California is globally renowned for his cannabis culture. Home of the famous Emerald Triangle, the cannabis grown in this American state has always been surrounded by a sort of mystical aura. It does not come as a surprise then, that licensed producers based in the Golden State strive to live up to their name. Among the best producers, there is Autumn Brands, located in the American Riviera, also known as Santa Barbara County. 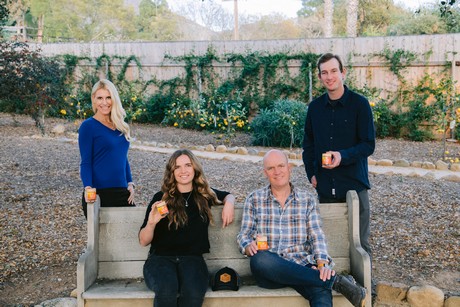 “We always focus on producing the highest quality and cleanest plant,” Hanna Brand, co-founder of Autumn Brands, points out. “We also focus on health and wellness and make products to help people with pain and other issues.” But before Hanna describes what makes her company stand out, she takes care to explain what growing cannabis means. “Cannabis is one of the cleanest crops you can grow,” she says. “As my father pointed out, you can wash your lettuce, but you can’t wash your weed. Which basically means that the product that you grow needs to be so clean and safe that it is possible to take it up and consume it without, indeed, washing it.” Exactly because of this, Autumn Brands does not use any pesticides at all. Yet, before they got to such a point, they faced quite a few challenges. 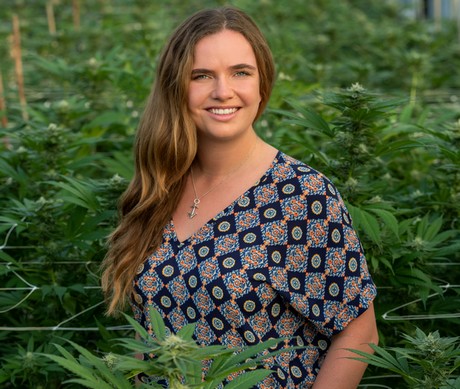 Road to be pesticide-free
“It took us some time to nail the process down,” she says. “There was one time when roughly 2,000 plants were filled with aphids, which were also spreading – it was a crazy outbreak. I thought that we had to throw them away because I didn’t think it would be cleaned up before they started flowering. Yet, my greenhouse manager asked me to move them to the greenhouse and give the biocontrol two weeks. If plants wouldn’t recover after that, then there was really nothing else we could do. So, we followed our biocontrol plan, released beneficial insects and watched as ladybugs flooded in. As plants got into the flowering stage, all the aphids were gone, and a lot of ladybugs came into the greenhouse. It was nice to see that we trusted in our process and were able to protect our crop in the most natural way possible.” 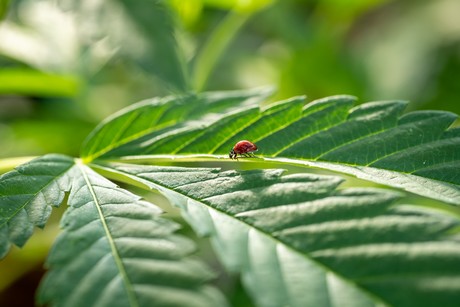 Even though the release of beneficials was instrumental to purge the plants from aphids, there were also other cultivation-related aspects to address. “When you stop spraying pesticides, you decrease your humidity which increases powder milder. We had to change our parameters to keep the humidity at the correct level. On top of that, we had to find new genetics that were resistant to specific pests. So we conducted a trial and kept four genetics from that.” At the same time, even though Hanna and Autumn Brands had several challenges, the results they got paid off big time. “We wouldn’t change anything,” Hanna says. “We lost a lot of crops, but at the end of the day, it was totally worth it.” 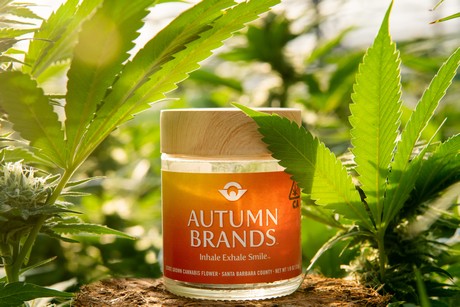 A bigger market
Since the cannabis grown by Autumn Brands is of such a high quality, Hanna hopes that she and Autumn Brands will be able to supply a bigger number of consumers, which could happen if policies change. “We are really hoping to become federally legal,” she says. “This industry is highly regulated: running such an operation is very expensive, but at the same time, we are not treated like a normal business: banking is difficult, and there’s no tax write off. In the event of a federal legalization, all those challenges might be easier to overcome. This would drive the operational cost down, and consequentially, the price for the end consumer would go down.” 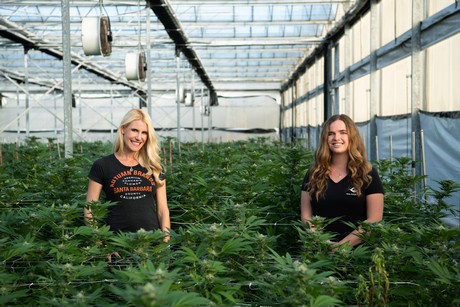