Front Range Biosciences, a cannabis and hemp genetics platform company, leveraging next generation breeding technology and R&D, today announced that two of its scientists, Dr. Reggie Guadino and Dr. Daniela Vergara, have been named to the Cannabis Scientist Power List for the second year in a row. The annual award recognizes the top 25 scientists in the industry who have pioneered research initiatives in cannabis cultivation, processing, testing and medicine.

"The entire FRB team congratulates Dr. Gaudino and Vergara on their well-deserved achievements, and we are thrilled that their expertise has been recognized by the broader scientific community," said Dr. Jonathan Vaught, CEO and Co-Founder of FRB. "Their passion for advancing cannabis research has allowed the company to create forward-thinking solutions that have not only set the scientific foundation for the legal industry but have also allowed cultivators, producers and brands to bring compelling new consumer products to market." 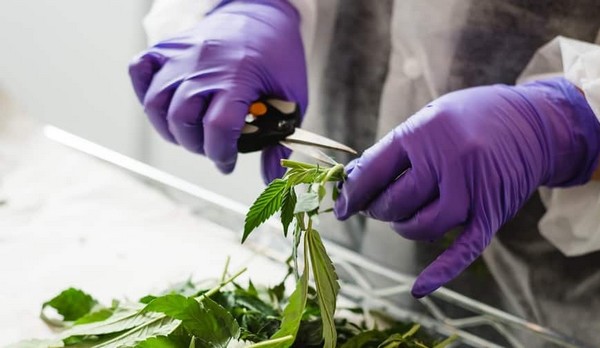 As FRB's Vice President of Research & Development, Dr. Reggie Gaudino oversees the company's cannabis genetics and scientific research division. His team has been instrumental in advancing FRB's breeding program by developing a number of unique and advantaged cannabis and hemp varieties. Dr. Daniela Vergara, a member of FRB's Scientific Advisory Board, has bolstered FRB's position as a leading provider of unique cannabis genetics through her research that identifies genes linked to the production of CBD and THC.

Dr. Gaudino and Vergara's contributions have allowed the FRB platform to offer differentiated breeding techniques at scale. FRB's history as an award-winning innovator within the cannabis scientific community establishes the company's reputation as a data-driven breeder that has pioneered industry-leading standards for pathology testing and quarantining. The platform's hands-on approach to R&D and breeding creates unique profiles, high volume and clean stock throughout the supply chain, consistent yields, and some of the top-performing genetics on the market.

The FRB platform leverages its proprietary breeding technology and expansive global genetics library to help cultivators develop exclusive, brandable strains, as well as minor cannabinoids and new flavors that appeal to evolving consumer preferences. FRB offers its clients access to an expansive library of genomic and phenotypic data, including hundreds of germplasm accessions and genome sequences. The company recently unveiled a new high THCv variety that will pave the way for medical research opportunities as well as unique consumer products and therapeutics.