During the full crop cycle, flowering is the most important phase in hemp cultivation. Flowering influences and determines both biomass and seed yield in terms of quantity of quality, we have found the most desirable flowering phases are short in duration and even maturity because it favours uniform crop development. Throughout this article, I will carry out a high-level discussion on the flowering dynamics experienced with Australian hemp genotypes, with a selection of varieties adapted to specific conditions where sowing and harvesting have been carried out and trialed for seven years. 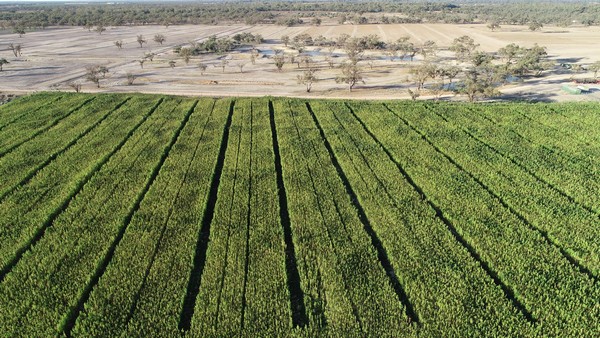 When industrial hemp cultivation is not intended for seed production, harvesting is typically carried out at flowering to minimise harvesting time and improve the efficiency of mowing. During a fibre production crop, stems normally cease their elongation and as a consequence, a large variation in flowering time decreases crop homogeneity, which is typically seen in undeveloped varieties. Whilst researching and producing crops in New South Wales and Queensland, sowing dates for fibre production were post-spring equinox whilst grain production was halfway between summer and autumn solstice. Whilst reviewing both monoecious and dioecious genotypes within these sowing windows, counts of flowering plants were carried out once a single anther and/or stigma was visible. The initial learnings we were privy to prior to conducting this research was that flowering percentage corresponds to the percentage of flowering plants, flowering duration was computed as the difference between the date of the last and the first flowering plant in the same plot. The result, the date when 50% of plants had visible flowers was defined as ‘flowering date’.

Flowering is often taken as a reference point for harvesting and very wide periods of flowering might mislead growers in judging the ideal time for harvesting. Throughout these crop trials, we observed a large variation in flowering duration which was influenced by the time of emergence in all genotypes. Dioecious genetics observed such as Farnsfield and King Gee, the time from emergence to 50% flowering decreased when postponing sowing, because of the long basic vegetative phase (BVP) and the high sensitivity to the photoperiod. Due to this combination of parameters, crops sown earlier (Spring solstice) at low temperatures have a long BVP that ends when the photoperiod is long and not favourable for flowering. On the contrary, when sown later, the basic vegetative phase (BVP) is completed sooner and flowering induction is desirable by a progressively shorter photoperiod. In monoecious varieties, in particular, Bundy Gem but also seen in Ruby, a shorter BVP and a lower sensitivity to the photoperiod results in early flowering in early sowings because BVP is completed when the photoperiod is still short and inductive.

Flowering duration, as well as flowering time in hemp, depends on the combination of genotype and sowing time. A minimal flowering duration would be desirable for agronomic reasons, but a short flowering duration was observed when time from emergence to flowering was also short, something that is related to low yields. In conclusion, the research surfaced throughout these trials has been the foundation of many successful supply chains within Australia due to a focus on optimal sowing times for selected varieties targeted towards specific production outcomes.