“As cultivation facilities get bigger, the potential risk of mold and mildew contamination increases too"

“Hundreds or thousands of plants in a room with high humidity and multiple other variables can create a perfect storm for mold, mildew and contamination issues,” says Mike D’Ambra, cofounder and owner of Innovative Solutions. Located in San Diego, CA, Innovative Solutions provides various technologies for food safety and cannabis production, including ProGuard. ProGuard is a technology that provides proactive air and surface sanitization.

As Mike explains, “you control your lights, humidity, temperature, and many other variables to ensure you achieve the best results. ProGuard air sanitization technology allows you to control pathogens and create a clean room environment that allows you to maximize quality and yield.” 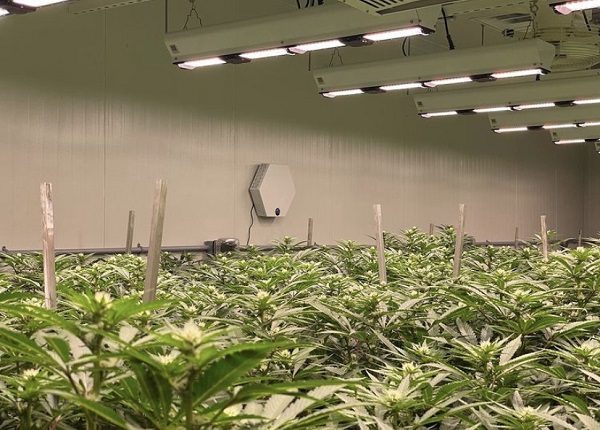 Actively fighting pathogens
ProGuard uses a patented multi-cluster ionization (MCI™) technology combined with a photocatalytic oxidation process to convert humidity into an ionized hydrogen peroxide vapor. The hydrogen peroxide vapor is then circulated throughout the cultivation room, effectively sanitizing both the air and surfaces in the room. ProGuard technology thus actively sanitizes the growing environment, whereas conventional sanitation methods work passively by only eliminating pathogens once they pass through the device. Examples of conventional sanitation methods include basic air filters, UV treatment and other photocatalytic processes. 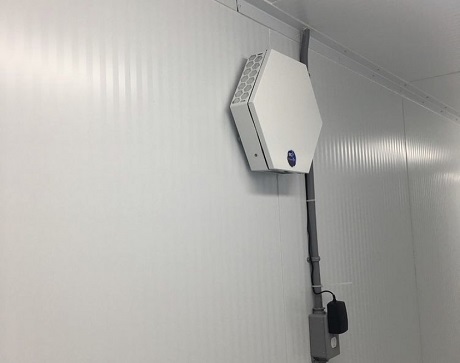 With indoor cultivation being relatively recent, most sanitation equipment currently used in cannabis facilities was originally designed for residential or small commercial buildings. As such, conventional systems may not be well adapted to crop production which presents unique challenges. It can also be difficult to increase the sanitation capacity for expanding and large-scale operations, whose air volumes are significantly larger than most residential and commercial settings. Comparatively, ProGuard technology was specifically designed for indoor crop production and can easily be scaled for facilities of any size.

“As companies continue to increase the size of their facilities and maximize growing capacity through vertical production, they also increase the potential risk of mold and mildew contamination. The ability to pass regulated microbial lab tests is a constant battle and major concern for every grower in regulated markets. ProGuard gives a proactive solution that attacks pathogens and helps growers actively reduce pathogen pressure and be able to pass microbial lab testing regulations,” explains Mike. 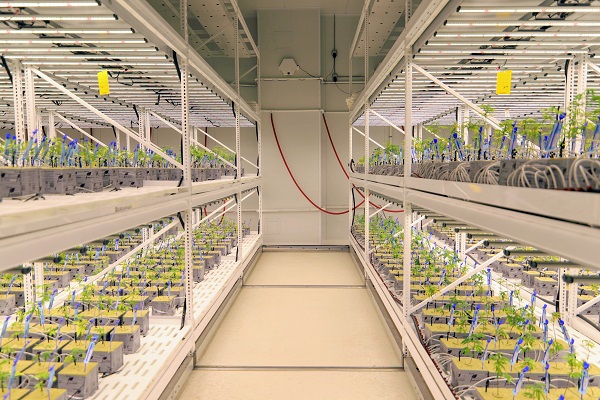 ProGuard technology has proven highly effective in two major trials, one of which was in a 60,000-ft2 facility in Massachusetts, where it significantly reduced the proliferation of mold and powdery mildew. ProGuard allowed the facility to consistently manage its microbial levels, increase crop yields and reduce costs associated with pathogen testing and remediation. As a result, the ProGuard units paid for themselves within months of installation. Similarly, ProGuard units were installed in a 30,000-ft2 vertical facility in Michigan and effectively reduced mold and bacteria populations by >98%.

Reducing losses
Aside from being highly effective, ProGuard is also cost-effective and reportedly costs less than half the price of competitive sanitization processes. The return-on-investment is further shortened by the reduction in crop losses, reduction in labor costs associated with pathogen remediation and higher product quality. Results from an extensive Canadian study reported a 15% yield increase in cultivation rooms using ProGuard units as compared to rooms without ProGuard. As such, ProGuard units often pay for themselves in the first harvest.

While ProGuard case studies have focused on cannabis production, ProGuard technology could be a game-changer for pathogen control in any controlled environment production.