What are the effects of Trichoderma harzianum on the growth of cannabis?

Not all fungi are bad for the cannabis plant, as some indeed are quite beneficial and can improve the growth of the plant and the end quality of the flowers. One of these beneficial fungi is the Trichoderma Harzianum: this fungus can create a symbiotic relationship with the plant, colonizing the root, offering protection from other potentially dangerous fungi, but also doing other things.

In a recent paper published in Microorganisms, authored by Ioanna Kakabouki et al., it is described a greenhouse experiment carried out on two hemp cultivars to study the effects of the Trichoderma Harzianum, especially with regards to the agronomical and quality characteristics of the plants.

The experiment was conducted at the Laboratory of Agronomy of the Agricultural University of Athens. The scholars carried out two different treatments, one with a low and one with a high dose of the fungus. Seedlings of the cannabis varieties ‘Fedora 17’ and ‘Felina’ were planted in 12 L pots, with soil and compost. The paper points out that the soil used was “clay loam with 29.3% clay, 33.8% silt, and 36.9% sand.” 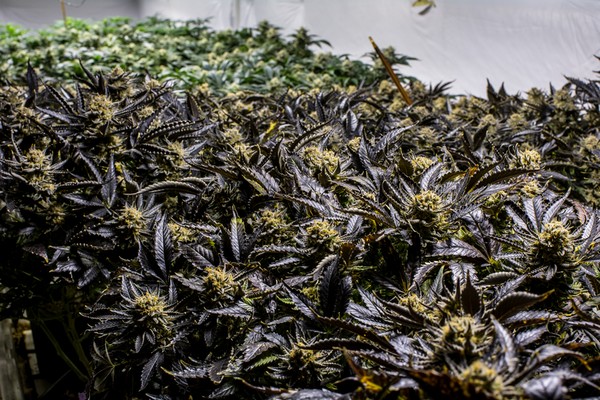 In the end, when the results of the experiment were assessed, the scholars noticed that the presence of the fungus generally resulted in a significant increase in the root density.

At the same time, the Trichoderma harzianum influenced the height of the plants and their dry weight. “Plant height was increased by 7.5% and 6.6% (on Fedora 17 and Felina, respectively),” the paper reads.
Similarly, the CBD content and the number of buds per plant were significantly affected, showing an increase.

The paper concludes by saying that this fungus shows to be particularly beneficial to boost certain agronomical characteristics of cannabis plants. However, the actual mechanisms behind such beneficial responses still need further understanding, which, once achieved, would provide growers with an additional tool to get the most out of their cannabis plants.