Known as Hop Latent Viroid (HLVd), the Ministry of Primary Industries has recently registered it as a new plant pathogen in New Zealand to affect a medicinal cannabis research crop. It will also be noted and released in the latest Surveillance magazine.

HLVd, previously known as ‘dudding’ or ‘stunting’ disease, was formally characterised in 2019 in Cannabis sativa, and its first reported occurrence in New Zealand is not unexpected. However, its early discovery by Helius is viewed positively for the country’s newest industry. Work is now underway locally to better identify and understand this pathogen.

Cultivation Manager at Helius, Ikaika (Kai) Keli'iho'omalu first discovered HLVd by sight in a cannabis research crop. Identifying the viroid this way takes experience. Something Mr Keli'iho'omalu has in abundance, as a third-generation cannabis cultivator who has managed commercial grow sites around the world, before emigrating to New Zealand. 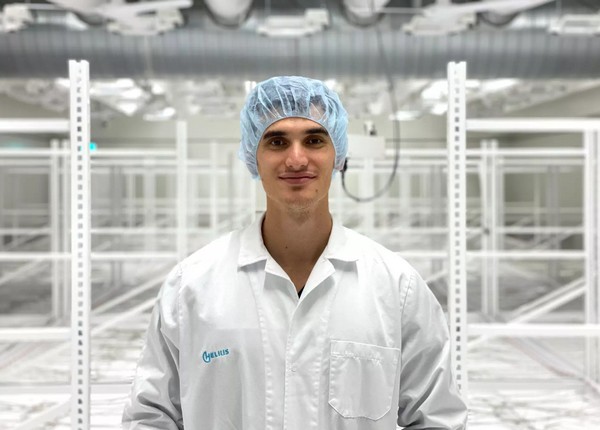 As cannabis seeds are imported to New Zealand, it was only a matter of time before HVLd was identified locally by licensed cultivators with access to analytical testing. Indeed, it is likely the viroid has been in the country for a number of years before this recent discovery.

She says, as well as Plant & Food Research’s work to establish a lab test to identify HLVd’s presence in plant material, and to better understand how it spreads and potentially treat it, Helius partnered with leading agri-tech company, BioLumic, to test for HLVd on its behalf.

The relationship with BioLumic is an established one. Last year, Helius announced its formal collaboration with BioLumic to research its unique ultraviolet technology to stimulate the growth of medicinal cannabis.

“Based in Palmerston North, BioLumic leads the world with its UV treatments significantly increasing yields. They’re all about natural solutions to crop protection and yield enhancement and so to have that level of international expertise right here underlines the strength of New Zealand’s biotech sector,” says Ms Doran.

Executive Director of BioTechNZ, Dr Zahra Champion, says the first reported occurrence of HLVd in cannabis is significant and a massive learning opportunity for the country’s new medicinal cannabis industry which will only help its long-term success.

As MedCan Summit 2021 organiser, Dr Champion says the two-day October forum is now investigating ways to include a presentation or workshop on HLVd and the many learnings for New Zealand’s medicinal cannabis sector.

“The confirmation that the HLVd is present in NZ gives the industry a big heads-up and reminds us all to be extra vigilant when it comes to biosecurity,” says Tim Aldridge, Managing Director of Puro NZ.

“We were fully aware of HLVd’s prevalence overseas, and have put in place measures to keep it out of our growing operations. In particular, the risk of HLVd was a key consideration when selecting Puro’s preferred seed suppliers.

Ms Doran says the Helius team, led by its internationally experienced Chief Science Officer, Dr Jim Polston, will continue to collaborate with the local industry on key findings and best practice. The company has been impressed with the level of commitment displayed by Plant & Food Research and officials inside the Ministry of Primary Industries.

"Delivering maximum yields and developing the world’s most efficacious cannabis medicines is our collective goal here in New Zealand. This discovery and added research will ultimately protect our industry, as well as help us reach and treat more patients over time," says Carmen Doran.