The scattered situation of cannabis regulations in the USA created a scenario where each state has different markets and entry barriers. So, for instance, it might happen that a company that wants to set up its operation in one state finds a saturated market. Thus, options are to fight to get a place where there’s very little, or try to look further and see if there’s some space somewhere else. The latter is exactly what Brandon Vandaloo and The Divine Collection did initially. “I have been breeding cannabis for decades,” Brandon says. “I had my hands in multiple start-ups in Colorado, we used to supply genetics to licensed producers over here. Yet, we wanted to be part of the cannabis cultivation business, we wanted to do it our own way. But Colorado was too saturated, with a lot of money involved as well as a considerably high entry barrier.”

Entering OK
That’s when Brandon started looking around and eyed Oklahoma. “Oklahoma is just next door,” he says. Unlike the majority of the states that regulated cannabis, Oklahoma had a different approach: instead of allowing only a limited number of licenses, with a particularly high entry cost, the state went for a more ‘forgiving’ route. The entry barrier in the Oklahoma cannabis industry is indeed lower than in other states, and this can also be seen from the sheer number of licenses issued. “And now here we are,” says Brandon. “The Divine Collection is now one of the leading producers in Oklahoma. We have no investment group, we are fully privately owned, and take care of everything by ourselves: we breed our cannabis, we grow our cannabis, and we extract our cannabis.” 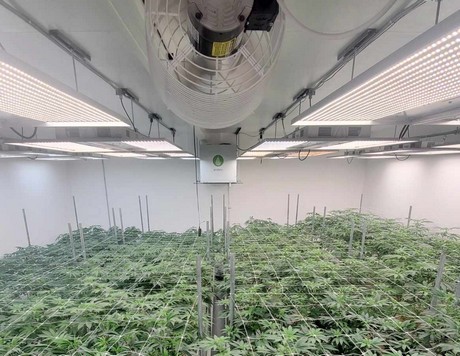 Brandon’s commitment to growing the best cannabis is reflected in the quality of his products. “We let our cannabis speak for itself,” he says. “We are 100% indoor, 400 sq. ft. per room, with different microclimates purposefully designed to grow different genetics at once.” And indeed, Brandon points out that The Divine Collection is growing 40 genetics in multiple rooms, and that they are continuously looking for more interesting ones to add. “We divide genetics between the different rooms where we can control every single variable, allowing our plants to express their full genetic potential.”

Growing different genetics efficiently
As large-scale growers know, growing different genetics at once can be particularly challenging. Yet, Brandon knows the tricks of the trade. “It’s not only a matter of growing different genetics at once, but the real challenge is also to get consistent and uniform flowers all the time,” says he. “That’s a completely different animal. Some people have a special connection to the plant, some have not. I think that eventually, it all boils down to the intention. We know what we want to get out from our plants, and since we are data-driven, we can overcome any obstacles. This also because we are motivated not only by the plants themselves but also by the patients we help.” 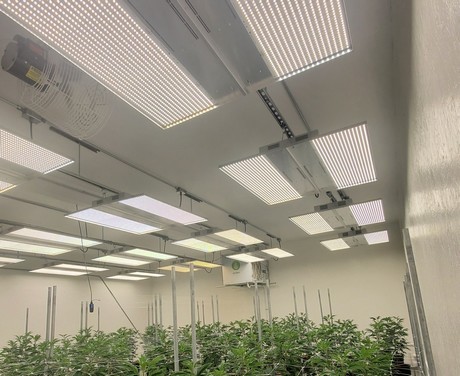 Growing cannabis at such a high level comes at a cost, obviously. Yet, Brandon and The Divine Collection found a way to drive the cost down, while driving the efficiency of the whole operation up. “We started with HPS lights, like the majority of growers,” he says. “But we wanted to focus on trichome production, and the possibility to adjust the light spectrum to that was very inviting when thinking of switching to LEDs. On top of that, with LEDs, we would consume less energy, as lamps produce less heat, and you’d need less activity from the AC to cool down the environment. But I despised LEDs for so many years, so I was definitely reluctant initially.” 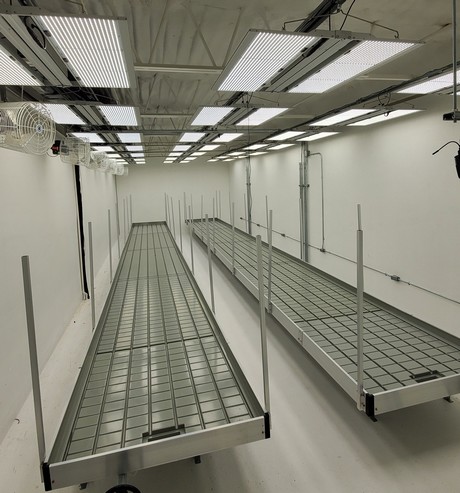 That’s when Brandon made contact with NextLight. “We hit off very well,” he remarks. “I tend to think outside of the box, and we have been bouncing ideas to understand the best course of action. They were there for me to support me while I was making mistakes – this simply because that’s how I learn!” laughs Brandon. And now, The Divine Collection is 100% LED. “I started with trying a couple of NextLight lamps, saw the results, and immediately went for a full conversion. That’s how I have been growing for the last 3 years.” 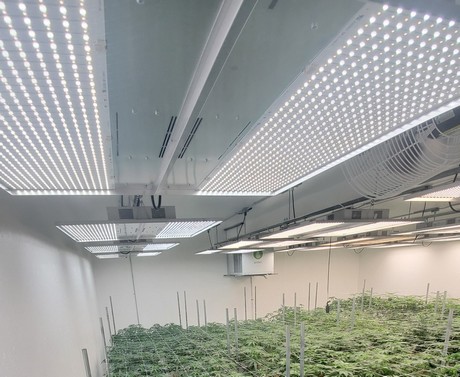 Considering the great experience Brandon has in the cannabis industry led him to have a very practical approach to this sector, especially when it comes to what’s next. “My policy is: hope for the best, plan for the worst. This mentality has allowed me and The Divine Collection to be always prepared for what’s to come. And that’s why we do believe that we are getting very close to a national level of decriminalization, and we do also hope to see some degree of standardization. But we are not going to hold our breath. We hope for the best, and plan for the worst.”