California holds a special place in the cannabis industry. After all, this was the place where many aspects of cannabis culture originated, some of which made their way to the current cannabis industry. Because of the pervasiveness of cannabis cultivation in California, the state rightfully assumed that a legal framework would not only have supported the economic growth of rural areas, but also improved the environmental impact of agricultural operations. However, not every grower was able to access the regulated industry.

In a recent paper published by Hekia Bodwitch et al. in the “Journal of Rural Studies”, the question as to why still a number of growers haven’t joined the regulated industry is explored. To find out why growers have either joined or not joined the licit market, the authors conducted a survey interviewing more than 300 Californian cannabis operators. The goal of the study was to find solutions to incentivize unlicensed producers to get into the regulated industry. 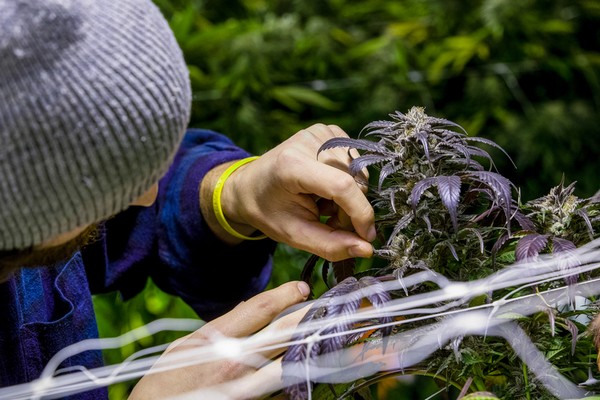 Unlike licensing initiatives for other crops, California has restricted access to cannabis licenses only to those growers who comply with certain environmental standards. Yet, the inherent issue with such an approach, however honorable, was that it was based on limited knowledge regarding the impact of the regulation. The risk here is to miss achieving regulatory initiatives as these depend on the participation of growers. As the authors point out: “Farms and farming communities can play an important part in sustainable natural resource management, and changes to farming systems can enhance possibilities for community-engaged environmental governance.” Thus, it goes without saying that it is hard to reach such a goal if regulations were implemented with a significant lack of information regarding cultivation practices.

With this in mind, the author proceeded to carry out the survey, asking specific questions while safeguarding the anonymity of the interviewees. They received several responses, claiming that “This study analyzes the largest survey of cannabis farmers in California to date.”

As probably not very surprising, the survey’s results showed that growers who decided not to comply were mainly motivated by “the financial and learning costs associated with transforming operations to meet regulatory requirements and navigate new bureaucratic systems.” And of course, such high costs majorly affected those farms with fewer resources. All in all, the study suggests that “decisions are not driven by social or normative factors.”

Quite surprisingly, the survey showed that both regulated and unregulated growers thought that regulations were useful especially with regards to environmental protection. Thus, authors claim that growers’ decisions “did appear to be driven by concerns about costs, financial and otherwise, that they would assume through regulatory participation. The vast majority of those surveyed reported high financial costs as a significant barrier to successful compliance.”

So, the authors point out that compliance can greatly improve the environmental impact of cannabis farms on the environment. Yet, the cost for complying is all on the growers, with no support from the government or other organizations. Therefore, the authors suggest that reducing the barriers to enter the regulated industry, and supporting growers with compliance, can greatly improve the positive environmental impact that regulations want to have. At the same time, it can enhance “the economic stability of growers and their community.”