If you’ve ever tried growing your own or advocated for legalizing cannabis, then you’ve probably heard of Michael “Big Mike” Straumietis. Standing tall at six-foot-seven, Big Mike is a self-made entrepreneur, philanthropist, and innovator who revolutionized the cannabis industry in 1999 when he founded Advanced Nutrients. In addition to pioneering the leading innovations in cannabis cultivation science, Big Mike’s research led him to acquire an unprecedented understanding of the plants’ great medicinal properties. From these discoveries, he formulated BigMike's Blends, his namesake line of ultra-premium outcome-based cannabis products that deliver precise effects no single strain can achieve. Driven by a mission to make cannabis an acceptable, everyday part of healing humanity, Big Mike and his company Advanced Nutrients, which has branches in over 107 countries, have helped turn cannabis mainstream.

Big in every way, Big Mike is also beloved for his big heart and genuine compassion for his fellow man. As an active philanthropist who contributes heavily to a wide range of local and international causes, he is the founder of the global non-profit Humanity Heroes, a charitable organization that provides for the homeless. More recently, he created his own reality television show Next Marijuana Millionaire, whose winners receive $1,000,000 in cash funding to launch a business in partnership with Big Mike. 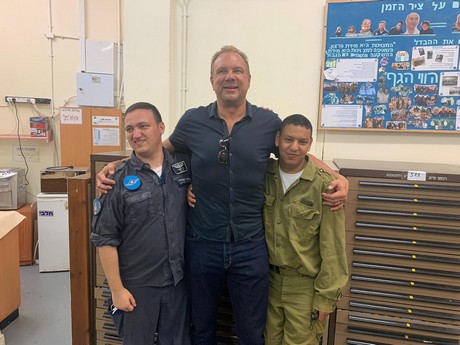 “I was sick and tired of seeing members of the community portrayed through negative stereotypes and wanted to introduce the real faces of cannabis to the mainstream population,” he explains his motive in creating the show. As one with an unswerving commitment to the cannabis community, he also personally mentors aspiring entrepreneurs looking to enter this niche.

On a business trip this week to Israel, Big Mike met today, Tuesday, with Haifa Group, one of Advanced Nutrients’ strategic business partners and a leading global supplier of specialty plant nutrition. In the course of a full day of meetings, Haifa Group CEO Motti Levine introduced Big Mike to the Special in Uniform unit that it sponsors. 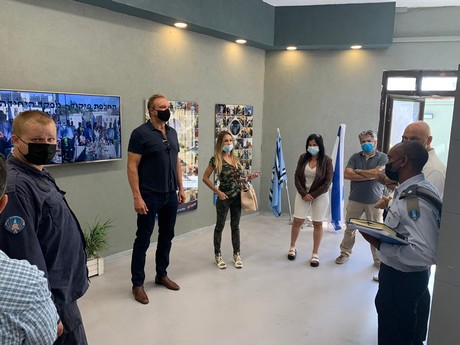 A revolutionary program of JNF-USA, Special in Uniform incorporates young people with autism, mild physical and mental disabilities into Israel’s military, offering them training and skills that empower them to integrate long-term into Israeli society and the workforce. The program accentuates the unique talents of each participant and places him or her into an appropriate setting within the IDF. Breaking down societal barriers and fostering widespread acceptance of social diversity, Special in Uniform focuses on the ability, not disability, of each individual, and encourages independence, inclusion and full integration into society.

Special in Uniform’s two-year volunteer training program culminates with graduating youths receiving their soldier’s IDs and being placed in military bases across Israel where they cull from the knowledge and skills that they acquired to perform important jobs on base, forget their disabilities and focus instead on their versatile abilities and talents. At Special in Uniform, kids with low self-worth mature into independent, confident young men and women who believe in themselves and their abilities. Throughout their years of military service, they acquire important social and life skills that empower them to meld seamlessly into society and, later, the workforce. 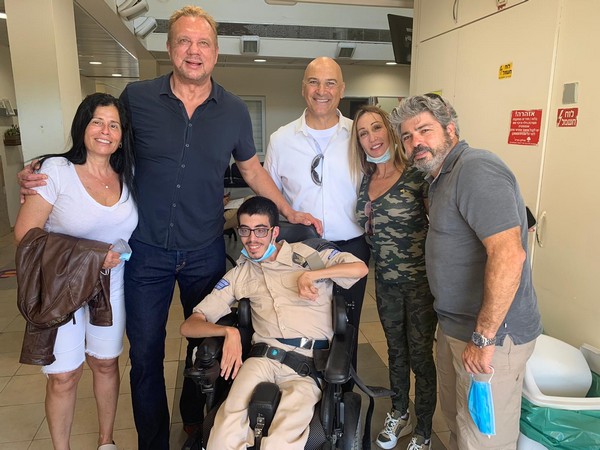 Several years ago, Haifa Group adopted a local Special in Uniform unit whose army base they included in Big Mike’s itinerary for the day. During his visit to the base, the giant six-foot-seven multi-billionaire marijuana king was moved to tears and rendered speechless in emotion upon meeting the determined young men and women who defied the odds to become full-fledged soldiers in the IDF, succeeding beyond expectation. On the spot, he announced his intention to adopt a unit of soldiers and found the Advanced Nutrients Special in Uniform, and in a heartwarming twist, Straumietis’ bodyguard was so moved by what he saw that he personally pledged $5,000 to the program, as well.

For many years Big Mike, who spearheaded the media and judicial war to legalize cannabis, fought an uphill battle, yet his efforts were ultimately crowned with success, as can plainly be seen. After meeting the soldiers, he later asserted that this inclusive military program is unrivaled anywhere in the world and that it should serve as a model par excellence for other countries that aspire to promote inclusion.

“Since I was young, I was committed to solving problems that people say are unsolvable, doing what everyone says is impossible. Young people like you are proving to the world that nothing is impossible and that you can accomplish anything you set out to do! It’s a pleasure and honor to meet you, and I look forward to meeting the soldiers in the Advanced Nutrients unit during my next visit to Israel,” expressed Straumietis.

“It was heartwarming to see how Big Mike was so moved by this amazing and inspiring program that he spontaneously decided to become the first international company to embrace Special in Uniform by establishing the Advanced Nutrients unit,” said Motty Levin, CEO of Haifa Group. “On behalf of both Advanced Nutrients and Haifa Group, I'd like to thank JNF-USA and the IDF for spearheading this great initiative and giving us the opportunity to promote positive change in this world.”