Currently employing 25 people, most of whom are researchers in plant science and genetics, BetterSeeds operates a dedicated, 1,200 square-meter (12,000 sqf) facility with labs and growing rooms and a 4,500 square-meter experimental farm.

BetterSeeds applies and improves the CRISPR-cas9 gene editing technology to develop new, improved varieties of selected crops. The improvement is achieved by embedding essential game changing traits, which are currently not available due to the limitations of conventional breeding and enhancement methods.

World population is expected to reach 10 billion people by 2050, this means 3 billion more people to feed than in 2020. Modern agriculture has exhausted its ability to leverage the available resources and cannot meet the growing demand for calories without expanding the farming acreage. The global population growth, diminished availability of farming lands, frequent economic and climate changes, and various technological limitations require developing new growing methods with better yields for the same area unit. 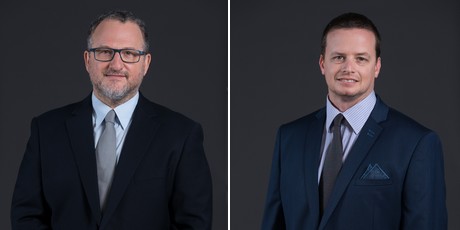 The genetic traits that BetterSeeds develops enable, among others, automated harvesting, significantly better nutritional values, higher resistance to the changing global climate conditions, transforming multi-seasonal crops to single-seasons and bigger yields. These traits, attainable only by gene editing, will provide growers with more flexibility and choice in diversifying their crops, accompanied by more cost-efficient growing and harvesting, will eventually transform global agriculture.

Aaron Berdah, BetterSeeds’ President and Chairman, said, “BetterSeeds applies its breakthrough scientific accomplishments to additional crops, positioning itself at the forefront of agricultural research and scientific development which will make it a global leader in adapting crops to the requirements of the next decades.”

Ido Margalit, BetterSeeds’ CEO and co-founder, said, “CRISPR technology, one of the most important transformative breakthroughs of the 21st century, is still insufficiently applied in agriculture. BetterSeeds is proud to be amongst the pioneering and leading companies in the world  applying and making  CRISPR accessible in order to save agriculture, which has been dwindling in most developed countries due to crops’ incompatibility to the current conditions and the challenges facing humanity.”