The old story goes that Jack found some magic beans, and overnight they grew up beyond the clouds. Every grower wishes to come across such magic beans – just imagine how many cycles you could do in one year. Yet, magic is just science waiting to be discovered.

“Magic Flower is a company centered around our Bud Finisher product,” Jo Hoeflich, founder of the company, explains. The intuition behind the Bud Finisher came during a period of struggle at Jo’s cultivation. “I also have a medical cannabis operation here,” he says. “One time, my plants got powdery mildew, it was extremely bad. My whole business was about to blow out because of that.”

Once upon a time, there was powdery mildew
So, Jo was struggling with powdery mildew and didn’t know what to do. “The thing was that I also didn’t want to use any chemical spray. So, I started buying literally every natural spray available. Yet, nothing worked well at all. I had moments of utter despair. Then, at one point I started looking at all the herbs and spices in the sprays I bought and realized that they were all very pungent, and maybe I could put together spices from the spice rack and they could work as a deterrent for mildew. Since I got to a point where I had nothing to lose, I decided to mix the 13 spices together and spray that on the plants. Initially, I started with a super low amount of my concoction, intending to slowly increase it until I found it to be effective, if at all."

So, Jo brewed his potion and proceeded to spray it on the plants. Then, the morning after, the incredible happened. “When I went to check the plants, all the pests were gone, but there was something else too,” he says. “For a reason I didn’t understand back then, the mixture had caused the trichomes to ripen. Basically, the active ingredients have eugenol and other compounds that work as an herbicide. The plant responds to that by triggering the dying process, and the ripening of the trichomes is a natural effect of that, like any ripening fruit. The thing is that it doesn’t force the plant to do anything, it instead tricks the plant into doing what it naturally does, just faster.”

It's not magic; it's science
“Well, as serendipity would have it, that original formula wiped out the pm and ripened the plants on contact, so I called it Magic Flower and my business was not just saved, but I also gained an extra full crop per year. A 25% income boost would be good news to anybody!” And that’s how Bud Finisher was born. 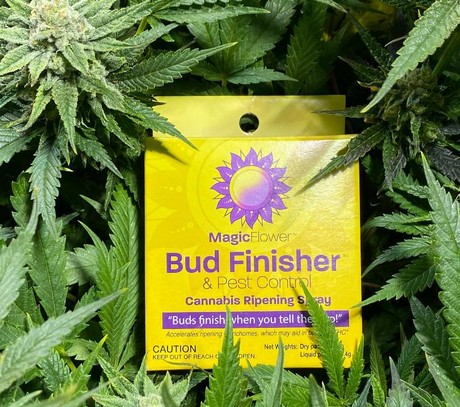 Independent third-party labs validated Jo’s findings, and scientifically backed the Bud Finisher’s effects. “What the Bud Finisher does is to basically add time as a factor,” Jo says. “You don’t have to calculate only how many pounds per square meter, or grams per watt per cubic centimeter, for instance; you should also calculate how many pounds you can get within a given time. I used to flower for 8 weeks and get 3.5 pounds out of one room on average. Now, with the Bud Finisher, I get 3 pounds out of one room, but that only takes 6 weeks. Those 2 weeks I saved became 1/3 of a new crop cycle, therefore equaling a full pound in the same time as I would have only made half as much without using Bud Finisher. Basically, you get more yields not because each cycle gives you bigger quantities, but because you can do more cycles, hence you get more quantity harvested over time.” 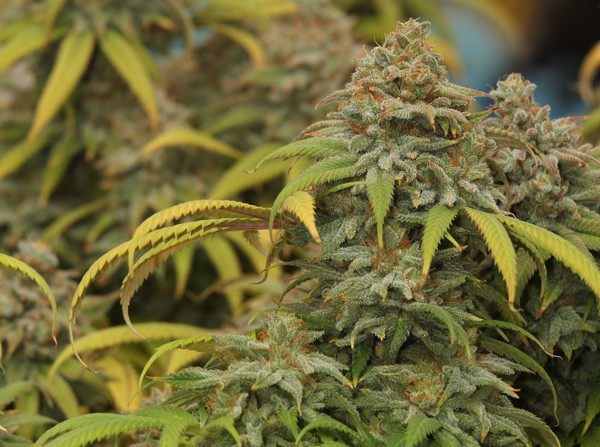 But as Jo’s story demonstrates, the faster ripening is not the only value of this spray. “The fact that this spray also works as a super pesticide makes it particularly handy for those growers struggling with pests towards the end of the cycle,” Jo says. “If you spray and you pick the next day, it will keep the product safe even during the drying process.”