“Quality and consistency matter” when it comes to medical cannabis cultivation. It’s a key message that CannaPacific conveys when you visit their site . In a highly regulated industry, the Australian biotechnology startup must ensure that its products meet stringent quality requirements. The staff must have precise control over the growing conditions at the company’s cultivation facility to deliver on its promise to regulators and customers, says Joshua Dennis, CEO and Founder of CannaPacific.

“To comply with the regulations set out by the Therapeutic Goods Administration (TGA) for microbials and bacterial testing on flower, you need strong controls over your environment,” Dennis says.

TGA is the regulatory body that oversees the safety of therapeutic goods in Australia. In 2021, CannaPacific began deploying an automation system from Argus Controls throughout its cultivation operations to deliver the type of control the company needed in an industry where proof is in the numbers. Any deviation from optimal operating conditions can impact product quality or desired cannabinoid content.

Building a ‘Center of Excellence’
CannaPacific’s operations are located close to Byron Bay in New South Wales, Australia. The company’s production facility includes 10,000 square meter of Dutch glasshouses and a high-security outdoor cultivation area capable of producing more than 14,000 kg of premium cannabis flower per year. The Argus Controls system is currently operational in three indoor grow rooms and two research and development rooms. The system maintains control of environmental conditions (heating, cooling and lighting) as well as irrigation and fertigation in both areas. The system also is scheduled to come online in four flower rooms, slated to open in late summer 2021, and to control irrigation and fertigation for an outdoor cultivation that’s currently under development. 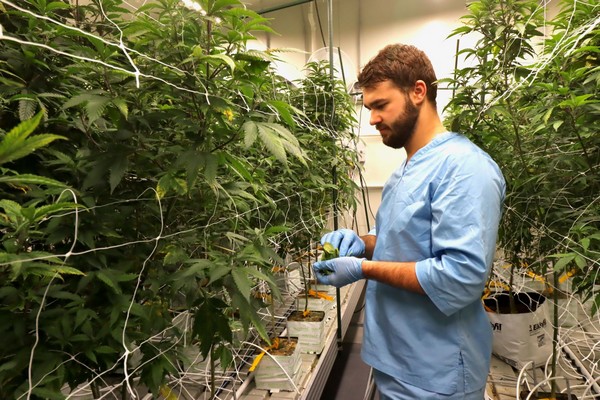 Supplying to several of Australia’s largest cannabis companies, including Europe, CannaPacific does not compete with its customers preferring instead to work on its strengths of cultivation and genomic plant breeding. Dennis said “Argus helps us to achieve quality and consistency for our customers.”

The company also is working to establish itself as a “center of excellence,” where other companies  wishing to work with cannabis, but do not have the resources, can rent space and conduct their own research and develop their varieties, Dennis says.

“Companies are  using our experienced team and high-tech environment to enter the market ,” he explains. A reliable control system helps the CannaPacific team ensure consistency and predictability during the breeding process.

Breeding Quality and Efficiency
CannaPacific employs 15 people at its cultivation facility. The Argus Controls system has already led to significant efficiency improvements and has paved the way for further gains as the company grows. Fertigation is one process that is noticeably less time consuming and labor intensive since the company installed the automation system.

“I think we’re definitely seeing that fertigation is where it’s having the biggest impact,” Dennis says. That’s been pretty awesome. To have that level of control to push different feeds to your plants at different stages automatically has greatly increased efficiency and lowered the demand on the workforce.” CannaPacific can also use the Argus Controls system to automate ventilation control, which is critical to minimize pests and pathogens, and lighting. Dennis credits Dirk Sprangers, technical sales manager for Argus Controls Asia Pacific region, and his team for helping to get the system operational on schedule and providing the ongoing support the company needs to ensure seamless operation. 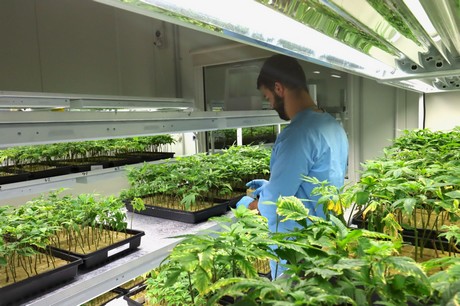 “The Argus team’s knowledge across the whole greenhouse system from the ground up has been extraordinary and has helped us to get the greenhouse operational,” Dennis says. “Having that support from people who understand the electrical, hydraulics all the way through has been exceptional. So it’s not about Argus just being a control system supplier. It’s the knowledge they bring across the whole construction of the greenhouse.”