How to mitigate Fusarium wilt

Just like humans, plants also don’t want to get ill. But while humans can voice their complaints, plants express themselves by showing: that’s why it’s extremely important to scout and monitor plants on a daily basis, to see if everything is going well with them or there’s something that troubles them. A grower needs to be able to pick up the signals a plant is showing to understand what’s wrong with them. However, sometimes it can be complicated to decipher what a plant is telling us, especially if the infecting pest is sneaky like the fusarium wilt.

The vascular system of cannabis
Jason Talmage is a director of cultivation and a consultant. He has worked on many large-scale cannabis cultivation projects, helping growers to properly set up their operations as well as putting them on the right track on the road to success. He is very much aware of the different enemies that growers face on a daily basis, and fusarium is one of the most annoying. “Fusarium wilt can be really tough for cannabis,” he says. “Fusarium is a fungus that affects directly a plant’s vascular system.” Jason continues to explain that a plant’s vascular system is like veins and arteries for humans. This system is critical as it distributes the products of photosynthesis throughout the plant. “With regards to this, leaves are also very important. They function as sugar repositories, from which a plant draws nourishment when necessary. That’s why is always important to leave some leaves on the plant; bluntly put, I would refrain from carrying out a too intensive defoliation.” 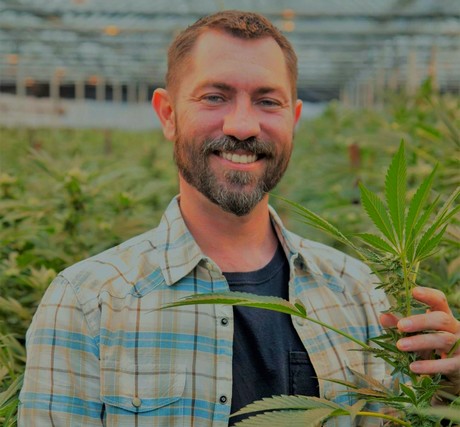 A sneaky fungus
Thus, it goes without saying how literally vital the vascular system is, and how potentially catastrophic an infection there can be. “Fusarium wilt is a fungus that lives in the soil,” Jason explains. “It gets into the plant through the roots, and eventually it clogs the vessel preventing nutrients to be transported across the plant’s vascular system.” Of course, plants would show signs of a fusarium infestation, but that’s not always easy to pick. “A sign of a fusarium infection is that a plant is wilting. Thing is, though, that a wilting plant is not necessarily affected by fusarium. Another sign of fusarium is also yellowing, but that too can be a sign of something else. On top of that, it is very strain-specific, with some cultivars showing more signs, while others don’t show anything at all.”

Signs of fusarium
Considering the difficulty of telling fusarium from something else, Jason recounts when he encountered fusarium for the first time. “Once, I was called to check a grow that wasn’t performing well, and the growers couldn’t figure out what was wrong in there. As I was walking with them through the cultivation, my attention was caught by this crooked branch in front of me. So, I looked at the entire plant, and I noticed that one half of the plant looked green and healthy, while the other half was wilting and yellowing. So, the first thing that I did, and that I still do in these situations, I smelled the roots as the plant might have had root rot – and this smells big time. But the roots didn’t smell funny. So, we sent a soil sample to the lab, which confirmed my suspicion. The wilting, the yellowing, they were all there; but that wilting branch, and a half-good plant, was a clear sign that there was something more than root rot going on there.” 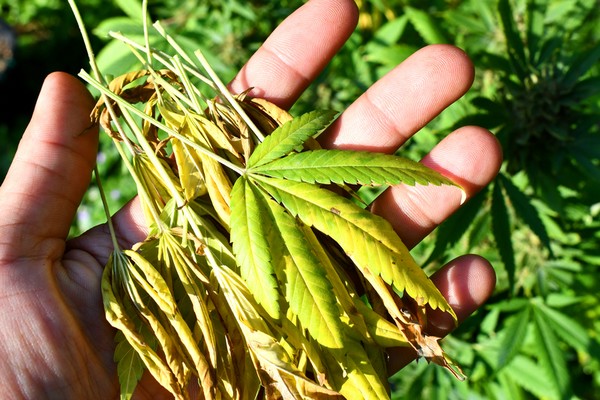 How to mitigate the problem
The problem with a fungus like this is that there’s no way to actually kill it. “You can’t fully eliminate it, but you can mitigate it so that you don’t have to throw a whole plant out,” he remarks. “Of course, what you can do depends also on the deployed cultivation method. If you grow outdoors, you might encounter fusarium a lot. But if you spot a patch of land as the sole place where plants are yellow and wilt, then chances are that that patch of soil is tainted with fusarium. Here, the best solution is to stop growing in that patch, and do it elsewhere, as the fungus can live for years.” 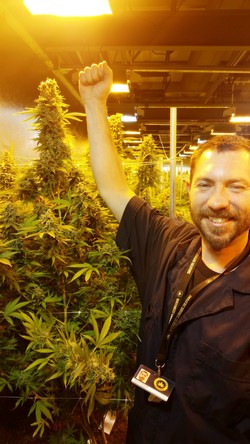 “When it comes to indoor cultivation, fusarium is usually a problem for those grows that recycle and reuse their soil. Most of the growers that do this use some sort of inoculant to clean the soil, but that won’t get rid of it: once it’s in the building, it will keep spreading. So, if a grower wants to reuse their soil, they’d need to get a steamer and steam the soil to sanitize it. This option can get quite costly as steamers are not cheap; yet, the ROI is assured as it allows growers to recycle their medium, keep it pathogen-free, and grow healthy plants.”

As Jason explained, if the fungus is in the building, then it might be too late. This doesn’t, however, mean that nothing can be done about it. “A method for mitigating fusarium is to dry the medium between watering,” he says. “Not to the point that it harms the plant, but let the soil dry out. Other than this, fusarium hates alkaline environments. So, put your pH up, as close to 6.8 as you can. For instance, try to raise it to 6.5, even if you grow in hydroponics. Another thing that is helpful is mycorrhizae, to be used every time you transplant. As said, there’s no way to fully get rid of every spore; but the remedies I have just described greatly help to mitigate the problem, saving you from throwing away your plants.”