What’s ahead for California and water?

With severe to exceptional drought affecting approximately 95 percent of California, questions are emerging about what lies ahead for this state’s agricultural near future.

Matt Dusi of San Francisco, CA-based Wells Fargo’s food & agribusiness industry advisors team notes that as growers moved into 2021, they assumed it was going to be a difficult water situation for their then-set acreage. “Now growers are looking at 2022 and saying it may look a whole lot different. Let’s see what we planted and where we’re going to cut back based on what the allocations for water are going to be,” says Dusi, sector manager, fresh and frozen fruits and vegetables for Wells Fargo.

“While grape growers on the Coast, for example, aren’t necessarily going to cut back on their permanent plantings, field crops in the Central Valley--melons, peppers, tomatoes and more--may be where this happens. I’m hearing from those folks that they’re really going to have to weigh how much water they’re going to get, and what’s going to take the least amount of water to farm, and more.”

This also draws focus to another ag-related business that may be affected: the processing side of California’s produce crops. “These production plants need a certain level of through puts to meet customers’ contracts. I think we’re going to see processors talking and trying to change the narrative to ensure they get the product they need,” says Dusi.

How heat hurts
Of course, adding to the already existing drought this season, has been the persistent heat waves featuring triple-digit temperatures. In turn, crops are affected by sunburn or, with wine grapes for example, a potential imbalance in sugar-acid levels. “When you see a heat spike coming, you start adding water to protect your crop. The lack of water removed a valuable tool from the farmer’s toolkit. With limited water available, you’re not able to slow down the maturity process,” says Dusi. “So without water, you have to pick earlier than expected.”

It also affects crop predictions where yield and sizing for example are assumptions based on an average season. “And drought is not going to improve sizing or yield,” adds Dusi.

Regional water challenges have emerged as well. While growers in the Central Valley have contended with drought for many years and are experienced in watering around different locations, along with drilling further into deep wells, growers there have multiple water sources and can react to extreme drought. “In 2021, it’s possible that the areas most affected are areas that don’t have these options or haven’t had to manage this challenge before,” Dusi says, noting this may be the case in regions such as Sonoma County or San Joaquin.

“Here on the Southern Coast where crops are on deep wells, if I’m a 50-acre farmer and my well is dry, my only option is to truck in water via a truck which is expensive and inefficient. If I’m a 50-acre farmer in the Central Valley, I can get water through the water district. It may be really expensive, but I can actually buy water because there’s a mechanism to do that. The areas without the ability to source water in alternative fashions may be hit the hardest.” 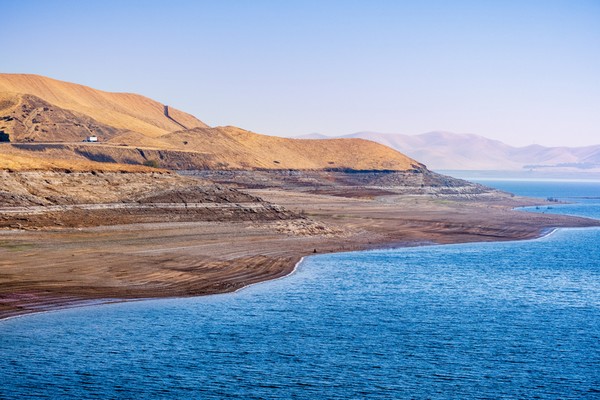 Looking at 2022
So what needs to happen to improve 2022’s dire outlook? “We’re going to need at least one to two years of good rain before we can get back to water allocations,” says Dusi. He adds that in the next two years, a reduced amount of product or acreage shifting around is also likely, with growers migrating to areas with better water availability. “We’ve already seen that. You can monitor real estate prices and you see prices in good water districts far exceeding those in poor water areas,” says Dusi.

The industry also continues on what they’ve been working on--think better irrigation practices (progressing from flood farming for example and moving to drip irrigation) and genetics. “Farmers are producing more yield per acre but with less water. Per acre we’re seeing significant increases and a lot of that is due to plant breeding,” says Dusi. He adds that the next step for farmers are technological advances such as soil monitoring probes, infrared and aerial images monitoring water across crops and more.

Federal help is also being called on. “Many people think we need concrete action from the federal government to improve our holding capacity. We’ve had multiple studies and millions of dollars spent, but we have not seen capacity change,” says Dusi. “The resounding sentiment we hear is a call for improved water infrastructure across the state instead of just talk.”

That said, Dusi remains optimistic on the outlook for California agriculture. “It’s not a good bet to bet against the California farmer. They’re ingenious in coming up with ways to get their product to market and get crops to grow in difficult environments,” says Dusi. “We’re going to see a new level of creativity from the California farms. We’re going to see a different irrigation method, a different focus on getting water and how to use it.”