Spider mites (Acari:Tetranychidae) feed on a variety of plant species by sucking the plant cell content through a pair of sharp stylets. Just like their name suggests, spider mites are tiny (approximately 0.5 mm in length) arachnids with 8 legs, and a cream color appearance. “Spider mite populations can grow at a very rapid pace,” explains Ian Bateman, Technical Service Manager at Hawthorne Gardening Company. “The initial stage of colonization commonly starts from the bottom third of the plant. First signs of damage show up as stippling or yellowish-reddish brown spots on the leaves close to the colony clusters, typically found on the underside leaves. These initially turn yellow and, with high population density, desiccate and die. On mature plants, branches above the main canopy and directly under growing lights are more likely to become infested with spider mites.”

Hemp Russet Mites (HRM)
HRM (Acari: Eriophyidae) is a specialist pest of Hemp and it feeds primarily on petioles and leaflets. HRM specifically feed on the surface layer of plant cells, piercing them with their minute mouthparts and feeding on the cell fluids. “Unlike spider mites, HRM do not produce webbing nor are they visible to the naked eye. They indeed require a higher level of magnification to be visible (15-20x),” he continues. “In enclosed areas, fans or even splashing water can quickly spread mites. Leaflets generally curl at the edges and may have a glossy wet look similar to heat stress. Leaves may have yellow or bronze spotting. Petioles become brittle and leaflets break off easily. In bad infestations, the mites crowd plants by the thousands and give leaflets a beige appearance.”

Broad Mites (BM)
BM (Acari: Tarsonemidae) are an important pest of a wide variety of plants, including CBD Hemp. “The mite commonly attacks young, growing plant parts and, similar to HRM, is very difficult to detect. They are colorless at first but become a rich amber when fully developed. Dispersal occurs through crawling, air currents and water. BM are often found on young leaves and feed mostly on the under-surface of leaves. Infested plants become unthrifty. Leaves curl downward due to the mite’s saliva being toxic to plants, and take on a glossy, almost plastic-like appearance. Eventually affected leaves turn yellow or bronze and die. Internodes shorten and lateral buds break more than normal. This new growth may also be stunted or killed, which forces out additional shoots. Sometimes the symptoms can be confused for tobacco mosaic virus. Similar to HRM, leaf symptoms from BM are also commonly misdiagnosed as overwatering, a nutrient deficiency or heat damage.”

Powdery Mildew
Powdery mildew is a the most destructive CBD Hemp pest. It is an obligate pathogen meaning it only lives on the plant and cannot be grown on a culture plate. When it begins, this disease is often invisible to a grower. “It tends to emerge, sporulate and spread any time from early vegetative growth phases through flowering, with the ability to thus destroying very mature crops with severe economic consequences,” Ian remarks. “It is believed to travel in clones, and it is not known if it travels in seeds. It appears as patches of white spores on the surface of leaves, thrives at temperatures between 68° to 77° F and >55% RH, and can cause early leaf drop and reduce flower bud quality.” 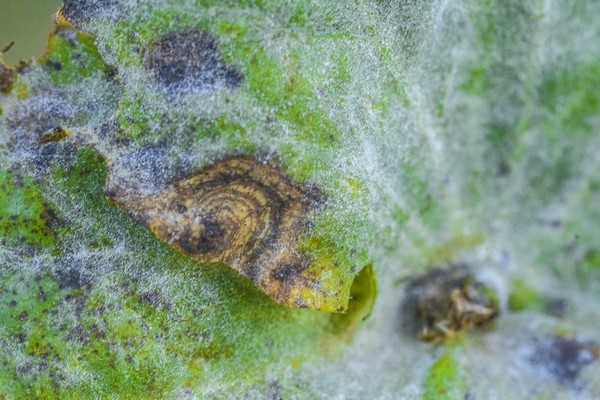 Botrytis/ gray mold
Gray mold is caused by Botrytis cinerea, a necrotrophic fungus that can cause severe damage to plants CBD Hemp and thrives at 68° to 77° F and relative humidity greater than 55%. “B. cinerea produces several cell wall-degrading enzymes and toxins that degrade tissues and can also infect plant wounds caused by insects or pruning. The fungus produces gray-white masses of mycelium and spores on the surface of affected tissues. Gray mold can cause brown, water-soaked lesions on all portions of the plant, including stems, leaves, and especially flowers. Leaves and flowers start to shrivel and turn tan, red or brown as severity increases and masses of gray spores may become evident.” 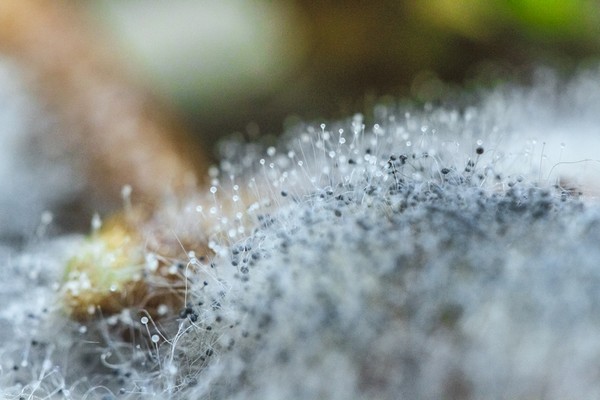 Pythium
The pathogens that are responsible for Pythium root rot, also known as water mold, are present in practically all cultivated soils and attack plant roots under wet conditions. “There are many species of Pythium that vary widely. These fungi can be spread by fungus gnats and shore flies, and soil moisture conditions of 70% or higher are conducive to infection by Pythium. Pythium infects juvenile tissues such as the root tip and may spread to the entire primary root, which eventually dies causing the plant to wilt and stop growing. Sanitation is important because Pythium spp. can survive in dust, planting media, or soil particles on greenhouse floors and in flats and pots. Pythium causes young cuttings and seedlings to wilt even when watered and eventually collapse and die.”

Fusarium
Fusarium wilt is caused by two closely related fungi, Fusarium oxysporum f. sp. vasinfectum and Fusarium oxysporum f. sp. Hemp. “Spores are most often found in soil, and can be spread by contaminated water or infected seeds. Once it infects a plant, it travels through the vascular system where the spores and mycelia clog up the xylem, causing the plant to wilt and die from lack of water. Symptoms include leaf yellowing, spots on lower leaves and wilted stems appear brown inside,” Ian concludes. 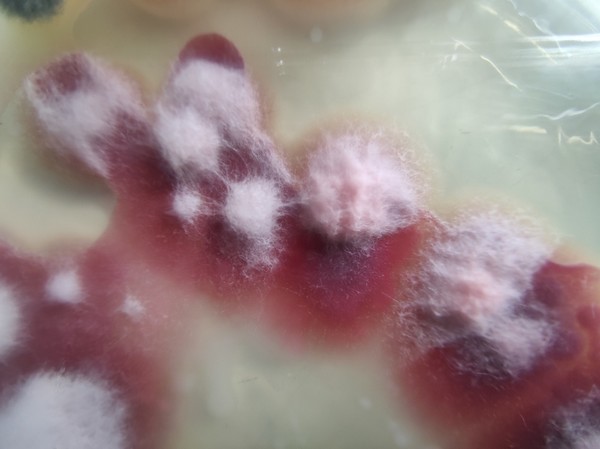 Now that we know who our enemies are, the only thing we are missing is to know how to fight them. Stay tuned for the next part of this series as we’ll discuss best prevention and control practices.

If you missed the first part, click here to check it out!