Over the past several months the Sheriff’s Office has been investigating numerous cannabis cultivation sites that appear to have severe negative environment impacts, including dangers to public waterways and fish and wildlife. 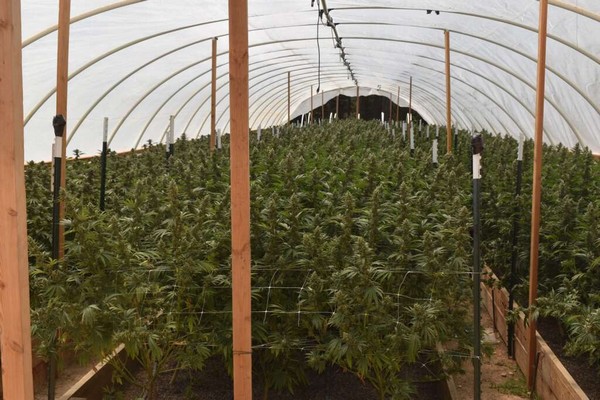 Both Erin Place and the Highway 49 locations bordered the Wolf Creek Class 1 stream. Detectives located three water pumps that were taking water from the stream and feeding large water storage tanks that were used for watering the cannabis gardens. Erin Place had a gas-powered water pump with a 2-inch water hose running from the creek to a storage tank approximately 200 yards away. The water pump, along with four gas containers, were within several feet of the stream. There was also a burnt pickup truck which had caught fire within several yards of the creek. 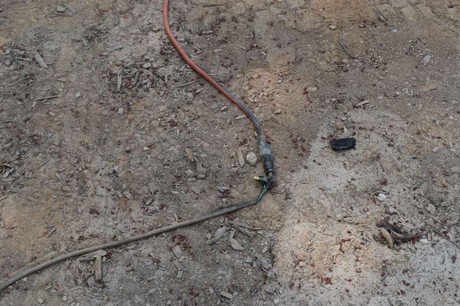 Dozens of yards of topsoil, along with numerous open containers of hazardous fertilizers, were also located within close proximity of watersheds, posing a real pollution threat to the public water come the winter rainfall season or any excessive water runoff. All of the locations contained fire hazards with unsafe electrical practices, including running generators, exposed electrical cords on top of dry weeds and pine needles, and open gas cans.

Detectives contacted approximately 12 people at the gardens who were all in violation by not obtaining the proper permits to conduct such large operations. One of the gardens had a constant running water hose, wasting water at a time of severe drought. 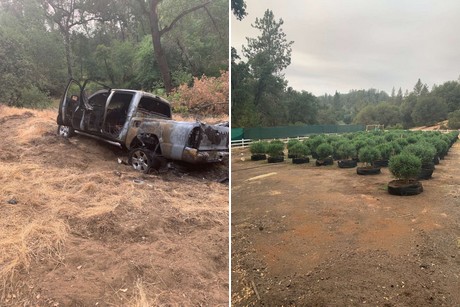 At the conclusion of the operation, over 5,000 cannabis plants were eradicated and over 30 felony violations were identified. Four criminal cases will be filed with the Nevada County District Attorney’s Office, along with the state water board and Fish and Wildlife, once the investigation is complete. 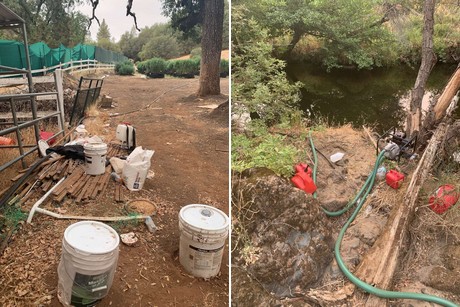 Sheriff Shannan Moon is committed to identifying egregious cannabis grows that present serious environmental concerns and a danger to the community. There is a pathway for permitted and legal cannabis cultivation through the Nevada County Community Development Agency. Harm to the watershed and environment will be taken seriously and dealt with appropriately.