When LED technology came out, growers were reluctant to change their tried-and-true HPS lamps. Yet, as the tech advanced and growers became increasingly aware of environmental sustainability, some cannabis operations decided to entirely switch from HPS to LEDs. The team with Phat Panda explains how it helped them improve their cultivation.

Phat Panda is an MSO that started in Washington and then expanded in California and Massachusetts. They started growing cannabis in a warehouse. “We moved in there in September 2014,” Mojave Morelli, Director of Cultivation at Phat Panda says. “Initially, we installed HPS lights all over the facility, including in the nursery.” Yet, HPS lamp technology does not allow them to carry out certain cultivation tasks, mainly because of the heat output. “We decided to go for a double stack bench system for the nursery, where we installed the T5. These fixtures, however, required bulbs; they were a good option but were not our ideal set up as we often had to add and remove lamps based on plant size and growth, while at the same time not getting the ideal spectrum required for easy transition from our Veg room to our Flower rooms. Then, we tested the Veg8 LED fixtures by NextLight, and we found them to be a perfect fit for our needs. The light spectrum was ideal and we found that the transition phases were much less aggressive on our plants.” After a while, it came the time for Phat Panda to expand their cultivation: they brought the cultivation to a total of 60,000 sq. ft. 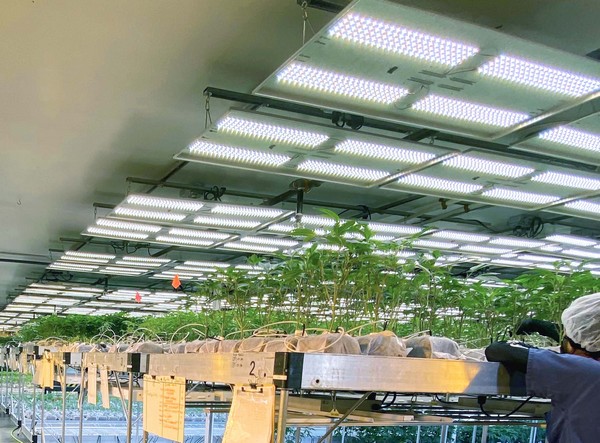 Installing and expanding
Quite an operation: growing and expanding at the same time? Facilities Manager Tyler Miller explains how the installations process turned out to be very streamlined, without unexpected expenses. “The folks at NextLight needed to know the logistics of our operation; with that info, they made things way easier for us. Having that from a feasibility standpoint is perfect for a company like us that has millions of things going on all the time.” Same thing with regards to the mounting to the benches, of which the installation was quick and easy. 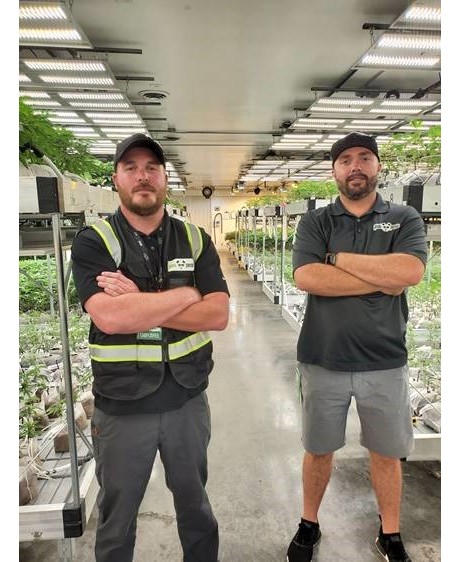 “As we grew, we started changing plant density by increasing the number of plants per square foot. That put a strain on our real estate for our vegetative space. That’s when we made a cost comparison between HPS and LEDs. However, we wanted to be sure to choose the correct lighting, the one that would work the best for our model and scalability. After having the plants under LEDs for 8-10 months, we decided to fully go for them. We cleared out all our benches and went double stack bench system with two levels of LED. That has allowed us to stack more plants as they could be closer to the light source because the heat output was insignificant compared to the HPS’.”

From there, Phat Panda started doubling the flowering area too, with LED fixtures as well. “We had a number of smaller control rooms where we would just put on any LED fixtures so that we could settle onto something that would be perfect for us. That’s how we eventually decided for NextLight. Compared to other LEDs we were using, their lamps had a more complete spectrum that worked perfectly with our environments,” he explains and adds that the ease of use, pointed out by their younger operators, was priceless.

Faster growth, more yield
But of course, it’s not all about the use, but the results one gets. “With
the new installation, we could decrease the veg time as we were able to move the plants under the light without the risk of harming them, thus giving them a more equal light: we are shaving up to 7 days from the veg time just because we could give them more light.” 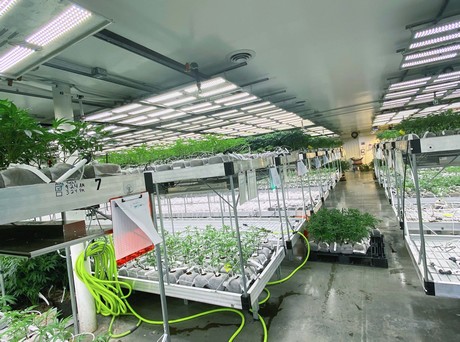 The Phat Panda growing strategy is grounded on Plant Empowerment. “Every indoor cultivation operates differently,” Mojave says. “So, we needed to understand what was going on in the environment, with our airflow, and so forth, and understand what our plant needed. That’s why we rolled out NextLight’s LEDs, and our plants respond producing the happiest flowers.”