“This cloning technique varies from others significantly"

When it comes to making medical cannabis products, it’s all about consistency. That’s why it is of the utmost importance to precisely control the growth of the plants, so as to ensure that there are insignificant variations from one batch to another. For these reasons, growers usually start cultivation with clones, as they give greater certainty of uniform and healthy growth. At the same time, cloning is a beast of its own, and it can be particularly challenging – especially considering that this step is going to influence the entire cycle. “Starting material for a pharmaceutical cannabis production actually requires you to start from clones,” says Franz Josef Sima, CEO of Happy Plant Consulting, and International Medicinal Cannabis consultant at Chronic-Co, Cape Town. “This because, as the name itself says, all plants would be identical. The phenotype variation from seeds would end up in a variation of the end-product, and that would hardly fulfill the regulatory requirements. For instance, the German market requires a variation from product to product as little as 10%.”

A history rooted in genetics
Franz’s history with cloning dates to 2009, when he started doing it for private purposes until he started working for Flowery Field, a big clone producer in Austria. “That’s where I learned about efficiency and standardized cloning techniques,” he points out. “Then, after working for 3 years in Head- and Growshops in Vienna, I decided to revive Happy Plant, the family business” Indeed, Franz comes from a family of horticulturists running a company named Egger Nurseries, which has been active since 1890, and then subsequently named Happy Plant. “In 2016, I finally started selling clones,” he continues. “And I realized with joy that my quality seemed to stand out, and the selections I brought into the market were found to be exceptionally good. Going overseas and visiting all kinds of expos and breeders to gather the newest genetics was a basic routine.” 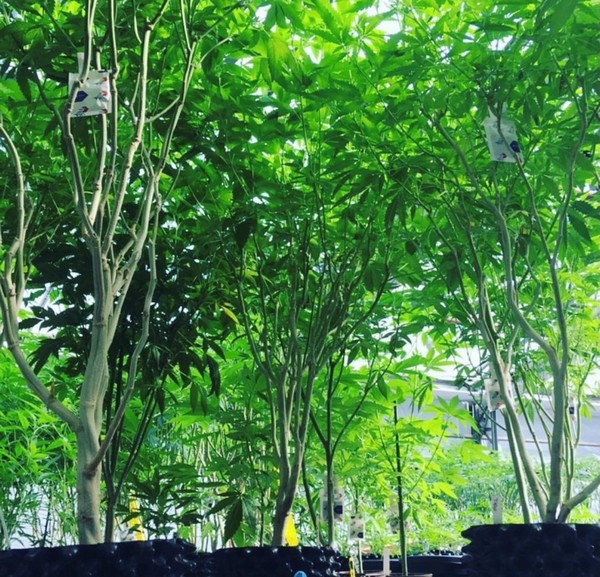 Challenges of cloning
That’s why Franz helps growers standardize their clones production. “Growers have to step up their game and realize that cutting clones is about standardization,” he says. “When I look at the techniques used in the USA, even in the biggest operations, I find it interesting that they don’t seem to be much aware of this topic. A Round, lollipop-shaped canopy on the mother plants will result in inconsistent clones, as the light penetration and hormone spread across them isn’t even. The main, top branch of such mother plants will always be the most vigorous, whereas side branches would have a different structure with a less thick stem because of the lack of light. Also, the size of the mother plants is always expected to be big, while smaller mother plants with controlled biomass and rootzone are always more efficient, in fact. If a big mother plant with a capacity of 300 clones goes sick it can damage the operation way more than a smaller, much easily exchangeable mother plant. On top o that, the lifespan of the mother plant, which shouldn’t exceed 1 year, dictates a more sophisticated approach to this. Replacement schedules have to be on time to be efficient, which is indeed way easier to handle with smaller mother plants.”

That’s why Franz says that there’s no need for huge pots or netting to spread the branches out. “When using the right cutting techniques, the plant can spread itself out,” he explains. “Simply take all nodes that grow towards the stem off, and the plant will naturally go into width. Steady cutbacks to the last internode and cleaning below this line will ensure controlled biomass to regrow clones.” 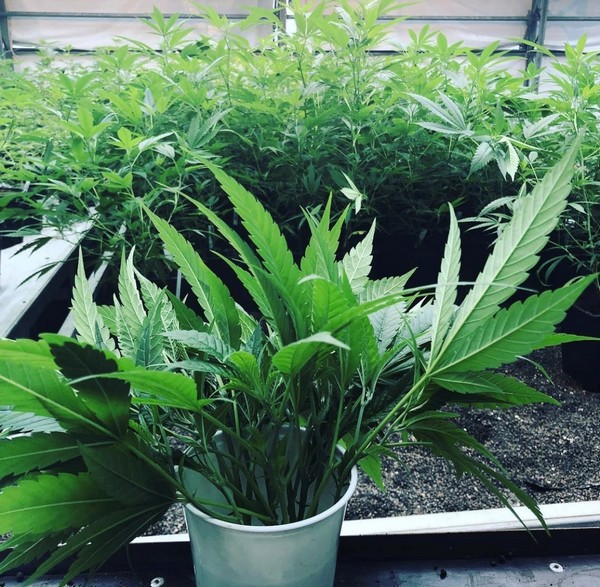 The real challenge though is doing this on a large scale. “Once introduced the proper techniques and the personnel is trained, cloning for high quantities can take place,” he says. “The most highly skilled person would be able to cut 1,500 clones and clean out the cut mother plants in one day.”

Franz's unique cloning technique
At the same time, Franz has developed a unique cloning technique. So, before an operation achieves that aforementioned daily goal, first they need to be educated on the actual methodology. “Generally speaking, the technique I promote covers a wide range of preventing common problems such as powdery mildew on mother plants and clones, controlling the life cycle of a mother plant as well as the medium and the root zone,” he explains. “All those factors, as well as a controlled mother plant cutback carried out every 14 days are part of a so-called standardized cloning procedure. Airborne particles are taken care of by CleanLight Air Units and by manual cleaning of the mother plants with hand units that emit UVC – a natural pathogen killer should be a daily routine.” 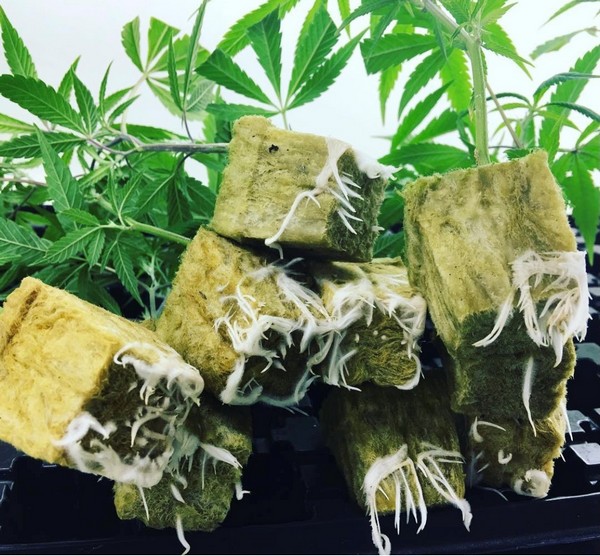 One of the most important parts of a plant is of course the root zone, which requires extra care. “The root zone of the mother plant is kept sterile by using hypochlorous acid and the right watering intervals. Controlling the biomass of the mother plant by cutting back to a certain internode and regrowing from the same height level has proven itself to give the same size clones with the same vigor and same branch development. It’s basically like cutting back a hedge and regrowing it, cutting it back and regrowing it. When brought to one level, the biomass is even.” 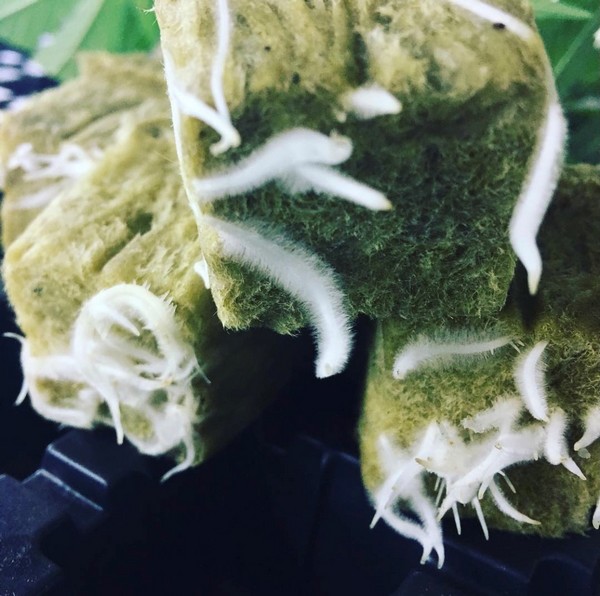 So, bluntly put, mother plants ready to be cut are taken off the grow table. The last vivid internode is detected and cut back to this internode so that the mother plant looks basically ‘naked’. After that, the cleaning out of the bottom part is carried out, that’s when possible dead leaves or light green material is removed. Now, all the energy of the plant is concentrated on the last internode left on the multiple branches. “This 14-day schedule has proven itself to work brilliantly in different setups,” Franz remarks. The cut clones then are placed into a fog chamber, as they transpire moisture and help them not to struggle after being separated from the mother plant.

“This technique varies from others significantly as those clones are consistent with each other in regard to size, vigor, and rooting times,” he says. “In 5-10 days, all the clones should have rooted already. Further in the veg, you can detect a quicker growth throughout these clones.”