Although it has been talked about for years, a growing area of legal cannabis has still not been realized within the Dutch closed coffee shop chain experiment. Last night, a documentary, with various people involved, including two very different growers, about the start-up process aired.

On the one hand, there is John Meijers, who grows with his wife Ines. He has experience with growing cannabis for years in the countryside in the province of Groningen. He has been doing this 'illegally', although the Justice Department and the Tax Administration were aware of it. That transparency did not prevent police raids, a high fine, and a criminal record.

On the other hand, there is Project C, one of the aspiring growers most talked about in the media from the beginning of the experiment. This project involves a lawyer, a politician, a general practitioner, and Pascal van Oers, who is well-known in horticulture. 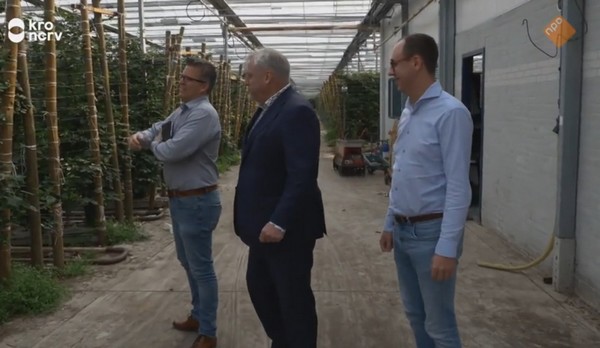 Location
The documentary follows both growers in their process. John shows his shed, which will be filled with cannabis. He laughs about the 'fortune hunters' who plan to join the sector, and their plans to grow in a greenhouse, for example. They stand no chance, according to John, who points out the high demands that cannabis plants make on the climate and the risks of rot caused by condensation.

Project C visits, among others, a blackberry greenhouse in Etten-Leur. For €1.6 million, they can buy the business, after which they want to knock it down and build an 'industrial box', according to the neighbors. The neighbors, in their turn, protested vehemently against it, with success.

The municipality refused to cooperate with the arrival of Project C, not for the first time. It results in Project C not being included in the experiment.

Watch the entire documentary here. Documentary maker Frans Bromet clearly hints that he himself wonders about the success of the experiment, as several interviewees tell him in the documentary.