"A tsunami of automation is coming our way"

About a hundred interested people listened to the futuristic story of futurist Christian Kromme during Future Trends & Innovations yesterday. Many of the techniques and developments he mentioned are not nearly as futuristic as we often think nowadays, he argued using waves, a pyramid and the necessary film clips of (horticultural) techniques.

The futurist was the keynote speaker during the fifth edition of the event, organised by AVAG, Hortivation foundation and TNO. Just like last year, this was an online edition. Because of this, the programme was shortened. The organisation hopes to complete the full programme on 12 April 2022. 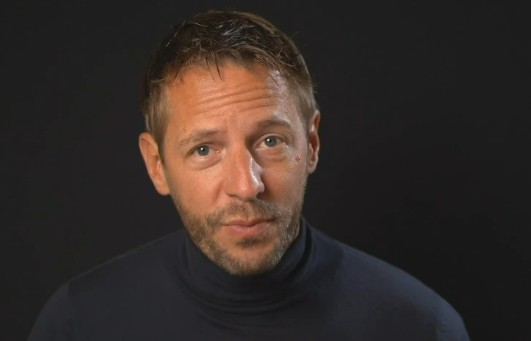 Tech wave
Yesterday afternoon's theme was 'ecosystems'. The futurist showed that biology is ultimately 'the roadmap' to where technology is going. Right now, for those with an eye for it, we are seeing 'a tsunami of digitisation, automation and disruption coming our way'. A stressful experience for many, according to the futurist, but not for everyone.

What is a threat to one is an opportunity for another. Christian points out that it is currently many startups that see these opportunities. They are using the 'powerful tech wave' to gain momentum quickly. Subsequently, those who embrace new technologies can be one step ahead of the competition. Those who are too late or have reacted too late may experience the pain of disruptive technology.

Blinkers off
The futurist called on everyone, both online with 120 participants at the peak and some 25 listeners physically present in the World Horti Center, to 'take off the blinkers and look around you'. Within companies, it helps to create a culture in which people are in 'a relaxed mode', which allows them to dare to make mistakes and at the same time to be more creative and innovative, according to Christian. Here, as often in his speech, he cited the comparison with human cells. They do 'exactly the same' as technological developments. 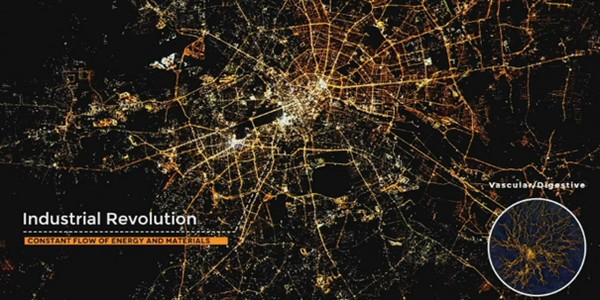 At this point in his argument, the seven-wave model was added. Following Darwin's theory, the futurist showed how it had once been possible for cells to develop into man in seven stages. "Today we are going through the same phases, only now everything is going much faster," he said.

According to Christian, the companies that can best cope with this enormous acceleration in developments have the best chance of survival. And these are certainly not always the big companies, he said. This is where the horticulturalists pricked up their ears.

A series of examples of (horticultural) technological developments followed. The futurist showed film clips of apps that let people look inside plants, systems from Iron Ox, Seeder and of robots from Boston Dynamics which, on the basis of artificial intelligence, completed an obstacle course very similar to that of a human being. "These could be the future tomato pickers," the futurist told everyone. "It still seems far away, but it is going much faster than we think."

Selling algorithms
The futurist was then asked numerous questions by the audience and those at home or in the office. One of the questioners rightly pointed out that many of the examples the futurist gave were from international companies. What about Dutch horticultural technology companies? Can they still compete in this competitive world full of disruptive technologies? Yes, Christian answered. However, he pointed out to the listeners that according to him, the opportunities no longer lie in large-scale production, but in selling algorithms in the future. "That is where relatively small companies with a lot of knowledge can distinguish themselves."

The futurist believes that in the light of wave six or layer six in which we now find ourselves, we, humans, should no longer focus on hardware, but on software. Through extensive automation, it is now possible for people to advance to wave seven or layer seven (the holographic wave / the layer of 'everything as a service', as there is now increasingly 'intelligence as a service'). According to the futurist, people should focus on the so-called 'soft skills' and look for the connection with each other. The 'hard skills' will be taken care of by robots and machines.

Reptile brain
On this last point, it was a pity that the event yesterday again had to be held largely online. A beer and a chat afterwards was out of the question. However, before everyone concluded the webinar or went home, a short panel discussion was held with two 'newcomers' in the sector: Hans van der Salm from Havecon and Sander Baraké from Ridder.

Annie van de Riet of AVAG, who moderated the programme, asked both gentlemen about their first experiences in the industry. Hans, who previously worked for KLM, said he was surprised by how international the sector already is. "I would not have thought that 80-90% of horticultural projects worldwide are already Dutch." 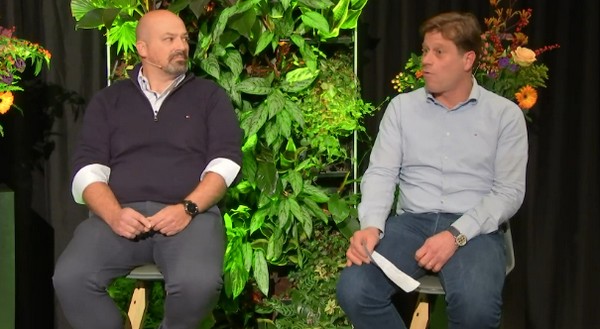 Sander, with a background in telecoms, was also surprised, in this case by how much technology can already be found in and around the greenhouse. He indicated that, in his opinion, the crux of the matter lies in bringing the technology to the user, not in the technology itself. The easier it is to use the technology, the better. And that is precisely why new technology is often needed.

Finally, Hans returned to the futurist's argument. "I think we are now in phase 4 and we are mainly learning from each other. We are in the middle of the automation revolution, the period of the 'reptilian brain'." This is how the futurist described the phase in which processes are automated and people can focus more on the world around them.

Role of sector organisations
The futurist sees an important role for trade associations in this 'learning from each other'. Individual companies often find it difficult to share knowledge, especially in horticulture, while in other sectors (Christian mentioned logistics) companies have already reached the point that they know there is no other way.

Annie once again referred to Ben Verwaayen's presentation from two years ago. Others may remember this year's National Horticultural Conference. There, transition expert Jan Rotmans was the one who did not believe in sector organisations at all when it came to transition and change. 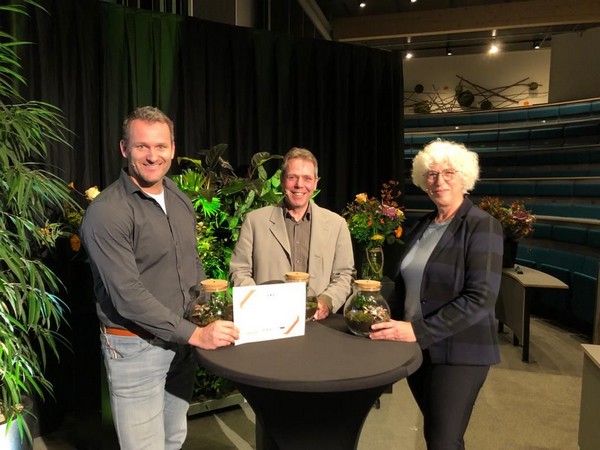 You can listen to the entire webinar again using the webinar registration below.