After Malta has recently become the first country in Europe to legalize adult-use cannabis, the industry is waiting for the next country to make the announcement. With the local government having discussed their interests and its potential of being a major market addition, the cannabis industry is awaiting Germany’s full legalization. As CEO of Clever Leaves, a multinational cannabis company with operations and investments in the US, Canada, Colombia, Portugal, as well as Germany, Kyle Detwiler is able to give insights into what the German legalization would mean for the industry. “Unfortunately, there is still much left uncertain, but there are several important questions to which the answers will be of much influence to the industry.” 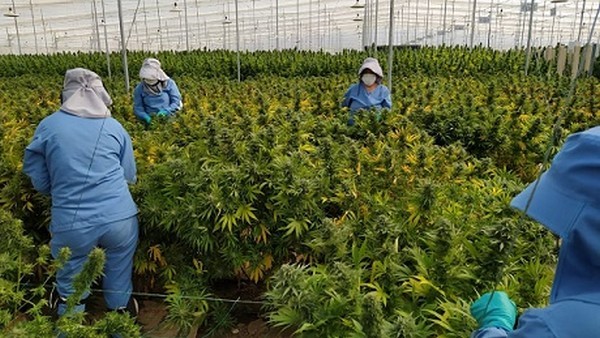 Pharmacies or dispensaries?
The first obvious question is regarding the timeline, says Detwiler. When can we expect the German government to take action? “Even though the coalition has already announced their plans, the pandemic has provided them with a distraction, which is understandable. But on top of that, the coalition itself is divided on how to handle the legalization, as it includes very liberal perspectives as well as more moderate ones.” On top of figuring that out, it will be an important decision where the new adult-use products will be sold. “Will they start using dispensaries? Or will they use the pharmacy infrastructure they already have in place for medical cannabis? The consequence of that could be that there is more quality oversight such as EU GMP certification, but the distribution and retail network is already in existence.”

Germany-grown or imported?
Next up on the list of uncertainties: where will the cannabis come from? “At the moment, there are only three German companies who are licensed to grow medical cannabis, and receiving a license is difficult. Also, they need to consider whether it would make sense to increase local cultivation. The country is proactive about ameliorating its environmental practices, and adding energy intensive cultivation facilities may not fit in that framework. Perhaps there could be import agreements with other countries, such as Portugal which is within the European Union and thus may arguably be compliant with older United Nations drug treaties which restrict international exports of certain substances including recreational cannabis.”

Quality and taxation
And what will the regulations be quality-wise? “Will they mimic the current high standards for their medical cannabis or will they be different? We have heard that Germany is considering putting a potency cap on the recreational products, meaning that there would be a limit on the amount of THC in the product. Additionally, we have heard some talk about the taxation. Germany may have a really high taxation on the recreational product. This would be a surprise to many in the industry, as many have the expectation of it becoming affordable, but that may not be the case.”

A major market
Now that it has been about a month since Malta’s legalization, Detwiler says that this is a good step forward. “It is a good signal that they have made the decision to fully legalize, as it will become easier for surrounding countries to do the same. Once Germany legalizes, this will be a very important market and may create a domino effect.”