"Adjustable LED modules are a game changer for many growers"

There's a new option on the market for growers looking for a replacement of the 1000W HID luminaire. It's the TripPlane luminiaire developed by P.L. Light Systems. "As the first luminaire in our ParFX™ product family, the TriPlane leverages the best features of LED and HID technologies—high light output, controlled distribution, optimized efficiencies, and exceptional thermal management", the team says. "With a light output of 2100 μmol/s and an efficacy of 3.2 μmol/J, the TriPlane sets a new standard for LED horticultural lighting as a true 1-for-1 replacement of the 1000W HID luminaire." 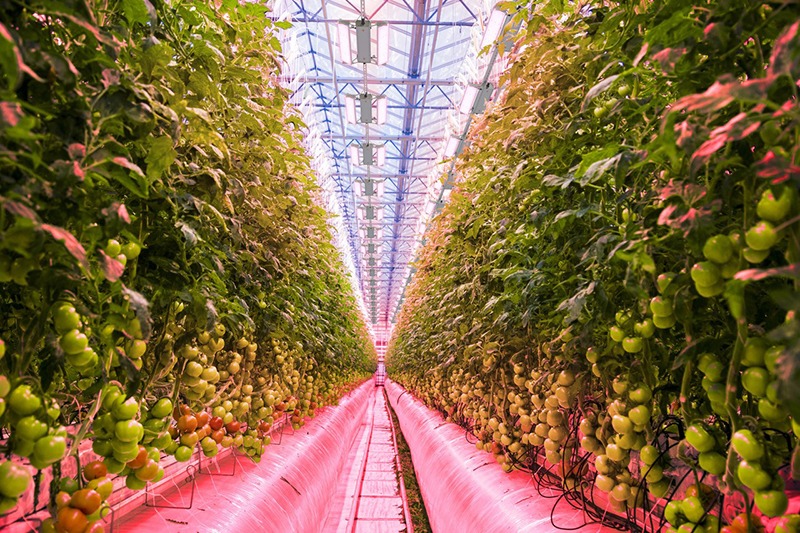 Designed for maximum flexibility, the TriPlane’s LED modules can be adjusted independently in precise increments in either direction—allowing for highly customed light distribution, depending on the application.

“What makes the TriPlane unique, are the adjustable LED modules—allowing for application-tailored light distribution, which I see being a game changer for many growers,” explains Todd Philips, President of P.L. Light Systems. “As a true 1-for-1 replacement of the 1000W HID luminaire, growers can finally achieve the same light output, distribution and uniformity as traditional technologies, with all the benefits of LEDs.” 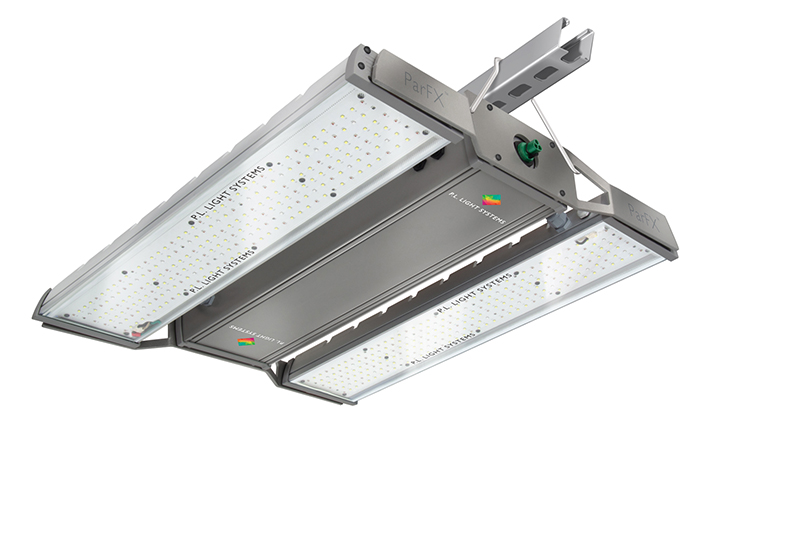 Delivering optimum color efficiencies, the TriPlane is available in two spectral recipes, which can be used in standalone LED applications, or in combination with HID luminaires for hybrid applications. A standard horticultural power connector and intuitive mounting brackets allow for a plug-and-play retrofit of existing HID lighting installations.

According to Todd, the TriPlane is thermally and mechanically engineered for optimal thermal management, which maximizes the lifetime of the luminaire by reducing heat stress on the plants and lowering HVAC loads. "The integrated fins on the top of the aluminum LED modules are engineered to dissipate heat through conduction for optimal passive thermal management. The integrated driver is housed in an aluminum enclosure that is separated from the two LED modules to allow for maximum airflow around the electronics compartment, further allowing for passive cooling." 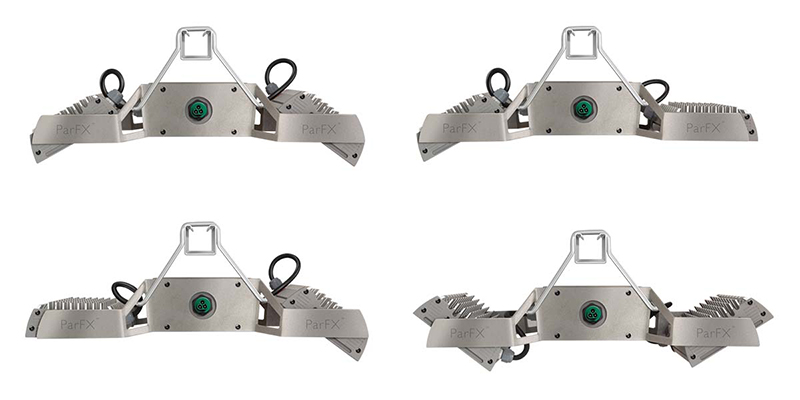 TriPlane luminaires can also be daisy-chained to save on wiring and installation costs in both new and retrofit applications, while the specially designed mounting brackets allow for quick and secure mounting of the luminaires on both track and truss systems. Remote dimming allows for seamless integration with compatible control systems–enabling exceptional control of light levels and energy consumption.