Yesterday, the Italian Constitutional Court rejected the referendum on cannabis on the basis that it would violate international treaties. This decision came the day after the same Constitutional Court rejected another referendum on euthanasia. The president of the Court, Giuliano Amato, a few days before stated that the Court wouldn’t be nitpicking the referendum proposals. Yet, it seems as if that’s literally what they did, with a final decision that feels more politically motivated than grounded on the actual Italian Law.

“The referendum wasn’t about cannabis, but rather drugs in general,” President Amato said during a quite unusual press conference. “It referred to substances like poppies, cocaine; the so-called hard drugs, that is. That was enough to violate international treaties.”

More politically motivated than theoretically grounded
However, that seems not to be true at all, as the goal of the referendum wasn’t to change the law, which only the Parliament can do, but rather to change the wording of three commas in the Law on Narcotics. Specifically, the referendum wanted to eliminate the word ‘cultivate’ in comma 1 of article 75 of the law. Comma 1 states that whoever cultivates, processes, produces, substances in Table 1 and 3, should be punished with jail time and a fine. Contrary to what Amato said, that wouldn’t have allowed the cultivation of any drug. The thing is that comma 4 of the law states that the same punishment implied in comma 1 would also apply to substances of Table 2 and 4, cannabis that is. This means that if the word ‘cultivate’ isn’t canceled, people growing their own would still be punished with jail time. That word specifically refers to plants. Cannabis is a plant, and can only be consumed if cultivated. Cocaine, opium, and similar substances require processing to be consumed. Processing would still be considered a crime, and therefore it wouldn’t violate international treaties. Besides the fact that cultivating poppies or cocas would be particularly difficult if not outright impossible in the Italian climate.
Not only that, as President Amato even contradicts himself with his second statement. He said that even though the word ‘cultivate’ would be canceled, it wouldn’t eliminate the punishment for growing narcotics, and cannabis in this circumstance. So he said that such a referendum wouldn’t accomplish what it intended to do. This sounds rather odd, as the referendum either doesn’t do what it wants to do, or it violates international treaties. The issue with that is that articles 26 and 28 that punish the cultivation of narcotics refer to large-scale cultivation, and not to home growing. Therefore, eliminating the word ‘cultivate’ wouldn’t allow the cultivation of any narcotic plant, or large-scale, professional cultivation. 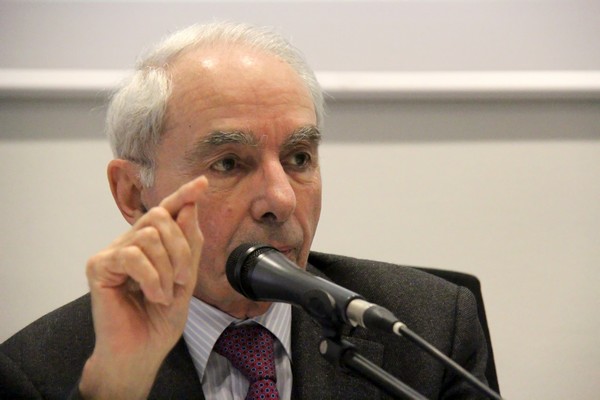 “This clearly was a political decision, and technically ignorant,” said Marco Perduca, president of the cannabis referendum committee. “I wouldn’t be surprised if the Court didn’t look at the 2014 updated Law on Narcotics, since many legal experts we called made the same mistakes. Amato’s statements are even more serious because show a complete lack of knowledge of international treaties, and he is a professor of international law. This decision was completely political, which is literally the opposite of what the Constitutional Court should do. On top of that, such a decision was communicated during a press conference using a language that aligned with what you’d hear in conferences on prohibition.”

"We didn't do anything wrong," said Riccardo Magi, president of +Europa and promoter of the referendum on cannabis, during a press conference. "We are used to bitter defeats but the reasons must be clear. Amato has hastily dismissed this referendum, and so far we do not even have three lines of a statement from the Court explaining the rejection. If you want to intervene on comma 4, soft drugs that is, you can only adjust comma 1. So, why wasn't it about hard drugs? Because cannabis, hemp, is the only plant that can be consumed without other processing actions. Let's not joke as President Amato did saying 'you grow poppy, you grow coca'; grow it on the balcony and see if it grows, and then you tell me that you consume it without processing it. Bluntly put, this decision is something disrespectful not towards those who promoted the referendum but against those who signed it, and especially democracy ".