“As a specialist in climatic chambers, we can adapt to specific requests”

“Aralab always wanted to be the tip of the spear in technology. Our goal is to manufacture climatic chambers that allow R&D and production cycles to master plant growth operations at the highest level. That’s why we founded Grow to Green, in 2015.”

Since then, Aralab has collaborated with various Universities and crop science companies. “That allowed us to gain a lot more understanding of vertical farming, up until today. Nowadays, Aralab can ensure the most accurate control in terms of crop science,” says Joao Pereira, Commercial Director at Aralab. 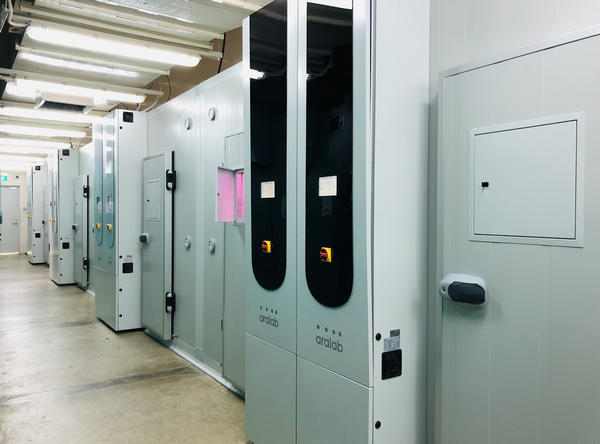 Climate-focused
Aralab, a Portuguese company that is focusing on research chambers, has been in the industry for quite a while. Originally, the company started manufacturing Climatic Chambers starting in 1985. Soon after that, the chambers for Plant Research became a signature product for the climatic industry. Today, their chambers are sold in over 55 countries globally, whereas most of the sales are in Europe.

In the BIO domain, the company’s clients are very broad in scope, as Joao puts it. It's mainly Universities and crop science companies as they tend to buy chambers for specific applications in research. On average projects can range from one to ten chambers in a single location. 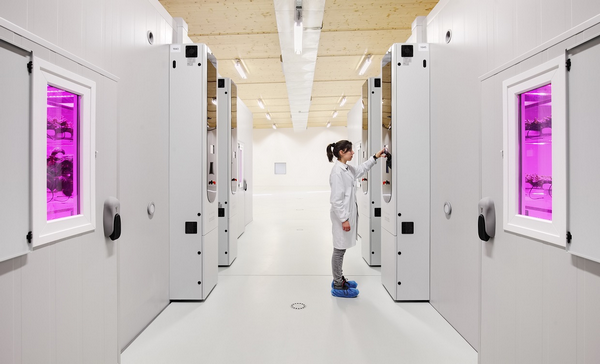 Aralab has three business areas: BIO, which is climatic chambers for life science applications to analyze plant growth, Arabidopsis, insect rearing applications, among many others while controlling all major growing parameters inside the room. Then, there’s the pharmaceutical side for which Aralab designs chambers to conduct STABILITY and photostability testing with “bulletproof” environments.

Lastly, the TESTING industry where Aralab is working together with larger global players in the Automotive, Electronics, or Aeronautics fields. For such players, the company is creating simulations to analyze how products react to certain parameters in tailor-made chambers. 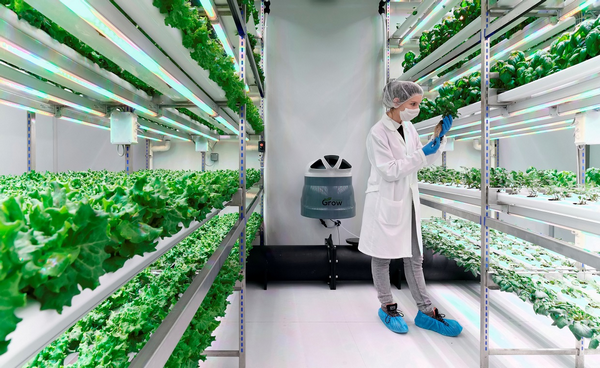 Tailored solutions
For plant research, the standard range chambers start at 600L (which is about the same size as a home fridge) and go all the way up to 25.000L (the size of a living room). Nevertheless, when demand asks for it, the company has manufactured chambers much larger than that with hundreds of cubic meters.

Aralab started into vertical farming as the company has a lot of expertise with accurate climate control and, especially, how to create the ideal growth conditions and mitigate contamination risks in indoor facilities, that’s why they always advise having multiple chambers to cut down the risk and ensure ideal conditions. 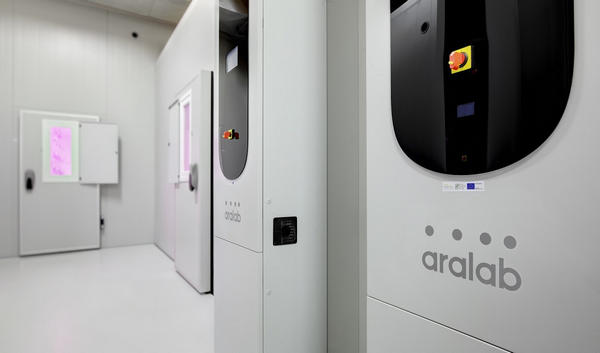 “Aralab is a company at scale globally, but that doesn’t mean that we’re too big to adapt. We can provide an all-in-one solution, from racks, LED’s, hydroponic systems to external systems suited to any height or width. If a client wants to grow 200 plants inside the chamber, we’re designing the chamber around it. Guaranteeing a tailored solution allows clients to grow efficiently. Let’s say companies want to test out a facility with trolleys or robots, we can easily adapt by adding in wider corridors e.g. to test out the parameters.”

Joao points out that separate chambers help maintain a clean and disinfected growing area, limiting contaminations. “Whereas a container farm might be more fragile to pests as it mostly doesn’t have a secluded area to enter. Containers also have a fixed dimension. However, when using three or four growing rooms you’re much more flexible. It ultimately leads to more efficiency and more flexibility on the growing cycle.”