The signatures were recently placed for the takeover of Phyto-IT by sensor producer 2Grow. Phyto-IT, a spin-off of the University of Ghent, was a supplier of 2Grow until recently. With this takeover, 2Grow will have the entire chain in its own hands. The takeover means that the sensor producer from Destelbergen can now grow faster and can more easily anticipate the wishes of growers from the market. 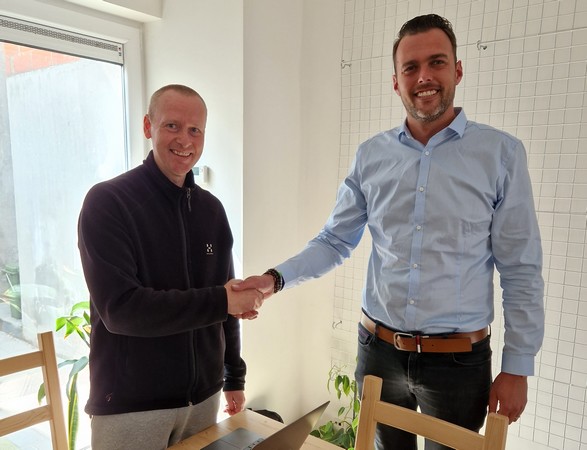 Phyto-IT is the older of the two companies but also the lesser known of the two in the market. A conscious choice, says Dirk De Pauw, founder of Phyto-IT. "As a spin-off from the university, we saw that the plant sensors used in laboratories were extremely valuable. In practice, however, those sensors weren't used much. With that in mind, we decided to set up a company to bring the sensors into practice." Along that path, Phyto-IT came across the young company 2Grow. "It was then decided that they would take care of sales and support."

In the summer of 2021, the two businesses started talking about combining the companies. Wouter De Bruycker, CEO of 2Grow: "At that time, the first intentions for a takeover were expressed." When asked if it is a 'maturing step' for 2Grow, he nods. "Our main goal is to make growers more efficient. We want to do our bit to feed the world's population by helping growers produce more in the same area." Sales manager Olivier Begerem is enthusiastic: "We can now start growing exponentially." Phyto-IT and 2Grow will remain two separate entities. 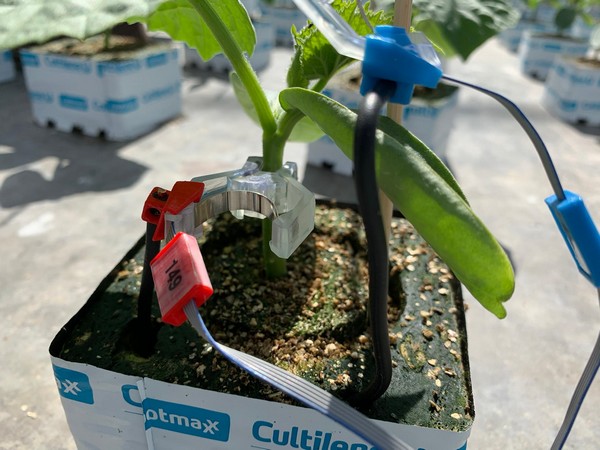 2Grow offers plant sensors that measure the plant in real time, basically like a Fitbit. With this information, the grower can quantify the effect of all actions in the crop and thus better anticipate and respond to the climate and all external circumstances. In this way, they can monitor plant vitality and stress, among other things, resulting in higher quality and fewer losses. 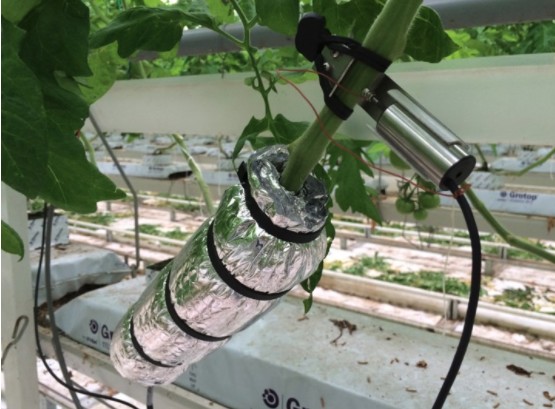 Responding faster to the grower's needs
For the customer, the takeover means that information from the grower can be converted into product development even faster. Wouter: "We have always had a lot of direct contact with the grower and therefore hear what they need. Now that we have the production and R&D in-house, we can switch faster." Dirk adds: "The efficiency of the flow of information improves enormously through this step."

Now, it is not the case that 2Grow will be shooting off in all directions in terms of product development from now on due to the strongly divergent wishes of the growers. Olivier clarifies this. "Before, Phyto-IT and 2Grow both had their own roadmap, which were clearly different. This is because we are in direct contact with the grower. In the case of Phyto-IT, there were many contacts with academics." 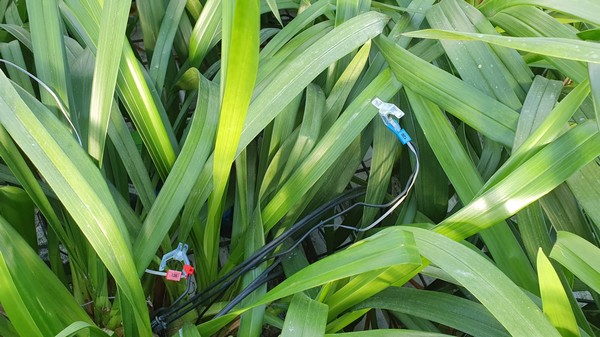 New products
Dirk gives an example. "Phyto-IT has always focused on effective measuring on the plant with both a sap flow and a stem diameter sensor. Sensors that are also very valuable for growers. However, they increasingly asked 2Grow to also be able to measure other things in the greenhouse. Other sensors are needed for this."

2Grow wants to bring such sensors onto the market in the coming years. Extra people will be deployed for this in production and sales and service. The first new sensors are expected this year. These sensors go further than measuring directly on the plant. 2Grow is going to present the data that this produces on its own data platform. Wouter: "We started developing this platform even before the actual takeover.

Here, too, there is a clear difference between the two companies. Dirk: "Because the university is an important customer for us, the data platform is also designed for that purpose. To also serve growers who have very different needs, we have kept our platform quite general so that it is usable for everyone. On the other hand, this means that the platform is not always specific enough for growers these days." 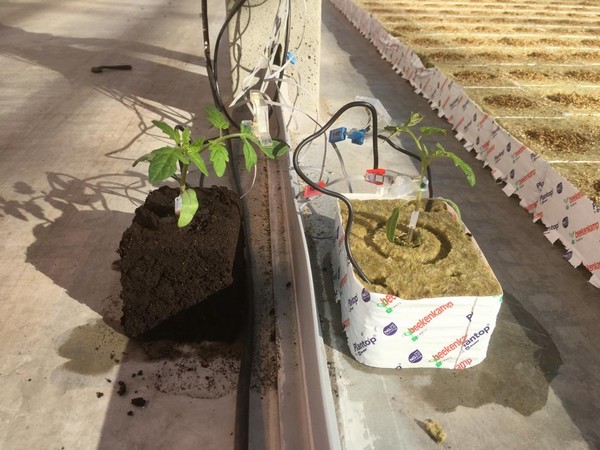 Ready-made
Now that it has taken this step, 2Grow itself can choose which way to go in order to meet the grower's requirements. "Most growers are not academics. We want to focus our new products on those growers. We see that it is still a challenge for growers to interpret data easily," says Wouter. "The platform is the first big step in a series of improvements that the customer will experience in the coming months and years. We want to make it possible for the grower to observe the status of the crop at a glance and thus be able to react even faster. The platform will offer more bite-sized information. In the future, we are going to move more and more towards further automation of the advice in order to be able to offer even more information in real time."

2Grow can be found at HortiContact in Gorinchem from 10-12 May at stand C203.