NFU Energy is an energy consultancy with a special focus on agriculture and horticulture. They help farmers and growers develop renewable energy schemes, improve energy efficiency, procure energy, and comply with energy regulations.

Solar energy has particularly bright prospects thanks to current and future high energy costs, there is now a real opportunity to benefit from cost savings and income streams in a much shorter timeframe. According to Jonathan Scurlock, chief renewable energy and climate change advisor at the NFU, “The Government’s ambition to increase solar energy generation by up to 500% by 2035 has given a major boost to the industry creating attractive diversification opportunities for some farmers and growers.” 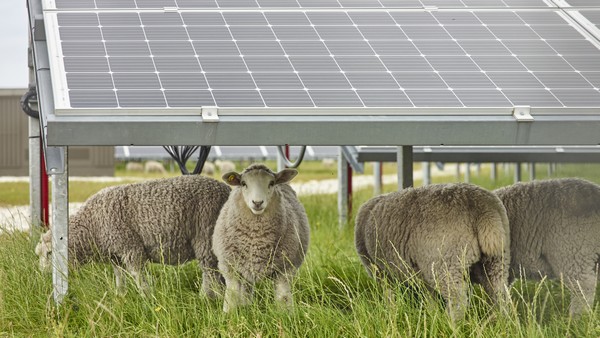 Attractive opportunities for farmers
Farmers and growers have the potential to earn millions of pounds from hosting schemes on their land. However, the development process is not straightforward, and it can be easy to miss out on opportunities, select the wrong partner or leave money on the table.

NFU Energy has partnered with specialist grid consultancy Roadnight Taylor to help farmers and growers maximize their chances of successfully developing schemes and their income potential.

Hugh Taylor, chief executive officer at Roadnight Taylor, says, “Land is a non-negotiable requirement for renewable energy schemes, which puts many farmers in an enviable position. However, land alone won’t guarantee success, and too often we have seen farmers disappointed because they weren’t aware of common pitfalls that could easily have been avoided.”

James Hollands, one of the directors at Speedgate Farm in Kent, is working with NFU Energy and Roadnight Taylor to develop a renewable energy scheme. He says, “The support we’ve had from NFU Energy and Roadnight Taylor has been fantastic. They’ve given us full confidence in the process and have been instrumental in helping us secure a viable grid connection offer and select the right developer to build out the scheme.”

For the NFU, this means avoiding the best and most versatile land as far as possible and maximizing land-sharing opportunities that enable farming to continue alongside schemes.

The NFU’s Jonathan Scurlock says, “Renewable energy developers have come a long way in the last decade, and the majority now actively seek ways to deliver co-benefits such as sheep grazing that help to minimize the potential conflict between energy security and food security.”