Save time, money, and energy by choosing an LED light over … another LED

In the horticulture market, the narrative that growers can save money by switching from HPS to LED is well known. Higher production can be achieved while reducing the amount of energy consumed to produce the light the crop needs. The same narrative holds true for choosing a more efficient LED fixture over a less efficient LED fixture.

This leads to a simple question: How can you know which LED is more efficient than another?

This question has a relatively simple answer. A light's efficiency measurement is its light output (umol/s) divided by its energy input (Watts). This yields an efficacy number measured in umol/J. 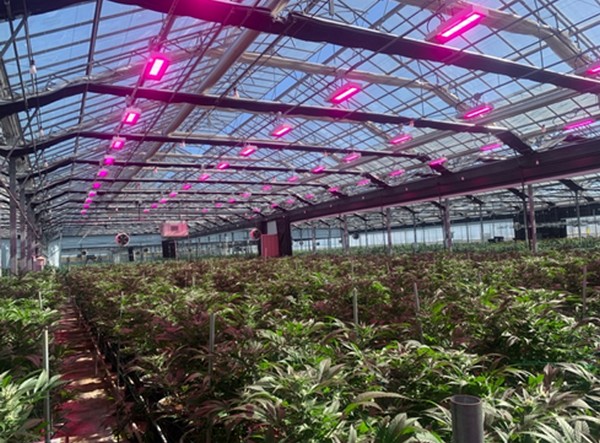 Comparing LEDs – "LED A" to "LED B"
1. Start with the light intensity at canopy height across the square footage of the canopy (PPFD). This is measured in umol/s/m2.

Ensuring that the light plans yield the same light level at the canopy takes a lot of other variables out, such as the number of light fixtures, different light outputs, form factors, etc. Now, the efficiency of the lights can be directly compared, 1:1. For high light crops, yield is primarily driven by light intensity, so production increases from LED A and B in this scenario can be expected to be similar.

2. Compare the energy used to achieve that light level in Watts.
This step can get cloudy because different lighting suppliers and manufacturers often provide different stories around their products. The number of fixtures, voltage, amperage and other numbers cannot be used here to compare energy consumption. They are relevant to installation costs but do not indicate your energy consumption and resulting operational costs. Energy bills are paid by energy used over time (kWh).

The takeaway is simple. It will take 33% [3.2 umol/J/2.4umol/J] more energy to achieve the same canopy light level for LED B than LED A. If the yield benefits are equivalent due to similar light intensities, the winner is clear. LED A will deliver the same yield for 33% less energy costs.

In this exercise, LED A is a Philips Toplight Linear compared against a spec pulled from a competitive LED product. Removing the names behind the lights can be an effective practice for evaluating the merits of different LED solutions to block out a lot of the noise in the LED market.

"At Total Energy Group, we are committed to providing the most sustainable and efficient solutions to our customers. For this reason, we have been an exclusive partner with the Philips Horti LED team since 2015. They have been the world leader in efficient LED solutions for horticulture for over 15 years."

Prioritizing efficiency will be a key marker of sustainable production companies as it impacts a grower's capital expenses required for LED lighting, operating costs, and ultimately their bottom line. After all, this has always been the aim of horticulture. How can you produce the highest amount of quality product for the lowest cost?