“Aquaponics need improvements to match the yield of hydroponics”

After Canada's legalizations, there are increasing numbers of studies on cannabis cultivation. This is, of course, a welcome development for growers because of the lack of research that is the result of the crop's previous illicit status. "Certainly, more research is needed to address lots of unanswered questions concerning cannabis cultivation. This need for research includes all aspects, such as nutrients, light quality and timing, and pests. It would help if Health Canada would simplify the application process for cannabis research and if those results would be used to improve their regulations," says Dr. Youbin Zheng, Professor of Environmental Horticulture at the University of Guelph. At the University, there are researchers in many disciplines conducting studies on cannabis cultivation. With the benefits for growers in mind, one of the topics that Dr. Zheng has explored is how different rootzones influence the yield and quality of cannabis plants. "Different rootzones have their different advantages and need to be chosen based on your specific production strategies and cultivars." 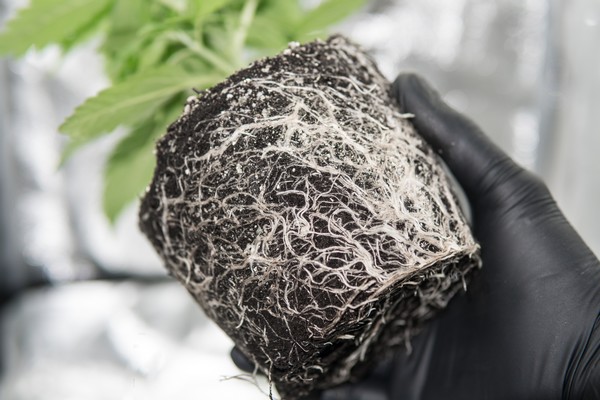 One of the reasons for these comparisons was that their industry partner believed aquaponics to be the superior option. "They were only using aquaponics to produce cannabis, as they believed it to be more environmentally friendly and that the quality of the cannabis is just as good as with any other production systems. However, based on our previous work, aquaponics quite often has limiting factors at the plant rootzone, such as a nutrient deficiency or unbalanced nutrients." To find out whether there were nutrient issues, they grew plants in a hydroponic system with a nutrient solution used by some commercial growers and a commonly used growing medium. They compared this method to an aquaculture system which had everything the same as the hydroponic system but fertigated using the nutrient solution from the aquaponics. "By comparing these three, we would be able to know whether the aquaponics was only having nutrient issues or also had some other rootzone issues." 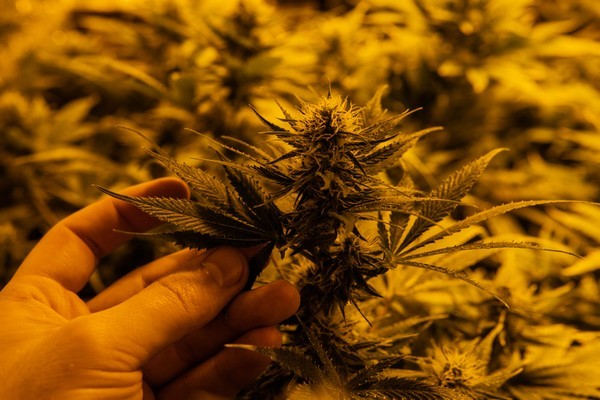 Results
The results of the experiment showed that, of all three different rootzones, plants performed best in the hydroponic setting, "producing 42-116% greater inflorescence biomass than the other rootzone systems." At the same time, one cannabis cultivar grown in aquaponics had greater THCA, CBDA, pinene, and limonene terpenes. Dr. Zheng explains, "From our research results, we know that the aquaponics we used certainly has nutrient deficiency and unbalanced nutrient issue. These limiting factors might have stressed the plants, therefore, increasing concentrations of certain second metabolites such as cannabinoids and terpene. One can produce the same quality and yield of cannabis using aquaponics as using hydroponics IF they can improve the current aquaponics."

Overall, the results provided evidence that aquaponics needs improvements to match the yield of a hydroponic system where everything, especially nutrients, can be tailored for specific plants and their growing/developing stages. Dr. Zheng explains that the biggest takeaway for growers is that a bigger yield does not necessarily equal lower quality. "We can take different horticultural management strategies to achieve both. Another very important takeaway is that different rootzones have their different advantages, and need to be chosen based on your production strategies and cultivars, and need to be managed very differently."

Cannabis cultivation handbook
To help expand cannabis knowledge further, Dr. Zheng has worked on the Handbook of Cannabis Production in Controlled Environments. "This is the world's first comprehensive cannabis cultivation book entirely written by scientists using the updated scientific research results." With Dr. Zheng being the editor and with contributions from world-leading cannabis researchers, the handbook will surely be useful for many in the industry. "The book is prepared as a textbook for students who take cannabis production courses at university and college levels. Yet it functions as a handbook for cannabis commercial growers, consultants, suppliers, and government officials. It is mainly for growing cannabis for medicinal and recreational use but is also useful for propagating young plants in hemp production."