“A good starting point, but the industry needs to see real action”

Last week, the cannabis industry was surprised by an announcement from President Biden. Thousands of people convicted of cannabis possession under federal law were pardoned. Moreover, he announced his administration will review the federal classification of cannabis as a Schedule 1 drug under the Controlled Substances Act. While Biden’s announcement may be conveniently timed with the midterm elections, the cannabis industry had lots to say on the (possible) effects on the industry. 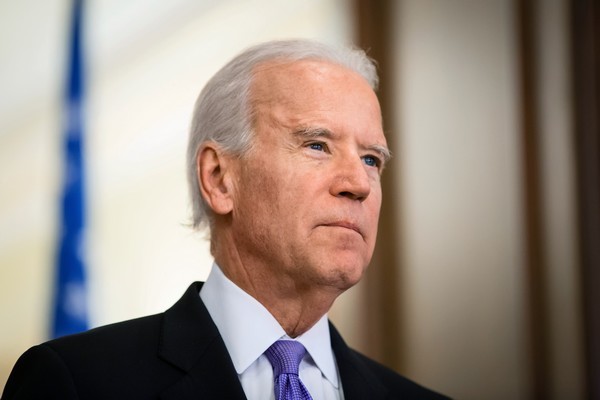 Job opportunities
“This is an important step for those who have been wrongly convicted at the federal level for cannabis offenses,” says Liesl Bernard, CEO of cannabis recruiting company CannabizTeam. The company sees a number of people who were previously convicted make a good living in legal cannabis after their release. “Currently, we see approximately 400,000 total jobs nationwide in the adult-use and medical market. Using the alcohol industry as a guide, that number could increase fourfold with federal support, which could open up huge job categories in medical research, product development, finance, and insurance. Even with half the jobs of the alcohol industry, that would still mean over 1 million cannabis jobs nationwide.”

Moreover, Liesl explains that rescheduling or de-scheduling cannabis (below Schedule 2 at a minimum) would help address IRS section 280E tax. “This tax has been a significant burden on the industry, causing many cannabis companies to pay an effective 70%+ federal tax, which for too long has artificially reduced available capital and job growth across the industry. The President’s statement is a good starting point, but now the industry and hundreds of thousands who make their living off of legal cannabis need to see real action.”

Cannabis banking
“The cannabis reform announcement has two meanings. One is focused on the individuals that have been prosecuted for cannabis-related crimes. The other is much more significant, the concept of changing how cannabis is scheduled. Large global or national banks, such as  JP Morgan Chase, are not going to suddenly bank cannabis because of scheduling, and it won’t cause a rush from others to join,” says Adam Stettner, CEO of cannabis lending company FundCanna. “Perhaps some regional banks or credit unions, but many that were on the fence already jumped in. However, it may reduce the need for FinCen/SARS reporting, but this most likely won’t happen right away. The items pertaining to licensing, ownership structure, AML/KYC/BSA policies most likely won’t change much, if at all,” according to Adam.

What about the SAFE Banking Act? “The Act has been supported by both parties for over three years and has passed the house multiple times. It hasn’t been made law yet, but cannabis operators have access to roughly 700 banks that will support them with deposit accounts, armored car transport, etc. The purpose of SAFE is to prohibit a federal banking regulator from penalizing or prosecuting a depositing entity for providing banking services. They aren’t prosecuting this now, and 700 banks are providing this service. It formalizes the status quo that already exists. It removes risk that many already feel has been reduced,” Adam says.

“A small step forward”
According to Thom Brodeur, CEO of cannabis packaging company N2 Packaging, cannabis reform is a critical step in the development of the sector and its impact on the economy. “These presidential pardons for federal offenses have the potential to significantly alter the game not only for those whose records have been tarnished in terms of their personal and professional lives but also for the overall productivity of the US labor force and economy.” Thom explains that they set the tone and provide a blueprint for states to follow to reverse the detrimental effects of the longtail of criminal records. “These crucial milestones can pave the way for additional advancements in legislation governing mainstream, legal banking, marketing, and general commerce in the cannabis business, hence reducing the necessity for and functioning of the black market.”

“We commend President Biden for beginning to follow through on his campaign promise by pardoning non-violent federal cannabis prisoners and hope to see states quickly follow suit,” agrees Chad Bronstein, CEO of cannabis marketing and compliance tech company Fyllo. “There is much more that still needs to happen – like the passage of SAFE Banking and tax reform - but this represents a small step forward that will hopefully lead to more material policy changes benefitting both consumers and the cannabis industry as a whole.”