"Each insect has its own odor, and the dogs will always notice"

Scouting pests in a large greenhouse can be quite a challenge. After all, the pests are hardly visible to the eye, and populations grow rapidly in number. For that reason, Deanna Kjorlien and her colleagues are training dogs to respond to the odor of greenhouse pests. After all, a dog's nose is sensitive enough to perceive the presence of an insect colony, even when it's still too small for a grower to notice.

Green Dog Pest Service is located near Seattle, Washington, but their projects aren't limited to the US. Their main project now is in Mexico, at a bell pepper greenhouse. Deanna trains mostly Belgian Malinois, as they are very athletic and have a high drive. 'Most of our dogs are rescues. Belgian Malinois are intelligent and motivated working dogs, and for that reason, this breed can be too much for a family to manage. We train them and give them a job. However, we also train other breeds, as I believe that all dogs can do the job when properly educated.' 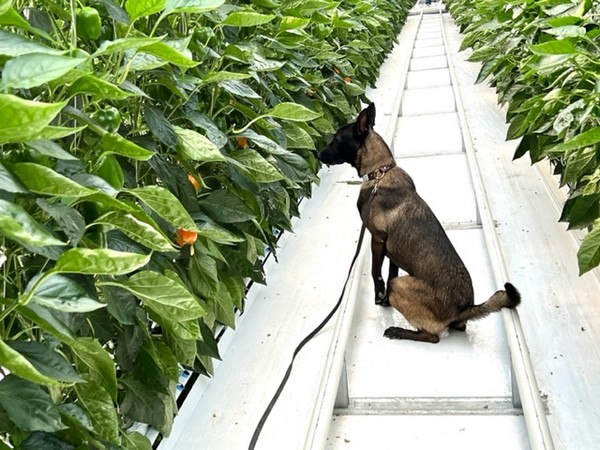 K9 alerting to the odor of live Pepper Weevils in a greenhouse. 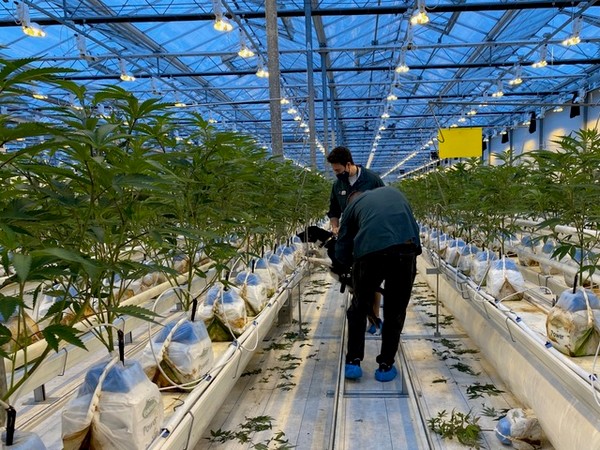 K9 alerting to the presence of live Root Aphids (Rhopalosiphum rufiabdominale)  in cannabis in a greenhouse in Canada.

Initially, Deanne didn't start training dogs with greenhouse pests in mind. "We started our detection business ten years ago with a focus on home pests, such as bed bugs. However, during the pandemic, we reached out of that space to do more. I was contacted by a cannabis grower in Canada, BC, to help them detect root aphids. Around that same time, a California cannabis grower also reached out to us about a different aphid species.'

The second project started soon after when the company was asked to help a Mexican bell pepper farm to detect pepper weevils with their scouting dogs. "Despite the fact we had just started to expand our business into the greenhouse sector, they wanted to give it a try. So I trained the dogs, and they joined the Mexican farm team. I go back for a visit every now and then."

Training the dog
Training a dog to detect greenhouse pests is more straightforward than it may sound. 'Dogs are trained to search for the odor of a target species, so they will only give the alert when they smell a pest they are familiar with, and will not pay any attention to the beneficial insects that might be present in the greenhouse too.' On top of that, the dogs are strictly trained not to touch plants. 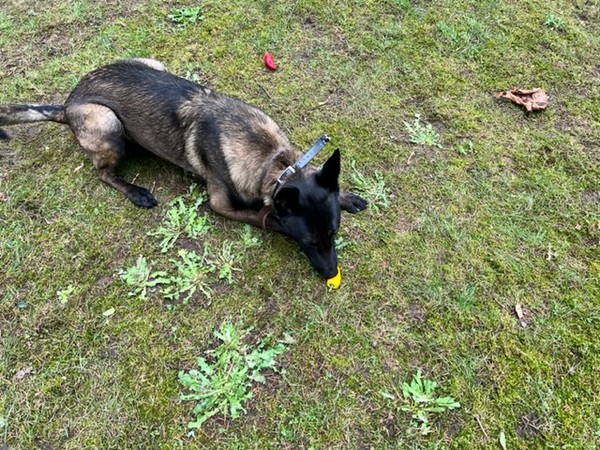 K9 alerting to a mini bell pepper that contained a pepper weevil during training.

The dogs are always accompanied by a human scout, their handler, who will verify the presence of the target insect when the dog alerts. 'A dog has a much better sense of smell and finds pests in a much shorter time, especially when the pests' population may still be present in small numbers. After all, the sooner the pest is detected, the better, as their numbers grow rapidly."

The dogs can also be used in quarantine areas for new seedlings. "The dogs are only as good as they have access to the odor, so they won't as easily detect a pest in the top of a full-grown tomato plant. That is why joining forces with the human scout is urgent. The dogs offer great assistance, but they do need specific settings."

Deanna trains the dogs by introducing them to respond to the target insect odor. "We teach them to associate the odors with their favorite toy. If a dog detects the odor, it will slow down and wag its tail, then sit down and pinpoint with its nose the area where they detect the odor of the target insect. The scout will then know where to look specifically, and the grower can proceed by applying beneficial insects to combat the pests." 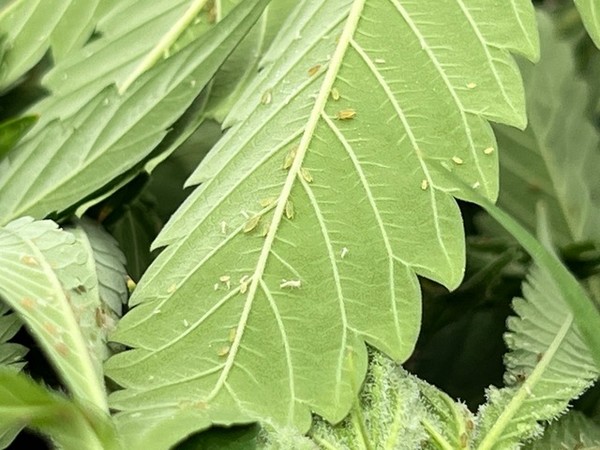 One of the insects the company is training dogs to detect: Cannabis aphids

Endless possibilities
Deanna feels that the possibilities for dogs to assist in the fresh produce sector are endless and, in fact not limited to greenhouses alone. "Open fields, flower greenhouses, anything that grows can be subject to pests and diseases, and I have not yet encountered a pest or root disease that didn't have a specific smell. I see a lot of promise with using dogs for root diseases, which hurt growers in many sectors and are relatively easy for dogs to detect."

Deanna anticipates dogs being common use for all types of growers. "Early detection is the key to all scouting, and dogs are the fastest, most efficient way to detect pests and diseases early on before they take over. Dogs will save commercial growers millions of dollars in both saved produce as well as labor costs.