Developing a public hemp germplasm collection for the southern U.S.

Texas growers tried hemp. They used Colorado germplasm and European germplasm without much success. Now a team of Texas A&M AgriLife breeders is trying to fill a gap in breeding that hasn’t been met in Texas for more than 60 years. 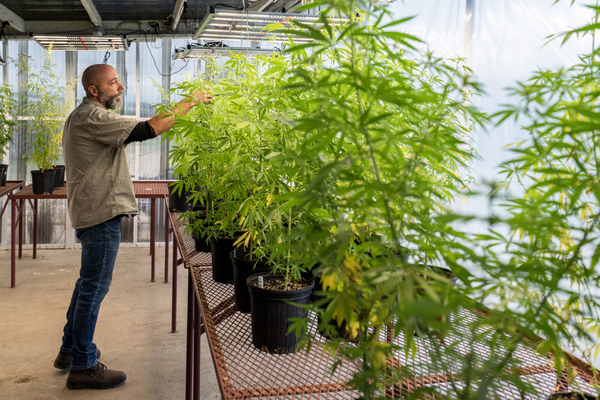 Jessup said the goal is to create a collection that incorporates the majority of genetic variation across all cannabis within C. sativa that will benefit farmers with high-yielding cultivars, biofuel refineries with reliable feedstocks, customers with quality products, and society with beneficial ecosystem services. It is a two-year grant. By the end of 2023, Jessup expects to release between 10 and 20 lines. And the goal for 2024 is to release 20 to 50 more.

Lack of uniformity and regional adaptation are the two most significant issues with hemp that have made farmers in the market struggle, Jessup said. “If you can overcome adaptation and uniformity, I think the farmers and the markets will follow.”

Breeding Texas varieties of industrial hemp
“Farmers are willing to give it a shot, but they’ve learned very quickly that hemp doesn’t do well in the southern U.S. because of the heat and drought stress,” he said. “And they’re also not a big fan of it because it is not uniform in production. If you plant a big field of it, it’s not as uniform as corn, sorghum, cotton, or the other major crops. There is nonuniformity in the available cultivars.”

For the most part, Jessup said, if hemp growers raise a CBD crop, they’re growing varieties from Colorado, Oregon, or Europe.