Triploid cannabis seeds may not be too far away from being a commercial reality. Triploid genetics have been used extensively in farming, bringing stabilized increases in both yield and quality. The same could also prove true for cannabis, and that has got everyone in the cannabis industry very excited. One other benefit for the grower is the fact that plants grown from cannabis seeds containing triploid genetics won't ever produce seeds. Even if you have a rogue hermaphrodite (or male) nearby. 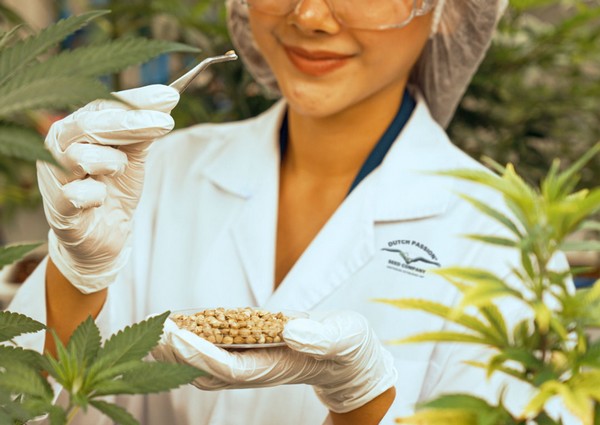 It's important to add that the triploid product being grown (bananas, fruits, or potentially cannabis) is fundamentally the same product. A triploid banana tastes the same (or better) than a seeded banana, and the final product convenience/value is significantly higher. The plant structure is similar. The only change is the chromosome count.

As well as conferring sexual sterility (meaning no seeded crops ever), triploid genetics tend to be very stable with yield enhancements and quality improvements. Therefore, for any cannabis seed breeder considering creating triploid cannabis genetics, it makes the most sense to combine the triploid breeding process with truly elite genetics, maximizing the inherent yield/quality enhancements that triploid can deliver. 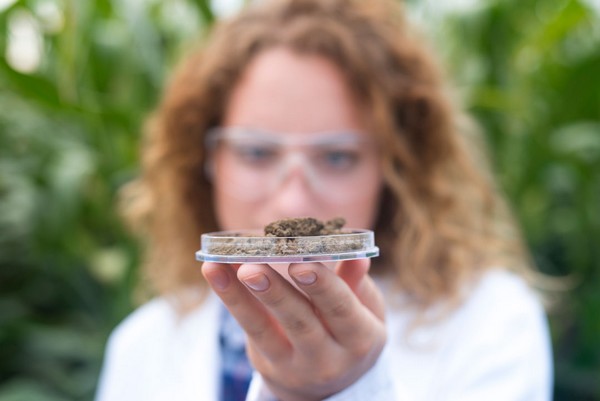 Could triploid cannabis seeds be the next revolution for cannabis growers?
In the 1990s, the arrival of photoperiod feminized seed technology quickly made regular cannabis seeds more-or-less obsolete, other than for a small remaining niche representing just 1-2% of buyers.

In the 'noughties' (2000-2010), the first auto-flowering cannabis seeds became available. These improved rapidly and eventually became game-changers, accounting for around half of all cannabis seeds sold. This made auto-flower seeds as popular as photoperiod feminized seeds.

So when the first triploid cannabis seeds become available, they are also likely to have a significant impact/disruption on the cannabis market.

Especially if some of the early indicators from the labs live up to expectations, particularly regarding the consistent potency and yield improvements. Research has shown that maximum growth vigor is associated with the triploid state, especially in female organisms.

More stable cannabis genetics
With naturally faster growth rates, a triploid cannabis strain shouldn't suffer from as many rogue smaller phenotypes. Instead, it's more likely that the seedlings and young plants grow at similar rates with less stunted growth.

It's very early days for triploid cannabis genetics, and no commercial strains have been released yet. But many hope that triploidy will mean more consistency and better stability for cannabis growers. 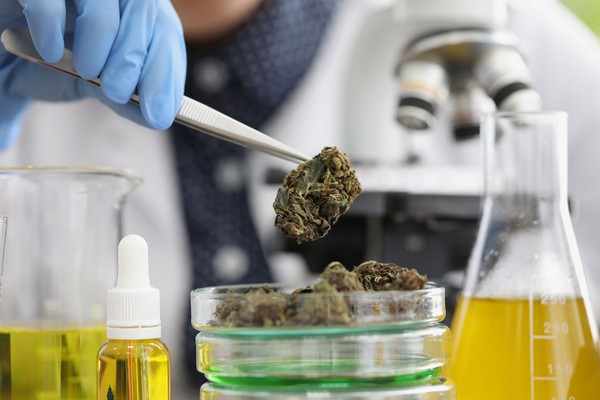 In general agriculture, anyone wanting to create seedless products has to do so either by using triploid genetics or by growing in the absence of male pollen.

For the commercial grower, infertile cannabis genetics will allow thousands of pro-growers to sleep easier on a night knowing that their crop will never be seeded, even with unidentified rogue males shedding pollen in copious quantities nearby.

Possible higher yields per plant
Because triploidy, in general, has already been extensively studied, there is high confidence that the yield/size improvements seen in other crops and animals (e.g., salmon, trout, molluscs, oysters, etc.) will also be seen in female cannabis plants.

This should be the case whether plants are grown from triploid photoperiod feminized cannabis seeds or triploid auto-flower seeds. Enhanced growth is a fundamental benefit of triploid cell biochemistry, which naturally runs at a faster rate due to lower energy requirements.