It's the never-ending balance act: when can you use the sun's energy, and when do you protect your crops from excess sunlight? Growers in Saudi Arabia are currently doing both. In their retractable shade screen, foldable solar panels are installed. Thanks to the newly launched flexible photovoltaic technology, the blocked sunlight gets converted into electricity. Developer Mirai Solar offers the screen as a drop-in replacement for conventional shade screens. 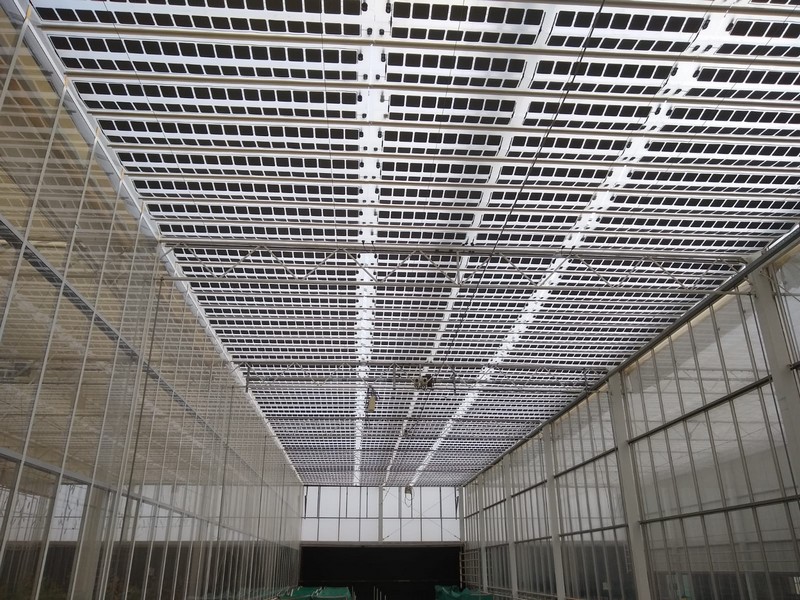 Foldable, flexible, and modular
The Mirai Screen was developed by Mirai Solar, a start-up company that spun out of Saudi Arabia's King Abdullah University of Science and Technology. Their proprietary technology - a foldable, flexible, and modular solar panel - was developed specifically for greenhouses. A signature feature of the photovoltaic Mirai Screen is that it is retractable, similar to a conventional shade screen, thanks to its lightweight, foldable design. Mirai Solar was recently awarded a Solar Prize by the US Department of Energy and is planning to launch the Mirai Screen in Q4 of 2023.

CEO Michael Salvador points out that the photovoltaic shade screen is based on state-of-the-art photovoltaic technology. "The Mirai Screen is a photovoltaic solar screen with variable shading and output power. A fraction of the light is absorbed in the module, generating electricity, while the remaining light is transmitted. This way, it mitigates the problem of increasing operational cost of controlled environment agriculture (CEA) associated with rapidly rising electricity prices."

Pilot installations
Mirai Solar has been running several pilot installations in Saudi Arabia, including sites at Estidamah, Al-Rasheed, and Red Sea Farms, demonstrating that its photovoltaic screens can cover up to 90% of the energy consumption of a mid-tech greenhouse without impact on crop yield. "The electricity generation depends mainly on the shadowing level of the photovoltaic area of the screen, which can be tailored to the needs of the crop in question," Michael says. The company is now setting up an installation in California for early 2023. 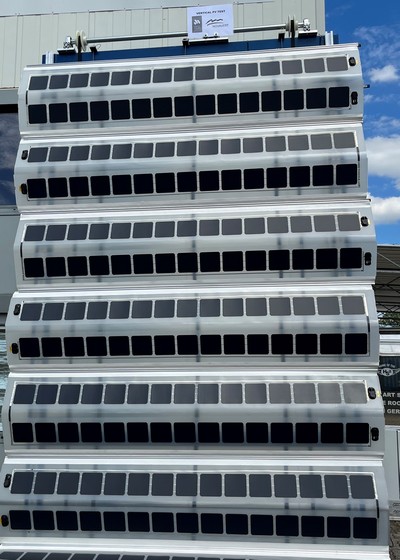 Drop-in replacement
Mirai Solar offers the Mirai Screen as a drop-in replacement for conventional shade screens. The screens are fully compatible with standard motorized retraction systems. So, they can be either retrofitted to existing greenhouses or integrated as part of a new greenhouse construction. The mechanical part of the system is a modified version of the HS2 retractable system, a long-proven solution developed by Novavert, a company specializing in shading solutions. "To say it a bit provocatively, we were looking for a solution that could do more than creating just shade, says Niclas Heescher with Novavert. "As opposed to conventional passive shading solutions, the Mirai Screen harnesses the blocked sunlight and converts it to useful electricity."

"The system also works perfectly fine as a drop-down or pull-up side screen. Especially in wintertime in our latitude, the sunlight can be caught best with a vertical screen. We have been testing this setup on the outside for half a year with more than 25.000 cycles." 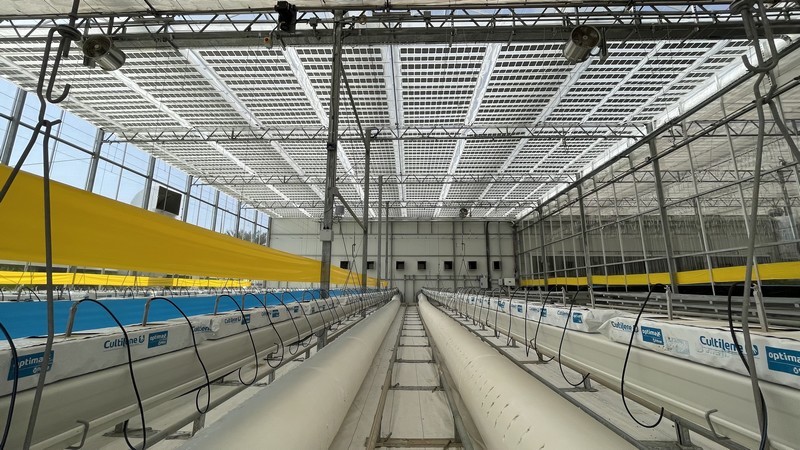 Support energy needs
The electricity is fed into the local electrical distribution panel to support the energy needs of the greenhouse. Michael: "Unlike conventional agrivoltaics solutions, there is no visual impact on the landscape given that the screens are an integral part of the greenhouse envelope." Niclas adds that no land needs to be covered with PV modules if we can convert more greenhouses like this. "Different shade percentages can be realized, and unlike emerging PV technologies, this system is based on powerful and long-lasting silicon technology." 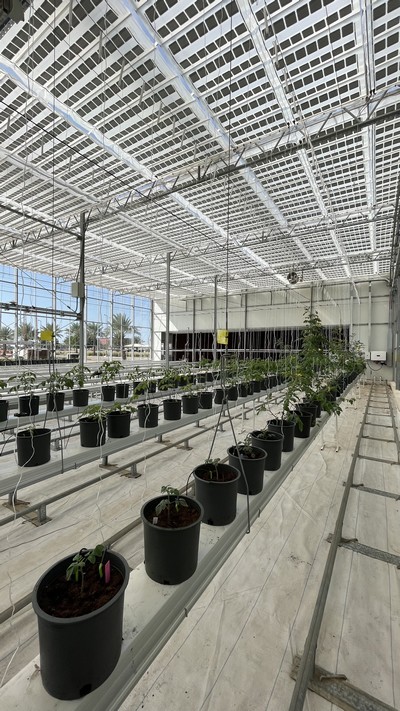 "The need for shade in CEA represents a massive opportunity to generate cheap renewable energy and thereby decarbonize the greenhouse agriculture sector," Michael concludes. "Our core mission is to enable sustainable, large-scale agriculture and induce freshwater savings by empowering net-zero energy food production facilities with lower operating costs than current alternatives, even in arid regions. That's why the screens are designed for deployment in CEA to enable year-round growing with significant water savings when compared to open land farming."