LED drivers have been widely used for grow light systems within the horticulture industry, which can help save on operational costs, but at the same time, can also be frustrating because LED drivers notoriously fail. This can raise a significant issue that negatively affects operations, crop quality, and the bottom line since one of the key components of LED lighting is the quality of the LED driver itself. LED drivers directly affect the reliability of your lighting, and the stability of your grow operations and crop quality. 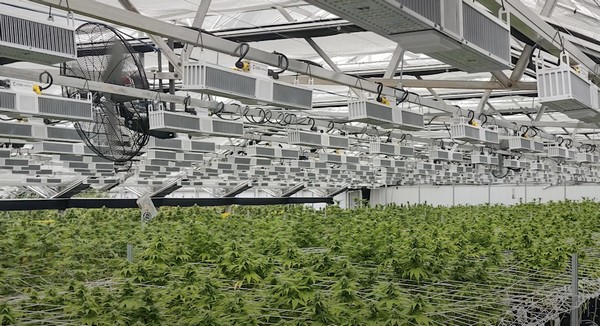 With how competitive the market currently is, you can’t afford to continuously have LED drivers fail that you constantly have to fix. LED grow light fixtures from most brands on the market come with an individual driver per light, usually attached to the local fixtures, that regulates power to an LED light or string of LED lights. Every time an individual driver fails, it must be fixed or replaced. This can end up being costly and interrupt operations. Whereas, MegaDrive from California Lightworks has a central power unit driver that runs multiple fixtures, eliminating the issue of frequent grow light driver failures and repairs.

Why other grow light drivers fail
There are several reasons why LED drivers can fail, including the quality of the brand and the driver itself. However, some of the most common reasons for individual LED drivers failing include the following:

Preventing driver failure
California Lightworks spent five years researching and developing their MegaDrive series to provide growers with an optimal, one-of-a-kind driver solution to prevent driver failure and lower operational costs. The core component of MegaDrive that helps avoid driver failure is the individual driver has been taken out of the local LED fixture and substituted for a consolidated, central power supply driver.

The centralized power supply allows the driver to be placed offsite, outside the grow room, for optimal power performance and growth operations while eliminating the main driver failure point.

CEO George Mekhtarian did a video on connecting and setting up your MegaDrive system. Your MegaDrive system is delivered with the fixtures, all cables, all electrical connectors, hanging hardware, and power supplies. All you have to do is install the components and have your electrician connect the power supply to the electrical panel – eliminating individual power drops in the grow room for each fixture.