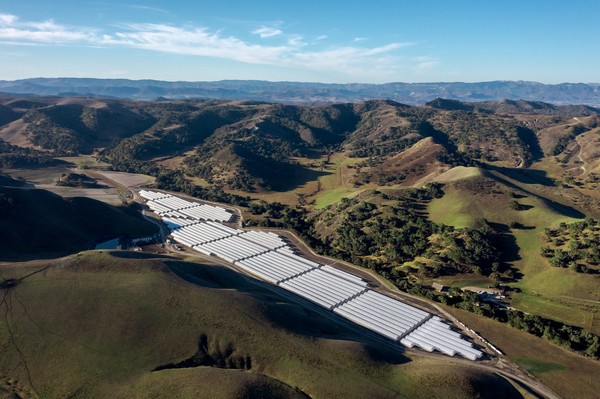 "Farming First isn't just our name—it's our mission," said co-founder and CEO Terry. "My family has farmed California's Central Coast region for more than 125 years, giving me immense respect for the land and surrounding community. Along with Walden and the other founders, we've assembled an incredible team that brings together unrivaled cultivation know-how and modern innovation, including agricultural experts, legacy cannabis farmers, lifelong entrepreneurs, and visionary designers and engineers."

"Farming First is showcasing quality flower through a diversity of strains by applying the best of indoor, greenhouse, and outdoor growing techniques to our crop," said Walden. "We like to call our farm a one-lighter because our plants are 100 percent solar-powered by the sun—the best and most natural source there is."

Added Wilson, "Today's cannabis consumer is curious about where their product comes from: where it's grown, how it's grown, and the stories behind the brands they put in their bodies and bring into their homes. We're providing California operators with flower they can be proud to put their name on, and anticipate launching our own lineup of product brands very soon."

Farming First is on a mission to revolutionize and lead the sun-grown cannabis market in California. With a focus on sustainable growing practices and ethical land management, the Company employs energy-efficient farming practices such as water saving irrigation technology, solar powered hoop house venting and sunlight deprivation, as well as sustainable cattle grazing on over 1,200 acres of surrounding lands. Additionally, Farming First is working with environmental groups to help protect the endangered California Tiger Salamander indigenous to its land.

The Company has raised over $35M in private funding since its inception, with plans to expand the farm's scale and yield.