US: Keeping invasive pests out of the country

Safeguarding our Nation’s agriculture and natural resources against harmful plant pests is an awesome responsibility, one my agency—USDA’s Animal and Plant Health Inspection Service—takes very seriously. Thanks to our employees, cooperators, and partners, the United States has one of the most robust plant health safeguarding systems in the world. That is because we continuously take steps to enhance our ability to exclude, control, and eradicate pests and increase the safety of agricultural trade.

As Deputy Administrator for our Plant Protection and Quarantine (PPQ) program, I am proud of the tremendous achievements PPQ has made to fulfill our mission of protecting the health and value of American agriculture and natural resources. This week, I want to celebrate two milestones that are important to our efforts. The first is the opening of our new Sterile Insect Rearing Facility in Sarasota, Florida, which is a vital part of our Mediterranean fruit fly (Medfly) preventative release program. The second is the record-breaking clearance of more than 1 billion units of plants, plant cuttings, and seeds at our Miami Plant Inspection Station.

Let’s first talk about Medfly. It is one of the most damaging pests in the world, attacking more than 200 kinds of fruits and vegetables. Our Sterile Insect Release Facility located in Sarasota, Florida, helps keep Medfly out of that state by releasing about 100 million sterile flies over high-risk areas every week. These sterile flies mate with invading Medflies and produce no offspring. That means, that any possible Medfly introduction is bred out of existence before it becomes a threat. 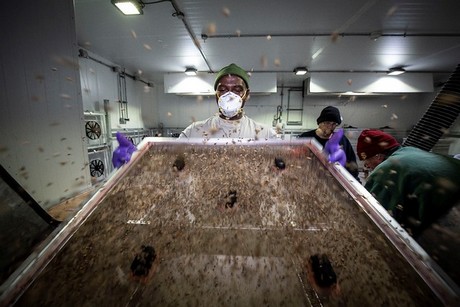 The results speak for themselves. Since 2011, Florida has not had a Medfly outbreak in areas under our preventive release program. And when we detected Medfly in 2010 and 2011 outside of these areas, we were able to immediately divert sterile flies to those locations. That action—along with quarantine restrictions and ground treatments—resulted in a record eradication time of just 30 days.

Now let’s talk about imported plants and seeds. Each year, the United States imports billions of plants, plant cuttings, and seeds. But the variety and diversity of plants now available in U.S. markets comes with risks. That is why the U.S. government requires most imported plants and seeds to enter the United States through one of 16 USDA Plant Inspection Stations. Skilled experts at these facilities inspect and clear incoming shipments to ensure they are free from plant pests and diseases that could damage U.S. agriculture or natural resources.

Our busiest Plant Inspection Station is located in Miami, Florida. Last year, they processed more than 1 billion units of imported plants, cuttings, and seeds. That’s 60 percent of all plants, plant cuttings, and seeds imported into the United States. Our on-site specialists also processed and identified more than 23,400 pests intercepted in arriving shipments, helping to keep potentially damaging pests out of our country. 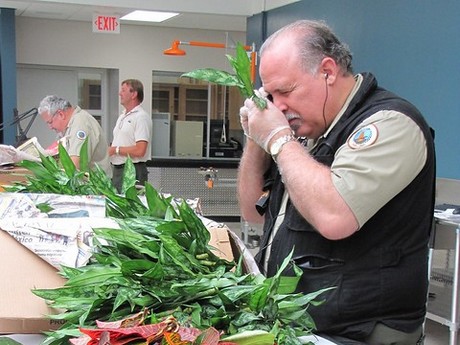 In fiscal year 2018, PPQ’s Miami Plant Inspection Station processed 60 percent of all plants, plant cuttings, and seeds imported into the United States, helping to keep potentially harmful plant pests and diseases out of this country.

Together, our Sterile Insect Rearing Facility and our Miami Plant Inspection Station are helping us mount a powerful defense against invasive plant pests. Thanks to these modern, state-of-the art facilities—and the talented, most committed people who work there—PPQ will continue to protect Florida’s agriculture—and the United States—for years to come.