In the cannabis industry, odor issues are particularly felt. Lots of money is being spent on carbon filtration and other odor control systems. But let’s deal with the odor at the molecular level, the team with Cannabusters says. They have developed a way to eliminate odor by employing iodine.

The problem with odor
Increasingly cannabis odor complaints are making news throughout the US and Canada. Of course, every business is held accountable of the odor it produces, but in the cannabis industry, odor issues are particularly felt. One of the reasons is the stigma cannabis inherited from prohibition times, which makes people understand the peculiar cannabis odor as “smelling like trouble,” according to Derek Stucki with Cannabusters. “However, the person working in the cannabis greenhouse thinks it smells like money. Smell is so very subjective.” 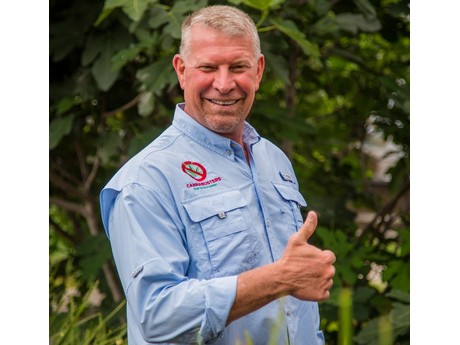 The issue with carbon filtration
Exactly for this reason, many jurisdictions approving cannabis operations require odor management plans. Carbon filtration is the most commonly used solution to counter odor issues. However, this is just a quick fix, according to Derek. “Carbon filtration works, yes. But the question is: for how long?” Derek points out. “Thing is, at some point it becomes overloaded with odor particles and becomes unable to remove any more from the air passing through it.”

“Generally speaking, growers will need to spend thousands of dollars every two-three months to change their carbon filters,” Derek says. “This is not a cost-effective solution, at all. Additionally, growers need to manually remove and replace them requiring man hours away from their cannabis business. Lastly, used filters have to be disposed of, which impacts local landfills.”

What about fragrance-based odor control
“There are lots of odor control companies pushing their way into the cannabis world.  Most of them are simply deploying a fragrance to mask the plants’ odor profile or encapsulate odor molecules produced by cannabis plants.” According to Derek, encapsulation is the idea that the fragrance wraps around the odor molecule, and because that odorous molecule is heavier, it will fall out of the air stream to the ground. “That encapsulated odor molecule is going to un-encapsulate and release objectionable odor again and now with additional fragrance. You still have an odor problem and people will still complain. Bottom line, masking or encapsulating odor isn’t the solution, elimination is."

“Cannabusters is product of Odor-No-More, Inc. and it oxidizes organic odor molecules on contact – and eliminates them. At our core. we are a science and technology company; our entire field of study is iodine and its many applications, and our focus is on industrial odor control. Whether in solid waste management (trash), wastewater treatment, composting or food waste; all organic odor is eliminated, and odor complaints simply go away." Derek says. “Our technology is as old as creation. We have found a way to deploy this technology across multiple odorous industries,” Derek explains. “Iodine is the active agents in our product – but not that red stuff that burned when your grandma put it on a scrape when you were a kid,” Derek jokingly says.

“We have isolated the I2 molecule, which is odorless and colorless and is part of the halogen group in the table of elements. I2 oxidizes everything organic.”

“Let’s look at the natural iodine cycle: plant life in the ocean gives off iodine. It evaporates with water into clouds and in the sky, UV rays activate the I2 molecule. Then, when rain falls, you get that clean smell during rain because iodine is cleaning the air. Plant life takes it up from the soil, animals eat the plants, and humans eat both. Our bodies actually need iodine for good health, that’s why we have iodized salt on the dinner table!”

Derek also points to the fact that Cannabusters oxidizes VOC’s and does not add any VOC’s because there is no fragrance. "Since VOC’s are precursors to greenhouse gases, they are increasingly on permitting agency’s radar."

However, as Derek takes care to explain, “iodine oxidizes everything organic.” So Cannabusters’ solution only treats the air leaving the facility avoiding contact with any plants within the facility. "The water carries the chemistry in a high-pressure mist or fog,” Derek remarks. “We will only treat air leaving the facility. Whether by exhaust fans through walls, or by ridge vents. So, when the environmental controls turn on an exhaust fan or open a ridge vent, the Cannabusters pump turns on and Cannabusters flows out of the grow facility, eliminating odor in that exhaust air stream." Derek points out that "by the time air comes out of the facility, there will be no odor and no complaints. Besides being a very safe, natural and effective odor eliminator, Cannabusters provides peace of mind for the cannabis operator.”

Fighting odor in a budget friendly way
With regards to the operational costs, Derek says that “there is no comparison. Our system is very cost effective, both in capital expense and operational expense. We also offer free proposals to be of service to the cannabis industry," he concludes.