40 years of climate screens: from dark to diffuse

"When it turned out that screens also saved energy, demand grew enormously"

Exactly 40 years ago Ludvig Svensson delivered his first climate screen to a Swedish grower who - looking for a sun protection screen - approached the neighboring textile manufacturer. Although Svensson in Sweden still produces curtains and upholstery fabrics, that production has been overshadowed by the climate screens. Today, the climate screens division accounts for two-thirds of the total turnover of the global Svensson group. Hugo Plaisier looks back with us. 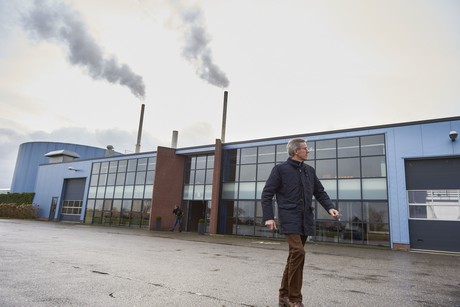 “Two years after the delivery of the first screen, in 1981, Svensson started in the Netherlands. Even then, the Netherlands was already known as the center of greenhouse horticulture, so it was very logical that Svensson started a sales and marketing office here. Being close to the customer, fast delivery and service were already important at that time." Hugo Plaisier joined the company in 1985, and the team in the Netherlands now numbers 45 people. Ranging from sales, consultancy and marketing people to employees who customize the climate screens. 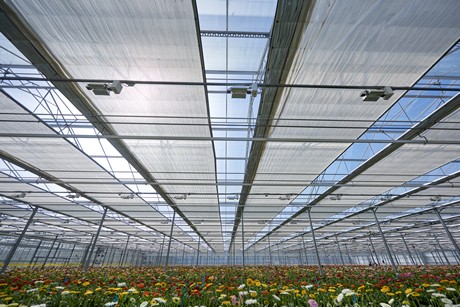 Energy crisis
The demand from the market in combination with the energy crisis made for a quick start in 1981, says Hugo. ”In the late 1970s and early 1980s, people tried to dampen the sun in the greenhouse, but a motorized, movable screen was really new. When it turned out that the screens also saved energy, demand grew enormously.” As the cultivation of more and more crops moved from outside to inside, the screen assortment grew to more than 50 different varieties. "Because each crop has its own specific requirements". 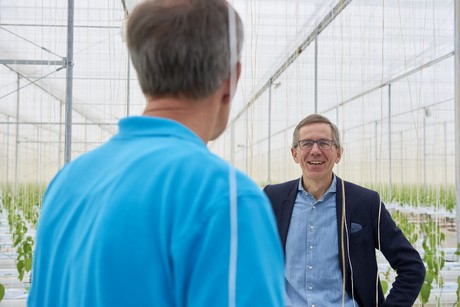 Transparent and diffuse
“With input from screen installers and growers, we developed increasingly specific screens to meet all greenhouse situations. The screen had to be flexible, easy to move and, in short, just do the job well," as Hugo sums it up. “In the beginning, mainly dark, aluminum screens were used. After all, everything revolved around energy saving. Svensson later developed the transparent climate screens. They didn't have to be opened until the sun had sufficiently heated the greenhouse. That was much more favorable for the climate in the greenhouse. Svensson also developed the high-quality diffuse Harmony climate screens. The more diffuse the light, the better the plants grow. Growers are enthusiastic”. 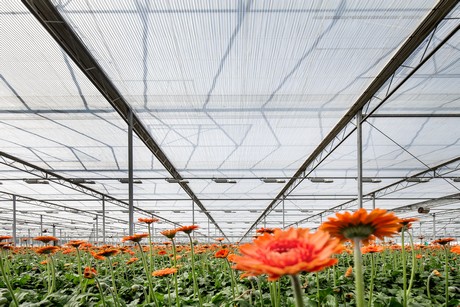 Always learning
Svensson keeps tabs on the latest developments and is very active in the field of innovation. "We have learned a lot in those 40 years," Hugo concludes. “We adjusted our raw materials and improved our production techniques. The current climate screens come with 40 years of experience embedded.

"That innovation is still ongoing, because there are always new challenges that we take on together with the installers and growers. With the PARperfect screen solution, which we introduced a few months ago, the grower can control the light level in the greenhouse year round, just like a light dimmer. PARperfect ensures a perfectly even light distribution and a constant PAR light level in the greenhouse." 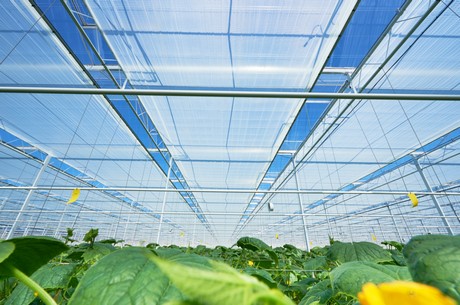 Intertwined with the market
Hugo mentions the intertwining with the market as one of the most important reasons for Svensson's success. “We have been based in the Netherlands since 1981. Today, we personally advise to establish the right screen solution for the highest return and optimum climate in the greenhouse. High customer satisfaction and good quality is and remains in all aspects our focus."