"Every time there is an element which affects the growth"

As soon as the cultivation of medical cannabis was regulated, a whole industry emerged ‘from the basement’. What was once carried out illegally in rather small-scale operations, eventually became one of the fastest growing industries, where opportunities came up almost on a daily basis, feeding the widespread hype, which conversely helped more opportunities to sprout. The combination of these two convinced a number of growers to test their luck and to jump into this newly formed sector. However, early experiences in the medical cannabis industry have showed that a lot of knowledge is necessary to thrive in such a highly competitive and regulated sector; yet, there was an issue. The technology for this specific crop did not develop in a way that could accommodate large-scale cultivation. “This was one of our first steps as a company,” Chris Bolton, CEO of TheraCann International, explains. “I was lucky enough to have started my career in agriculture when I was a kid. My dad had a farm and a ranch, so I had hands-on experience when it comes to the tribulations of growing. At the same time, I have a legal background in international regulatory environments. Therefore, when the medical cannabis sector was regulated, I immediately saw the many opportunities it offered. We were at the inception of a new sector, and we knew it would grow exceptionally fast.” 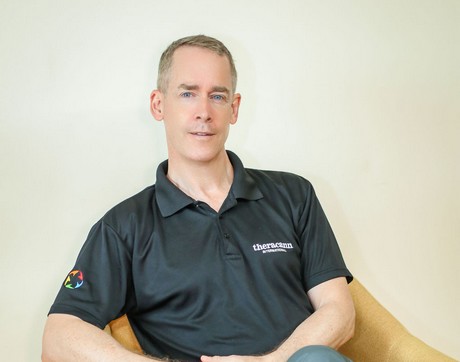 Developing the tech
Therefore, TheraCann worked towards advancing the sector and developing solutions that were particularly suitable for growing cannabis in large-scale commercial operations. “Much of the tech required for that kind of operation did not exist when we started,” Chris explains. “Thus, we worked quickly and hard with existing tech in order to see how to industrialize the processes.”

“The goal was to come up with a method of cultivation that was able to repeat each batch in the exact same manner. Therefore, we gathered international vendors together, and worked to individuate the root causes of inconsistent cannabis batches.” 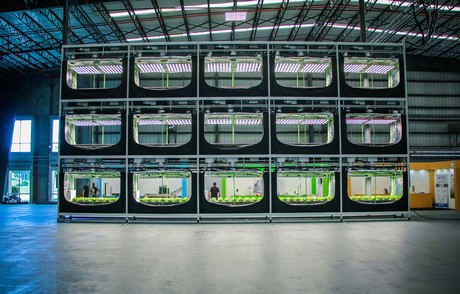 That is how TheraCann has found out that every time, there is a specific element which affects the grow. “For instance, the soil nutrient, the moisture, the light intensity, or the temperature, were negatively impacting the genetic potential of the plant, to the point that it was impossible to come up with standards.”

Following highest standards
TheraCann has achieved great results, which led them to being active in more than 10 countries and partaking in countless international projects. “We provide full turnkey solutions that live up to the highest standards, especially when it comes to growing medical cannabis,” says Chris. “That is why it is important to consider indoor if one aims at growing medicinal-grade flowers. In these operations, growers have better control over the different elements that factor in for growing cannabis. Opting for a greenhouse is not particularly advisable, especially in Northern and Southern climates, as there are many issues that can be caused by the fluctuating temperatures, for instance. In those situations, it is not uncommon to have mold issues.” 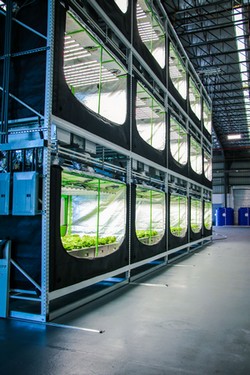 That is why TheraCann developed Sprout AI, an aeroponic indoor system that provides control over each aspect of a cannabis grow. “We take advantage of vertical racking to make the cultivation even easier,” says he. “It is fully computer controlled, and the racking system can roll; in this way, there are no underutilized tiles. Also, the system traps the excess moisture and keeps it away from the growing area. This is also another element that contributes to the protection of the crop.”

This solution is also very environmentally friendly, as the HVAC system would convert the moisture into water that can be used for the plants. “Sprout AI enables adjustment of any parameter in order to unlock the full genetic potential of a given strain; for instance, the fertigation is strictly controlled, and it is possible to dial in the recipe to accommodate a specific cannabis variety.” 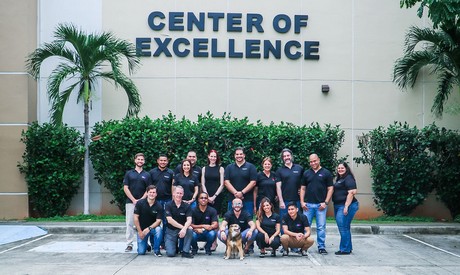 Advancing the sector
Chris continues explaining that TheraCann has been collecting a lot of data which has been used to standardize their processes. “We are working closely with Health Canada to support them in addressing some aspects of the regulatory environment that need more complexity. Standardization is one of the most important aspects, and we are leveraging our extensive knowledge on the matter to help advance the sector as a whole.”