“You need to take people with a big passion for this plant, and then you take these free spirits and make them obedient in the way you operate in a facility like this,” says Neri Barak, founder of a medical cannabis farm located in Israel. “I first got into cannabis because it aligns with my belief that it can relieve a lot of the misery of this planet.” Indeed, Neri spent many years in the US and in the Netherlands growing medical cannabis, until he received his first license in 2008 in Israel. “I received it under the conditions of the compassionate act,” he points out. “Which means that I supplied to patients for free; it was a labor of love.” 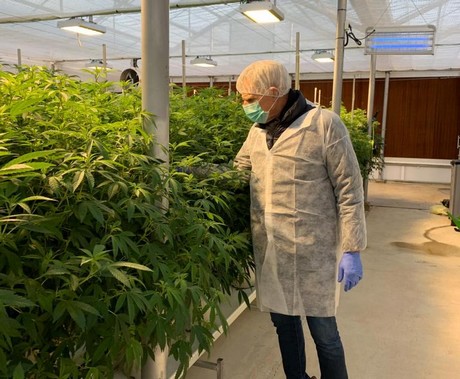 A highly regulated cultivation
Thus, as soon as large-scale cultivation in Israel became regulated, Neri applied for a license and received it. Because of his great experience, he was pretty much aware of what growing medical cannabis under the supervision of the government entails; at the same time, he has seen a number of cannabis growers struggling with such a transition. “The biggest challenge is to stay clean,” he remarks. “This is because we are tested at the end of the process, and if the material is not clean, it goes in the garbage.” According to him, such a struggle has its roots in the previous illegal status of the cannabis plant, which translated into having no standards at all with regards to crop protection material, for instance. “The new pharma-grade cannabis translates very simply into having no ability to use anything that was allowed in the past,” he points out. “We are only allowed to use natural products that have crop protection effects, such as neem oil. However, the real point here is that you need to control your operation, which also includes your staff, which should be very army-like in that they are required to follow procedures strictly. You need to have meticulous practices of sanitation: cleanliness, disinfecting, staff changing clothes – it really comes down to small things. For instance, we always use alcohol on our scissors, in order to sanitize them before going to another plant, as this would prevent cross-contamination.” 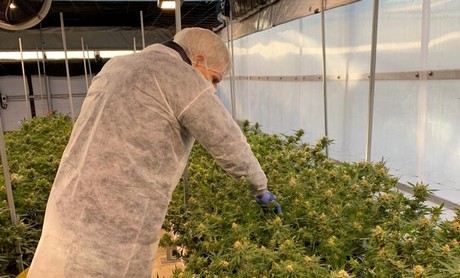 Root zone temperature
At the same time, the success of a medical cannabis facility is not only based on the cleanliness of the environments, but it is also based on the level of efficiency of the operation as a whole. “This is why we make use of Roots Sustainable Agricultural Technologies' solution,” Neri says. “When the root zone temperature of any plant is below 13-14 degrees Celsius, there is zero activity in the plant whatsoever. This means that even if the soil were soaked with nutrients, the plant is not going to take anything because it is too cold. Keeping the root zone temperature heated, or at a steady temperature year-round, allows you to deal with all kinds of extreme environmental conditions. The plant doesn’t really mind if the leaves are cold, because, in the worst-case scenario, they might just change color. To put it bluntly, the root zone is where the temperature is necessary to create all the processes happening in the plant.”

According to Neri, root zone heating and cooling is not a new science, but Roots Sustainable developed a solution that makes it particularly easy to implement in any kind of operations. “The Roots system is very diversifiable,” Neri points out. “Root zone temperature control has been known to farmers for many years, and it has been used in all kinds of methods. However, the Roots system is a very plug-and-play system: for instance, it can be used either in pots or soil. If you are a big, outdoor grower, you just put the Roots system infrastructure underneath the ground, and then it’s ready to go. Same thing applies to cannabis growing, where the system can be connected to every pot.” 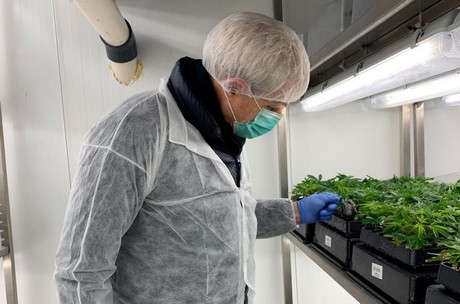 As Neri points out, the sooner medical cannabis can be produced at max efficiency, thus driving the prices down, the sooner it will help those countries where access to pain-relieving medicines is particularly tough. “If a grower knows their business, cannabis can be produced for cheap, which then affects the end-prices,” he points out. “Thus, it can be used to sustain all those third world countries in alleviating patients’ conditions.”