The EU is considered to be one of the most profitable cannabis markets, with many countries that have implemented medical cannabis regulations with a special focus on quality and patient access. Indeed, medical cannabis medicines are usually paid for by the national healthcare system, as happens in Italy. “After Germany, Italy is the second biggest medical cannabis market in Europe,” Sergio Martines, CEO of Canapar, explains. “For the most part, Italy relies on imports; only the army is allowed to grow medical cannabis here, and they do it in a lab in Florence.” 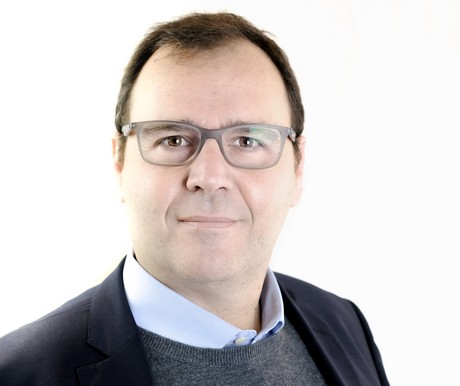 According to Sergio, though, Italy could even be the biggest market in Europe, if it wasn't for the limitations when it comes to the growing. “Anyway think that in the future, the production of medical cannabis would also be given to others outside of the army,” he observes. “However, it is still a chicken and egg situation.”

Focus on domestic supply
At the same time, Sicily was the first region in Europe that allowed for reimbursed prescriptions of medical cannabis. “The demand will grow even more, it is only a matter of time,” he continues. “And as doctors get more educated, they will feel safer in prescribing medical cannabis.” That is why, according to Sergio, EU countries will be more focused on supplying the domestic market rather than betting on exports from the get-go: “If you look at countries such as Germany, or Denmark, it seems quite clear that their main concern is to develop a steady and healthy domestic medical cannabis supply chain.” 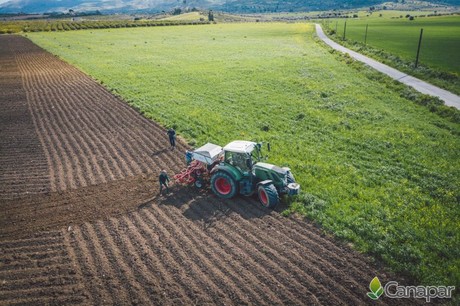 The advantages of Italy
Canapar is a hemp company that produces CBD extracts and oils. “Italy is one of the few countries where a grower is not required to have any hemp growing license,” he further explains. “They just need to comply with the rule and use EU-certified seeds only.” But on top of that, Italian hemp growers have another advantage compared to their foreign colleagues. “If a crop has a too high THC percentage and even gets to 0.6%, they do not have to destroy it. There are still some grey areas regarding this, as in: what to do with such a crop, then? That is exactly the reason why we are working hard to make these rules clearer. Companies thrive in regulated markets; if there are some grey areas, you can expect troubles.” 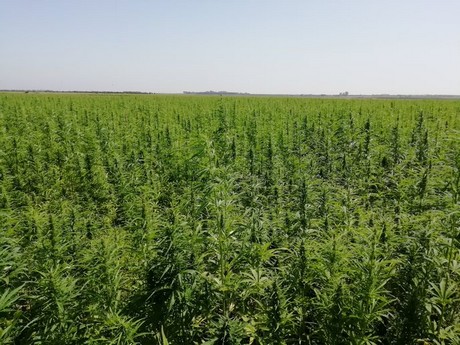 The clarity in regulations could make Sicily the most important hemp producing region in the EU, according to Sergio. “Generally speaking, Italy has a history of growing hemp and it is regarded as one of the most important countries when it comes to growing hemp,” Sergio continues. “With more fine-tuned and clear regulations, Sicily could become one of the most prominent regions for hemp cultivation and processing.”

The effects of the global pandemic
Canapar is currently building one of the largest hemp processing centres in Europe. Yet, the construction process was slowed down by the global pandemic. “Italy has been under lockdown for 3 months,” Sergio says. “Thus, the finish line has been postponed and we expect to commence production in October.” At the same time, cultivation was not affected by the lockdown. However, the halt to the processing plant resulted in less need of biomass, Sergio further explains.

Collaboration with universities
During the first year of activity, Canapar cultivated almost 1/3 of Italy’s hemp production, also thanks to the strict SOPs that the company has made together with the University of Catania. “Our growers follow our strictest standards,” Sergio says. “But also, we always check our fields for chemical residues, and we closely follow the field preparation before the sowing until the very last phase of the growth. At that point, we directly carry out the harvest. Everything is made under GMP-certified standards.” 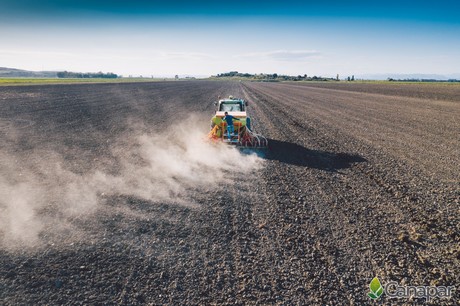 Thus, things are moving a little slowly in Italy, yet in a steady fashion. “The land in Southern Italy is particularly suitable for hemp growing,” Sergio remarks. “On top of that, the biggest advantage of Italy is the possibility to exceed the THC percentage to a max of 0.6%. When it comes to the nutraceutical and pharmaceutical segments, corporations look at the CBD market and prefer to opt for European products; bluntly put, these are considered to be more trustworthy compared to products coming from other countries.”

That is one of the main reasons why Canapar is also focusing on R&D; for that purpose, the company has partnered with a number of Italian universities such as the University of Catania – which made the SOPs for Canapar – the University of Messina, of Modena and Reggio Emilia, and La Sapienza. “We believe in the pharmaceutical and in the research,” Sergio points out. “We strongly believe in Europe’s potential to be the leader of the global hemp industry. Not only because there are more than 500 million people living here – thus representing a very profitable market – but also because regulations are coming online and improving step by step, setting a high bar for quality standards.”