Cannabis is the answer to declining state revenues

As states grapple with flagging tax revenues and soaring unemployment as a result of the COVID-19 pandemic, governors, and state legislators are going to face a quandary: either cut back on programs voters like or increase taxes to keep them funded. According to a recent assessment by iUNU, many legislatures will look to the booming business of legal cannabis as a revenue source.

“For those states that have only made incremental steps towards legalization within their jurisdiction… there’s going to be pressure to initiate, whether it’s through medical marijuana programs or the expansion into recreational,” said Martin Glass, a partner at Jenner & Block who specializes in mergers & acquisitions and securities transactions.

In recent months, the average per-store retail sale of cannabis increased in legalized states – a telling change given the current state of the economy. Other facts – a loyal consumer base, proven health benefits, and strong external investment – all point to a dependable industry. Mr. Glass saw this as a sign that cannabis is more stable than most believe, stating, “The industry has proven to be quite resilient… it has absorbed the COVID-19 shock very well.”

Not only is cannabis a dependable industry, it’s also an expanding one. In 2019, global revenue rose to $15 billion, a 48% increase from the prior year. By 2020, economists expect that number to reach $20 billion. Kristin Baldwin, Executive Director of the Cannabis Alliance, added some perspective. “Right now, we’re at about 240,000 people employed according to the latest numbers I have. Maybe even 250,000. In King County, which is the largest county in Washington and where Seattle is, we had a 22% increase in sales in March alone.”

In the United States, the revenue from annual sales increased by nearly 40% from 2018 to 2019, rising 3.3 billion over the course of the year. This growth is expected to continue at a similar rate in the coming years, forecasted to hit $29.7 billion in revenue by 2025. These growth statistics are impressive, and especially attractive as state legislatures and governors search for options to balance their budgets.

The industry also is logging similarly impressive growth on the employment side. The cannabis industry was recently dubbed “the fastest growing job market in the country” by CNBC, leaping an estimated 110% from 2017 to 2019 and hitting six figures in real numbers during that three year period. The industry turned in those impressive numbers while constrained to 33 states (11, if evaluated from a recreational standpoint), leaving plenty of room for growth. 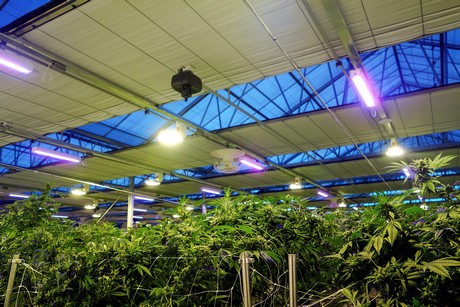 Heading into budget negotiations in 2021, states are facing huge revenue gaps. Right now, those dismissing cannabis are, as Mr. Glass said, “leaving a lot of money on the table” by failing to take advantage of a major economic resource. Not only does the industry produce tax revenue to expedite states’ recoveries, as legalization expands the cannabis industry has the ability to provide thousands of jobs.

Still dubious? Ms. Baldwin shared this fascinating piece of information. “It’s a generational shift that’s occurring as we speak. The fastest growing consumer group in cannabis right now is women over the age of 40.”