Selecting genetics for your cannabis cultivation

Already over the past year, the cannabis industry has witnessed major changes. In a way, it feels as if the times when setting up a cannabis business was all about the hype are long gone; yet, the stories of those companies have dominated the news in the past, and it is still very clear in the memory of everyone in the industry what the consequences of overhyping are. If we had to list all of them, it would take up a whole book. So, as ancient Romans taught us, it is better to divide and conquer.

Fewer varieties, better quality
One of the consequences of the hype that surrounded the initial phase of the cannabis industry was growers cramming their cultivation spaces with many different varieties. This was mainly caused by the rush to put as many different products as possible into the market. Not only that, as these varieties were mainly selected because of their THC, and in a smaller part because of their CBD, content. However, there are multiple issues with such an approach, both from a cultivation and a business standpoint. 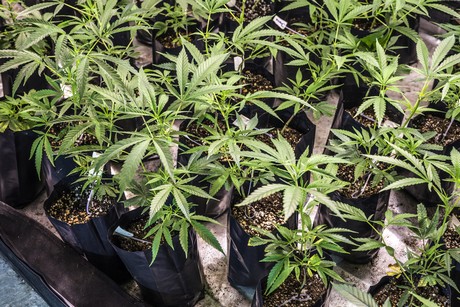 If one looks at more ‘traditional’ horticulture growers – and by traditional, I mean tomatoes, pepper, cucumbers, and so on – you would see that their cultivation facilities focus on one, maybe two different varieties. This because each one of these has specific requirements in terms of the growing environment, and what could work for one might not work for another. The same principle applies especially to cannabis: this plant is less forgiving than other more common crops, and a slight change in the environment can result in big differences in terms of yield. Thus, if a cannabis business is considering which varieties to introduce in the cultivation, the focus should be on quality rather than quantity. But also, when it comes to making such a decision, it is critical to take into consideration the market.

Consider the future market
Other than looking at the growing conditions of the varieties, it is also important to look at the cannabinoid content. As said, the industry has been mainly focusing on THC and CBD. As the research on cannabis keeps advancing and new cannabinoids are discovered, new market segments will most likely open up. That’s why if a grower selects the varieties based on THC and CBD only, they will have to start over when the market will demand different cannabinoids. 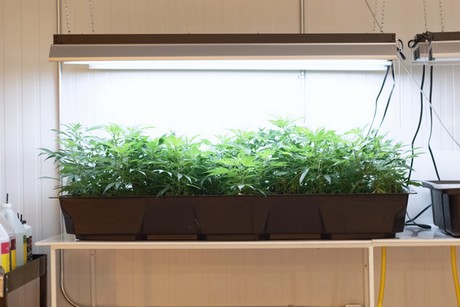 There are different ways to acquire cannabis varieties: some companies have a breeding program through which they create original genetics, while others outsource plants from propagators. There are pros and cons to both of these approaches. A breeding program might bear an extremely positive result in the long-term. But the problem is that before it is possible to get to stable genetics, many trials need to be done, which is very time-consuming. Not to mention the physical space that such an operation takes up. On the other hand, outsourcing the starting material might offer a quick start, but there are some risks in this as well: that is why it is best practice to quarantine the plants before they are introduced in the growing room so that any potential pathogen can be spotted and taken care of before it becomes a big issue.