“If you are not building vertically now, you are going to find yourself far behind the competition”

Even though a new year has just started, the cannabis industry is still facing some long-time challenges. Although cannabis cultivation is a subset of horticulture, it is nothing like growing, say, tomatoes and peppers. There might be some similarities, such as efficiency and consistency that should be the top priorities of every grower. Yet, cannabis needs a more regulated environment than vegetable growing. Furthermore, growers are often limited when it comes to growing techniques and methodologies. That is why the cannabis industry keeps innovating and deploying the most advanced technologies, which is allowing growers to overcome those challenges that at first might have seemed insurmountable.

How to increase efficiency
Flora Terra is a microbusiness based in California. The company has a nursery, a cultivation, and packaging and distribution licenses. “The cultivation is about 10,000 sq. ft., while the nursery is about 4,000 sq. ft.,” says David Wingard, CEO of Flora Terra. “We have a full post-harvest team, which trims everything by hand, from beginning to end.” 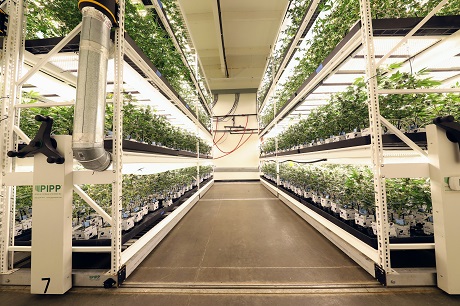 Before Flora Terra could make everything work, they had to undergo some hurdles that eventually allowed them to improve their efficiency exponentially. “Here in Santa Rosa, CA, we pay by the square foot,” Robert Sandow, Director of Cultivation with Flora Terra, says. “When we were planning the facility, we realized that the traditional build out of things made a very inefficient use of space. That’s why we ultimately decided to go vertical.”

Addressing the workflow
During the design phase, there were a number of things that Robert and David were considering, especially while keeping an eye on the future. Robert says “The biggest challenge when it comes to cultivation specifically is to control the environment.” Robert continues “But the biggest, additional challenges come from a workflow perspective: you need to make everything work together, in terms of timing and scheduling, while maintaining the consistency of the product. For instance, you don’t want to transplant while you are doing the harvest; this has consequences for the environment as well, as each phase needs that to respond to certain parameters.” 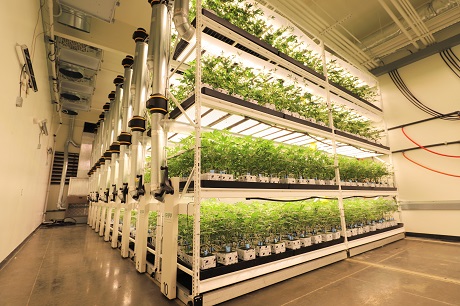 Going vertical allowed Flora Terra also to improve the workflow. “Our mobile vertical racking system by Pipp Horticulture is a key part of the operation,” he says. “These are extremely easy to move and to operate. But on top of that, since we can cram more plants into a confined space, and then move the rack, we get cross lighting better so that each and every plant eventually gets the same amount of light.” 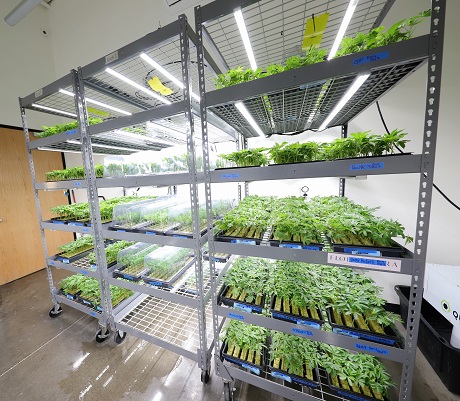 A head start over the competition
When Robert and David were designing the facility, there were only a handful of people growing vertically. “Pipp Horticulture was one of the first producing vertical racks, and that gave them a head start on the competition,” David remarks. “Using their system benefitted us immensely. We can build our entire room with 4 levels of canopy. Additionally, we could make one mobile aisle, thus saving up to 40% of the space, allowing us to work on a much denser canopy area.” 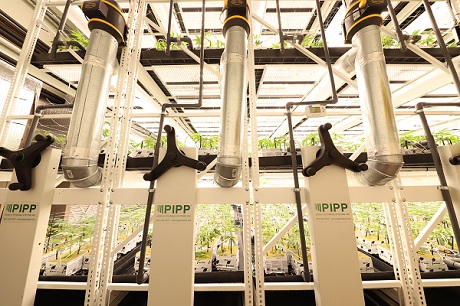 Besides, according to David, vertical farming will represent not only the future of the cannabis industry, but also the future of horticulture in general. “We can’t build more land,” he remarks. “Yet, we still have a lot of room to go up. I think that everybody will have to go vertical, and also use LED lights. These are going to get better, and when coupling this with vertical racks, you can have smaller plants, but lots of them, thus ultimately increasing the yield. In the next 18 months, we are going to triple our canopy.” 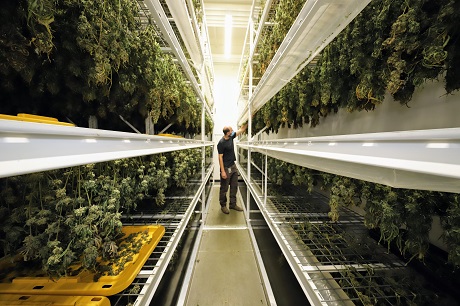 “Vertical racks and LEDs will be the king of the indoor industry,” Robert observes. “If you are not building vertically now, you are going to find yourself far behind the competition.”