A webinar by Richel Group and Priva

Last December, Richel Group, together with Priva, have organized a webinar titled “A Journey in Medicinal Plant Cultivation”. Paul Herment with Richel Group, and Timo Tarkiainen, and Paulina Komorowska took on the stage to discuss the intricacies of growing cannabis at scale.

The first part of the webinar, presented by Paul Herment, focused on a review of scientific publications on cannabis, to understand what the state of the art of cannabis research is.

Paul’s presentation was divided into four parts: first, he looked at the effects of light and temperature on cannabis, and then the effect of these on plant’s transpiration; after that, he explored how the cannabis plant reacts to CO2 supply; lastly, he discussed some estimates of profitability by taking into consideration everything that was touched upon thus far. 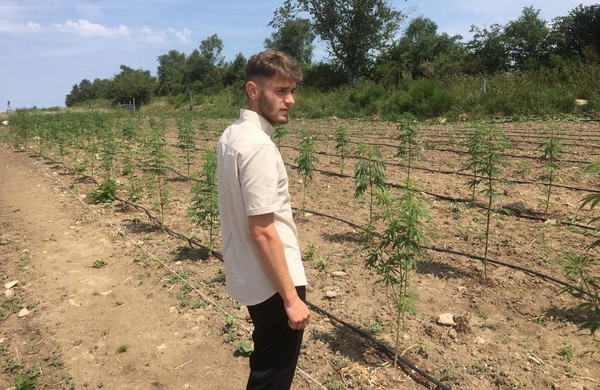 By quoting research conducted by the University of Mississippi, Paul explained what the best parameters to grow cannabis are. The research was carried out by using different cannabis cultivars, and by changing some variables, such as light intensity and temperature, the study aimed at understanding what an optimal environment for a cannabis plant to thrive was.

Given the optimal parameters under which cannabis thrives, the researchers applied them to see the transpiration rate of the cannabis plant. Thus, they found that a cannabis plant can transpire 0.25 to 0.30 l/m2/h, up to 0.5l/m2/h under extreme conditions. When they changed the temperature and the light, the transpiration went to 0.15-0.40l/m2/h. “This demonstrates a very strong correlation between light and transpiration,” Paul said.

Then, when researchers analyzed cannabis behavior under different CO2 concentrations, they found that transpiration decreased as photosynthesis increased.

Considered all the aforementioned findings, it is then possible to estimate the profitability of a cannabis operation, by calculating how much light plants need throughout the day. Paul used the city of Los Angeles as an example and demonstrated how profitability is achievable, even if the price per gram of flowers decreases. “Cannabis is a high-value crop,” he said. “Investments are very much profitable. Even in the worst-case scenario, turnover is much higher than the cost.”

To see the full webinar by Richel Group and Priva, click here