With an increasing awareness among cannabis consumers about cannabinoids and their potential areas of application combined with the rise of advanced breeding techniques among cannabis seed producers, the quest for special cannabinoids has never drawn so much interest and enthusiasm. THC and CBD will most likely remain the two main cannabinoids for a long time in the market. But cannabis varieties rich in special cannabinoids such as cannabichromene (CBC), cannabidivarinic acid (CBDVA), alongside cannabigerol (CBG) hold the potential to become true cornerstone product lines on their own.

Understanding THCV
Among these minor cannabinoids, tetrahydrocannabivarin (THCV) appears to be particularly interesting to consumers. Like CBD and THC, this cannabinoid is initially produced by the cannabis plant in its precursor acidic form of tetrahydrocannabivarin acid (THCVA). Cannabigerovarinic acid (CBGV), a central precursor, converts to THCVA which itself eventually converts into THCV when exposed to heat or light. One of the multiple reasons for the THCV hype is the way THCV is thought to work in the human body. 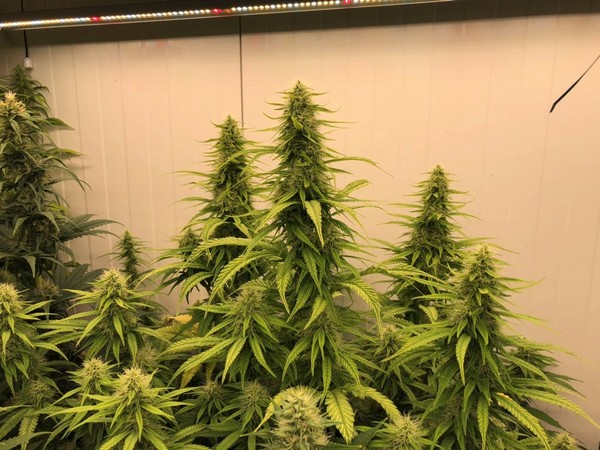 Despite a similar molecular composition, studies showed that THCV actually works as an antagonist against THC: “Like THC, THCV binds strongly to the CB1 receptors and CB2 receptors, but THCV has a different effect than THC and does not produce the 'THC-like high' effect,” explains Itzhak Kurek, Ph.D., CEO and co-founder of Cannformatics, a Northern California biotech company that uses bioinformatics for the benefit of medical cannabis science. 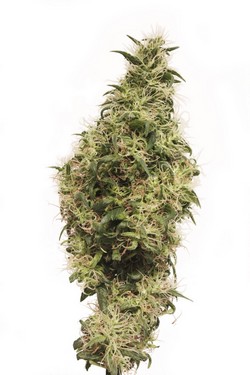 Numerous other medical studies led by independent pharmaceutical entities corroborated this piece of information, highlighting various potential areas of application in medical cannabis (appetite suppression, diabetes, epilepsy, Parkinson's disease, schizophrenia...). While more medical research is required to discover the full potential of THCV, the scope of health benefits revealed is offering golden perspectives for the future of the cannabis market.

Growing high-THCV content cultivars
As a leading breeding company with over 30 years of experience, Dutch Passion aims to push the research forward with the release of THC-Victory®, the first commercial THCV-rich cannabis variety to ever hit the market. “Until the arrival of THC-Victory, there were some varieties with elevated levels of THCV. Anything from 0.5% -1% THCV was regarded as a high level. Dutch Passion THC-Victory has THCV levels of around 6-8%, with a similar level of THC. This is a significant improvement over previous THCV breeding efforts,” says Mahmoud Hanachi, head of genetics at Dutch Passion. 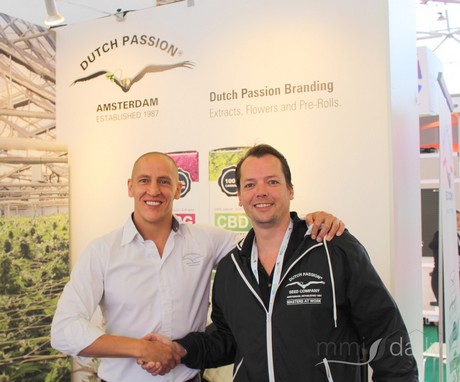 On the left, Mahmoud Hanchi at the Greentech 2019, Amsterdam

Mahmoud continues explaining that THC-Victory has been developed under LEDs. “LED lamps give us a broader spectrum, and indeed plants respond better: for instance, terpenes are better conserved because of the lack of excessive heat coming from the lights. On top of that, LEDs provide an evenly spread light,” he says. “Indeed, most of LPs working with genetics are using LEDs. That is why we also strongly advise growing THC-Victory under LED lamps with broad spectrum.”

THC-Victory® has heritage from the same gene pool as the popular CBD Compassion® and CBD Charlotte’s Angel® strains, with comparable characteristics in terms of cultivation and terpene properties. It is a medium-sized Sativa-dominant strain with an open structure and manageable levels of stretch. This first THCV-rich variety can be slow during early vegetative growth but usually picks up speed and vigor after the 3rd internode. She produces medium/large yields within 11 to 12 weeks of bloom.

Other major observations made during the breeding process and first test-grows include the nice-looking appearance of the long buds, their pungent smell with a terpene profile leaning towards the citrus side of the spectrum. “More importantly THC-Victory® showed uniformity among most of the grown plants, making it even more suitable for a large production with standard processes,” Mahmoud concludes.