While this unique solution to space constraints delivers numerous benefits, it also comes with unique issues. One such issue is microclimates, where,  due to a lack of proper airflow, environmental parameters such as humidity and temperature may differ from the surrounding area. Another issue is the lack of efficient or complete drainage. This is due to the level positioning of the racks which affects the positioning of the trays, resulting in uneven water uptake by the plants. All cultivators using vertical systems deal with microclimates and drainage issues, and both issues result in reduced yield, crop inconsistency, and the diminished quality of finished plants.

The Solution
Manufactured by Integrated Hydro Solutions, the Dual Draft Integrated Airflow System features a novel design that integrates an advanced airflow duct system directly into the plant tray. The system is designed to move air through the plant canopy from below, as well as move air down onto the plants from above. 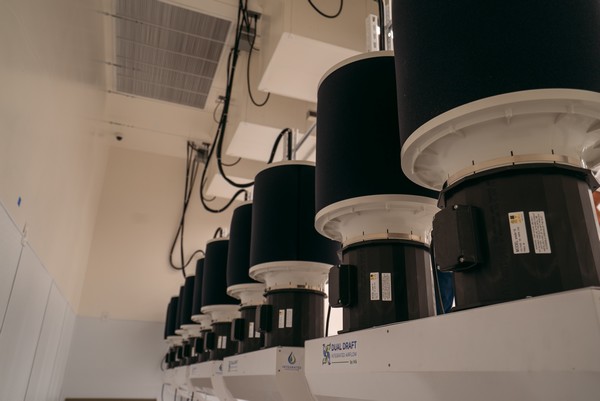 Alternative solutions to the Dual Draft only supply airflow above or over the plant surface. Dual Draft’s unique and proprietary delivery method, under canopy and above canopy, is a significant differentiator in the market. The Dual Draft resolves both the issues of microclimates and drainage in vertical farming systems by combining the proprietary air movement system within a fully draining plant tray system.

Dual Draft Installation at a Multi-Tiered Facility
While mechanical controls have not succeeded in resolving the issue of airflow into the canopy from the HVAC perimeter, a California cultivation facility is utilizing the Dual Draft Integrated Airflow System to maximize canopy penetration. 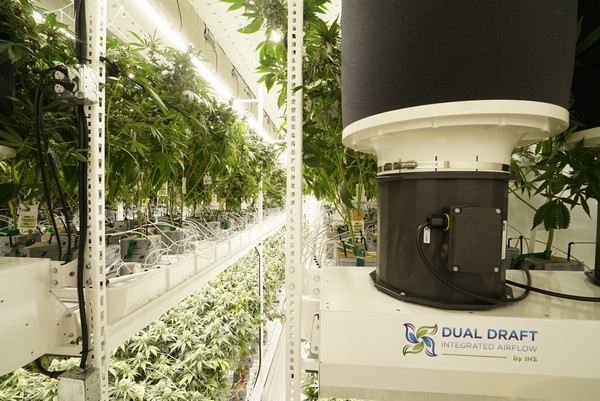 The Dual Draft was installed on a multi-tiered racking system covering 4576 square feet of canopy. The system was measured as maintaining consistent air velocities over 2 m/s along a 50-foot duct run. The system uses efficient industrial-grade fans which offer 1380 cfm per fan as well as a proprietary fan box design. 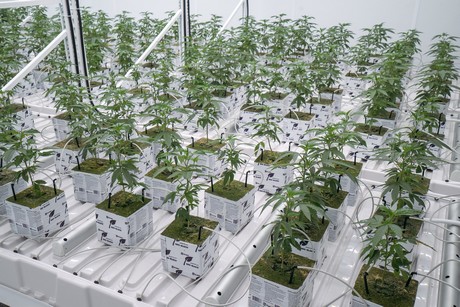 Additional measurements above and below the canopy in rooms using Dual Draft versus rooms with typical air movement systems, indicated a significant reduction in microclimates.  Not only does the velocity allow the air to penetrate into the canopy, but it also consistently homogenizes air throughout the cultivation space.

Learn More about Dual Draft
The Dual Draft system can be installed on existing racks from all major manufacturers, or the system can be designed as part of a new project. 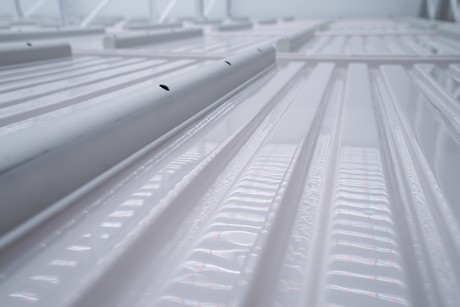 The Dual Draft Integrated Airflow System will be on display at urban-gro’s trade show booths at NECANN Boston (September 10-12) and MJBizCon (October 19-22).