Considerations on optimal use of light spectrum

The first enzyme in the cannabinoid pathway is the tetraketide synthase (TKS) which requires the presence of olivetolic acid cyclase (OAC) to form olivetolic acid (OA). The reaction of geranyl pyrophosphate (GPP) with CBGA synthase forms CBGA, which is converted by oxidocyclase enzymes into the major cannabinoids THCA and CBDA (biogenic acids of THC and CBD).

It is important to point out that TKS is an enzyme; more specifically, it is an enzyme type III PKS. Thus, its performance can be compared to other studies done with higher plants. “Plants have evolved a complex photoreceptor system to perceive red and far-red, green, blue UV-A and UV-B light,” says Amir Abbas with J. Huete. “Photoreceptors activate various transduction signals to regulate light-dependent responses via transcriptional factors and related gene expression. For example, strawberries treated with blue light showed a significant increase of anthocyanin content and transcript levels of a FaCHS, the most important enzyme in the biosynthesis of flavonoid and anthocyanins. 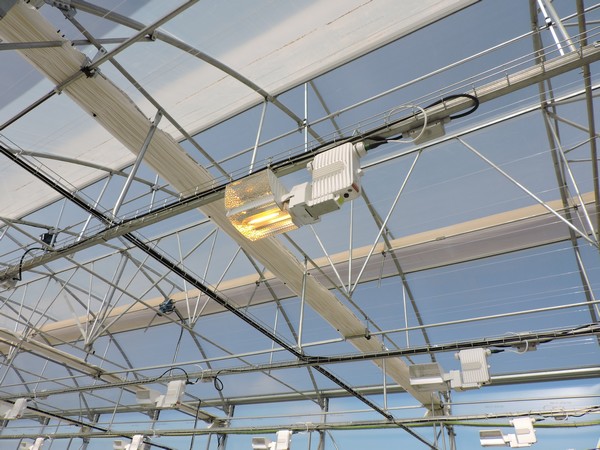 Cannabinoid content
Blue and UV wavelengths have been previously reported to have a positive effect on the synthesis of many secondary metabolites in multiple species. Then, researchers studied the effects of light intensity and light quality on cannabinoid content in plants grown in greenhouse conditions with altered spectra using different colored filters. They concluded that higher light intensity increased the amount of THC, CBC, and CBN. “Bluntly put, blue and red light positively affected THC accumulation in leaves, whereas a green or dark environment had a negative impact compared to the control (natural light),” Amir says. “Green light has also been shown to act antagonistically to other blue light-induced responses, for example, stomatal closure or anthocyanin accumulation.”

The role of the light environment
Some studies concluded that optimal spectrum for a specific photoperiod scheme may have diverse beneficial effects on cannabis growth, yield, and cannabinoid profile. “It means that the light environment plays an important role in the size, stature, and accumulation of cannabinoids,” Amir continues. “During long photoperiod a low R:FR ratio is preferable to make more developed long cuttings, while during a short photoperiod a high portion of blue irradiation is suitable to improve the medicinal value of cannabis (cannabinoid content).” 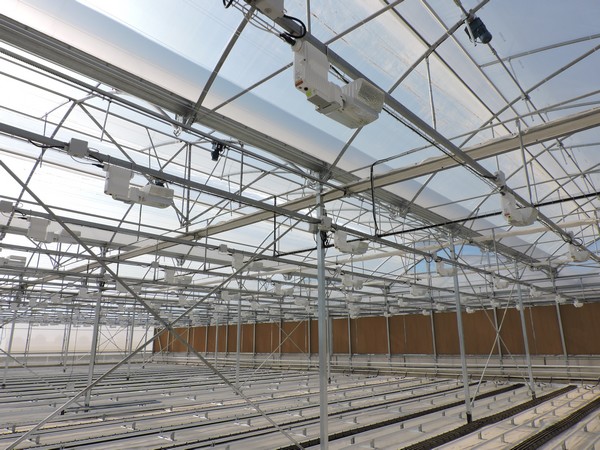 Without a doubt, there are many mechanisms and metabolic pathways to study but, even so, it has been shown that the optimal use of the light spectrum makes a big difference. The era of the search for the best combination of different wavelengths for each phase of plant growth begins. “At J. Huete, we collaborate with highly experienced lighting companies with countless successful projects under their belt,” Amir remarks. “Together with them, we consider each and every variable so that we can come up with a plan that aligns with the operational goal and eventually allow growers to put into the market the highest quality products.”