“At 2,500 times smaller than a single grain of salt, it may be hard to believe that nanobubbles have any significant effect on your cannabis plants. However, the ES P-150 system produces accelerated growth, healthier root zone, and boosted plant health. The ES P-150 Dissolved Oxygen System is the lowest-priced and most effective dissolved oxygen solution available in the cannabis market. It is capable of increasing dissolved oxygen levels 500-600%.” 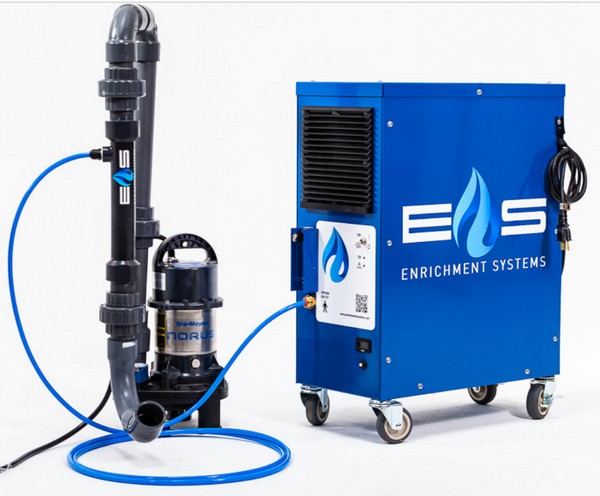 'Nanobubbles', more frequently referred to as 'ultra-fine bubbles' in scientific literature, are gas bubbles no larger than .1 micron. Nanobubbles display very unusual properties in that they are not physically buoyant and therefore remain in suspension for long periods, up to weeks in some instances. Airstones and bubblers do very little to increase dissolved oxygen levels. “Enrichment Systems now makes it easy for all cultivators to integrate this simple, intuitive equipment, unleashing the massive potential of tiny bubbles for every grow,” Rex concludes.