“Geographically, Colombia’s location is very advantageous for cannabis cultivation. We can cultivate up to five cycles per year and use the sun, which makes it very competitive in terms of cost,” explains Mauricio Krausz, General Manager of Plena Global, operating in Colombia through Econnabis S.A.S. Being only the fourth company to get licensed in Colombia, they have been building their company since 2016 and currently have five hectares of production. Together with Stefan Meyer, Chief Strategy Officer, they discuss their production process as well as the developments of the Colombian cannabis market. “By now, everyone has realized that cannabis is not like coffee.” 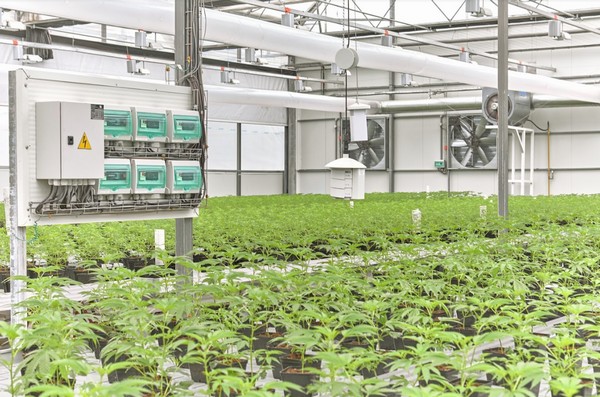 A developing market
In 2016, Krausz was the co-founder of the Colombian-based operating company Econnabis. In 2018, they got in contact with Plena Global, a Canadian Holding company. “They were looking for operating projects in jurisdictions where regulations were being developed. They were very interested in Colombia because of its advantageous location. Moreover, Colombia’s legalization considered the export of not just CBD, but actual THC as well.” Until last year, the Colombian cannabis industry was an extract-based market. In July 2021, the president announced that the country would now be allowed to cultivate and export flower in jurisdictions that allow it. “We are currently in the last steps of finally being able to export. This is very exciting for us, as we can now fully exploit our geography and expertise. We are seeing the market growing and establishing itself, and our goal is to guarantee our clients a steady supply.” 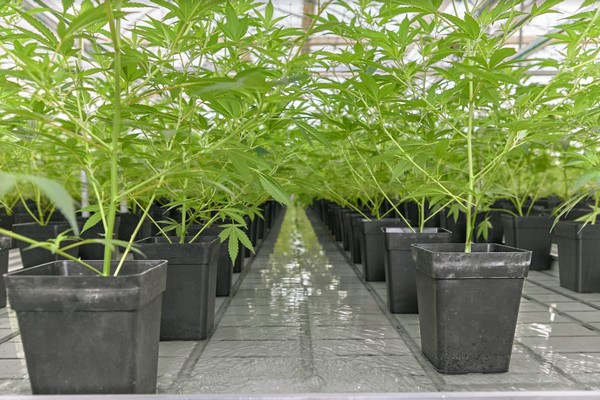 Cannabis is not coffee
According to Stefan, the early stages of the Colombian cannabis market opening up was met with a lot of enthusiasm from investors. “The typical sales pitch would start with: how much coffee in Starbucks is produced in Seattle, where their headquarters are located? The answer is none. The overwhelming idea was that the same would be the case for cannabis, it would be coming from Colombia. However, coffee is not a controlled substance. Moving coffee around is much easier than moving around cannabis, which can be complicated to export. Over time, investors’ enthusiasm started to decrease dramatically when they realized exports and sales were not as immediate as they had hoped.” In the meantime, new laws that allow the use of medical cannabis are making their way through the LATAM region, where Peru, Ecuador, Mexico, Brazil, and Argentina are the latest places to pass legislation allowing its use. 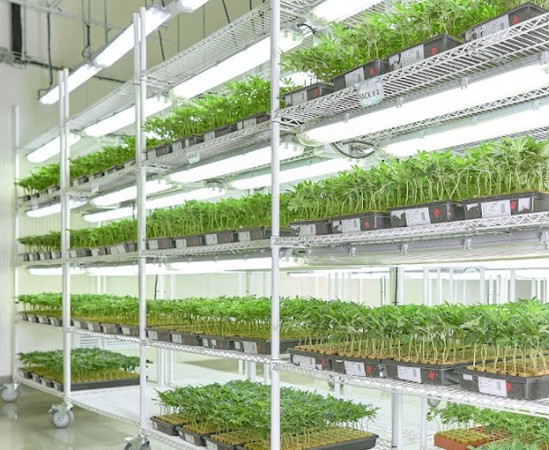 2400 PAR light intensity
Econnabis and Plena, however, not only saw the benefits of Colombia’s location but decided to also bring in the best technology, in order to optimize their production. “We have one hectare of Richel greenhouse from France, which was the first to be installed in Colombia. It was a bit of a challenge as we didn’t know how to build it and we even had to bring in people to help us. But now we have some of the best technology available, combined with the best knowledge and great growing conditions.” Regarding the climate, Stefan explains that Colombia gets 12 hours of light all year round, which means that you can flower at any moment. “In the mornings, the sun is so bright outside, around 11:30AM we have about 2400 PAR of light intensity. This is about three times the amount of a 1000 Watt artificial light. Due to our elevation of 2500 meters above sea level, it does get cold at night. The plants respond to this very well, and the light intensity really has a boosting effect on their metabolism.” 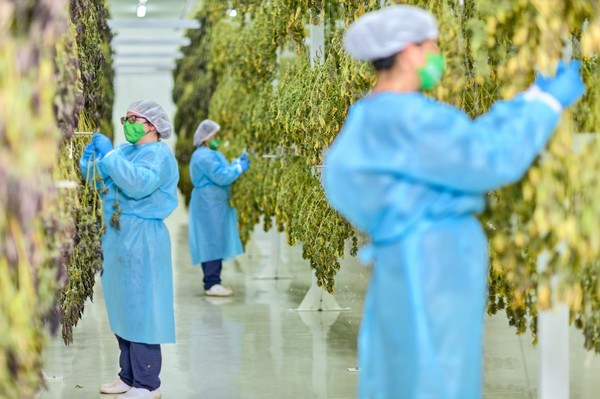 And in order to control the climate, they are using the technology of their Richel greenhouse. “We use shading nets to control the amount of light intensity that is coming in. We also have a water-based heating system below the tables for the colder nights. When the afternoons get hot and dry, the water walls on the sides increase humidity, lower the temperature a bit and keeps the airflow going. Luckily this is sufficient in terms of climate control and we are not in need to implement HVAC for controlling the climate of the greenhouse, as we are located in a natural area with practically no risk of contamination. All of our cultivation processes are certified by Control Union under the CUMCS-GACP program, and our post-processing of flower is in compliance with EUGMP standards.” 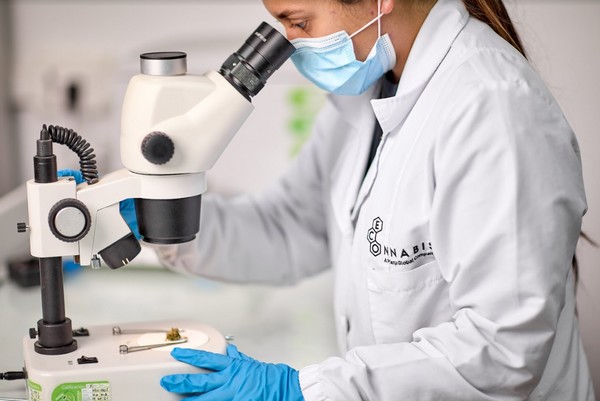 The remaining four hectares of production are under “Colombian greenhouses”, which use a metal pole structure covered by plastic. “Four hectares of these greenhouses is worth less than just one hectare of our Richel greenhouse. Still, they provide us with benefits. They keep a bit of the cold form the night, and we are able to regulate the irrigation if we have a few days of rain. We have done some fully outdoor trials, but we were not satisfied with the results. By using these Colombian greenhouses, our production improved dramatically.”